VIEW: An Advocate for Feminism

by Suzann Willhite
1191
Feminism grounded in solidarity as opposed to 'success'.”

I wear issues I care about on my t-shirts, hats, buttons and masks. It is my billboard approach to promoting the Equal Rights Amendment (ERA), sensible gun laws or liberal politics. One of my buttons states “I am a Feminist.”  Another reads “Feminism is the radical notion that women are people.”

Feminism is getting more attention now for several reasons. One reason is that the COVID-19 pandemic is negatively impacting women to a greater degree than men. Another reason is that more women are in leadership roles and holding political offices. We now have Kamala Harris as the first woman Vice President of the United States — a symbol of women’s success.

Yet, I read an article in The New York Times by Kim Brooks titled “Feminism Has Failed Women.” What? Isn’t that blaming the victim? How can feminism fail when women have not had the power to make positive change in our society?

Okay, so it was a provocative title for a story that in actuality advocates “a new feminism, one that understands that the politics of motherhood are inherently intersectional for the simple reason that while not all women have or want children, those who do come from every race, sexual orientation, and socioeconomic background. It would be a feminism grounded in solidarity as opposed to ‘success’.”

Chimamanda Ngozi Adichie’s book, “We Should All Be Feminists,” speaks to the question of “Why the word Feminist? Why not just say you are a believer in human rights, or something like that? … is to deny the specific and particular problem of gender.”

I had to look up the definition of feminism. The Merriam-Webster Dictionary defines feminism as the “belief in and advocacy of the political, economic, and social equality of the sexes expressed especially through organized activity on behalf of women’s rights and interests.”

Not all sources included “advocacy of” in their definition.

Advocacy, and the definition of success, is why feminism has “failed” in my opinion. Tragically, many women and supportive men have been advocating for women’s equality for hundreds of years. There are references to one, two, three, four feminist “waves” in our U.S. and international history, yet we are still fighting for equality in 2021. Women are still striving to succeed in a world designed by and for white men, in which “success” is based on salary, sacrifice, and power.

I believe feminist advocacy and redefining success can be based on solidarity and equity.

Kamala Harris’s mother told her: “Kamala, you may be the first to do many things, but make sure you are not the last.”

When we get opportunities, it is also about turning around and helping other women get ahead. Many men and women in male-dominated professions succeeded by playing by the men’s rules of competition, rather than helping other people navigate to success. They did not change the rules or redefine success when they had the power or ability.

During my career in state government, I worked with several women who were less supportive of helping women than men were. One of my best managers was a man who was fair and open about hiring and promotions. In contrast, I had two women managers who created barriers to women’s opportunities to advance.

After I became a supervisor and manager myself, I consciously advocated for women and BIPOC hiring, mentoring, and promotions. As a beneficiary of opportunities, I wanted to give others opportunities to succeed with a fair paying job and supportive work culture. I helped women balance child care and family responsibilities by allowing them to work remotely pre-pandemic.

Many companies are planning for employees to work more from home, allow flexible work hours, and support teleconferencing technology. These are all work options that can help women and men better participate in work, home, and family responsibilities.

My hope is that the pandemic wakes people up to advocate for more equitable and successful ways of living our lives. Feminism should not be a radical notion but a standard expectation that women (and families) are equal in value and opportunity for success. 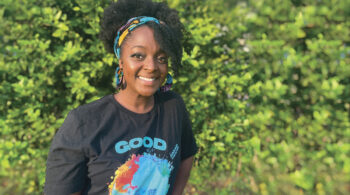 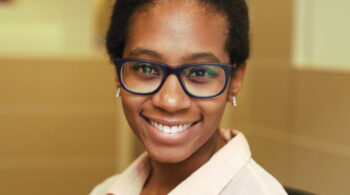