by Delma J. Francis
211
"We are no more post-feminism than we are post-racism."

There is feminism and then there is black feminism.

Modern feminism took root in the suffragist movement of the 19th century, then blossomed in the early 1970s. According to Duchess Harris, black feminism has always been. Black women have always been feminists, whether they called it that or not, she said.

“We’ve always managed,” said Harris, an associate professor of American studies at Macalester College in St. Paul. That is, black women have always taken care of business-at home, on the job, in the community.

The definition of feminism, Harris said, is not allowing oneself to be subjugated in relationships with men. Therein lies the rub among blacks, she said. “I want black women not to shy away from the word. The black community is deeply rooted in Christianity, which holds that the man is the head of the household,” and therefore, the very idea of women holding feminist views is seen as “inappropriate” by some. “They are offended by it. But that’s not what Shirley Chisholm meant,” Harris said.

Educated well
Harris, a petite woman with a contagious smile, hardly exudes the brash persona of the stereotypical feminist, black or white. Her laid-back, easygoing façade cloaks the drive, determination and self-confidence of her more in-your-face sisters.

Harris, 40, grew up in Windsor, Conn., the youngest of four children of an air-traffic controller dad and a homemaker mom. At 14, she won an academic scholarship to Canterbury School, a boarding school in New Milford, Conn., catering to the very wealthy. Less than two hours from home, Canterbury proved to be light years from Harris’ integrated, middle-class neighborhood. She knew she wasn’t in Kansas anymore when a classmate asked, “Where do you summer?” Not understanding the question at first, Harris soon realized the word summer was being used as a verb, as in “Where is your summer home?”

Socially isolated from her wealthy, white schoolmates, Harris was no more comfortable with the other five black students who were all from lower income, inner-city homes. So she focused on academics, and upon graduation headed for the Ivy League, the University of Pennsylvania.

Mentors and more
While she was a student at Penn, Harris encountered two of her black feminist heroes: Mary Frances Berry and Lani Guinier. Guinier was a law professor at Penn when Harris was a student there. Berry was her student advisor and “a role model for me,” Harris said.

As former chair of the U.S. Civil Rights Commission, Berry was both an academic and someone instrumental in public policy. Her advice: “Always have more; always do more” with regard to credentials, Harris said. Berry was named chancellor of the University of Colorado in Boulder in 1976, becoming the first black woman to head a major research university. “She told me, ‘When they pulled my resume and I was the only one with a J.D. and a Ph.D., they almost had to give it to me,'” Harris said.

Today Harris is following in her mentor’s shoes. In May 1997 she earned a Ph.D. in American Studies from the University of Minnesota, writing her dissertation on black women’s organizing in response to Black Power and the second wave of feminism. She was recently appointed to the Shirley Chisholm Presidential Accountability Commission and is scheduled to earn her law degree in December. She is also the spouse of Jon Thomas, an ear, nose and throat physician, and mom of Austin, 11, Avril, 6 and Zachary, 3.

Her recently published book, “Black Feminist Politics from Kennedy to Clinton,” looks at black women’s involvement in American political life and why, in many cases, those women did not succeed. One of the things she writes about is the distinctive nature of black women’s leadership, using the example of Congresswoman Barbara Lee, the only member of Congress to say we should not go to war in Iraq. She writes about the black women who took bold stands alone and weren’t credited for that until 20 years later. Harris said, “We are no more post-feminism than we are post-racism.”

And what about the young black women for whom she is a mentor? “I wish for them self-esteem, self-direction, motivation, life plans with them in the center, reflection and inner peace,” Harris said. 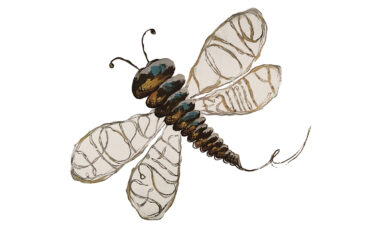 These experiences have taught me that death need not be dreaded or feared. 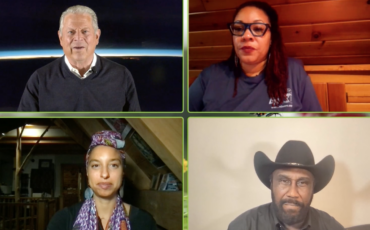