“What Are You Doing Here?”

by Madison Johnston
831
A version of this essay originally appeared as part of the #MinneAsianStories series produced by the Council for Asian American Leaders.

Growing up, I stared at one page in the Girl Scouts summer activities brochure: “Horseback Riding Camps.” I was scared to ask my parents if I could go, because I knew that it was expensive. My silence landed me at a different camp called Sup Sogui Hosu, a Korean language immersion program near the Minnesota town of Hackensack.

Sup Sogui Hosu was my mom’s idea. She wanted me to explore the pieces of our Korean heritage that my grandmother had never made known to her.

My grandmother grew up in South Korea. She watched as U.S. soldiers destroyed the small business empire that her family had built over a generation, and she mourned the pieces of her identity that went with it. Despite this — and protests from her loved ones — my grandmother became infatuated with an American who was assigned to post-war duty in her neighborhood. They eloped and moved to the U.S. at the end of his tour.

I do not want to tell my grandmother’s story for her. In fact, I don’t think I can. There are entire chapters of her life that remain mysterious to me, and many details that she kept hidden in her heart. One thing I can say with confidence is that her transition into American life was not easy.

In order to survive as the only person of color in her new community, my grandmother embraced a posture of assimilation. She believed that in order to belong she needed to become white and infuse whiteness into her children, and their children.

Without saying it, she made it clear that if my mom or my sister and I wanted to learn about our Korean past, we would have to ask questions somewhere else.

So, my summer days were filled with Hangul instead of horses; drumming instead of dressage. I dabbled in calligraphy and Taekwondo lessons. I sang songs that I had never heard before, struggling to get the nuance of the vowels right. I was given a new name, Milan. I was told it means “beautiful lily.” I loved that. In fact, I loved the whole camp experience. There was just one thing that made me feel funny — a question that my cabinmate asked me two days into programming: “What are you doing here, exactly?”

I gave her a confused look.

She giggled and left to spread the news of my imposterdom. I heard the same question again from campers and counselors alike. “What are you doing here?”

The real question being asked of me was, “How do you fit in here?” Most of the campers and all of the staff were 100 percent Korean, and looked like it. I had only 25 percent to offer, and I definitely did not look like it.

“Just wait until my mom gets here!” I insisted. “You’ll see!”

Four counselors started a bet in front of me. They put money down on my ethnic identity. Three of them were sorry on graduation day when my Asian-presenting mother showed up. With her in the room, they looked at me differently. It felt like something crucial had been unlocked between all of us.

I wonder if my seasons at Sup Sogui Hosu gave me a taste of what my grandmother experienced every day of her life — the need to defend myself in the face of an invasive, looming question: “What are you doing here, exactly?” This camp story continues to play out in various parts of my life, reminding me how precious and complicated an Asian identity can be.

I recently traveled to South Korea for the first time. The sun was setting over the mountains in Gyeongju, and the voice of a folk singer washed over me from a park nearby. Her vowels were perfect. It suddenly dawned on me that I carry my grandmother’s story. The things that she experienced live on in me, including the whiteness that she held so necessary. I also carry my mother’s story — the reconciling work and the curiosity that she unearthed.

Madison Johnston (she/her) lives in Northeast Minneapolis and owns a financial advising practice designed to empower young people to pursue liberation, build wealth, and to do good work in the world. She also serves as a supply preacher at Calvary Lutheran Church in Edina. When she’s not working, Madison enjoys spending time with her family and her fiancé.

White America has been in the business of creating false narratives and repressing all contrary evidence “since the time they had to justify turning people into property.” 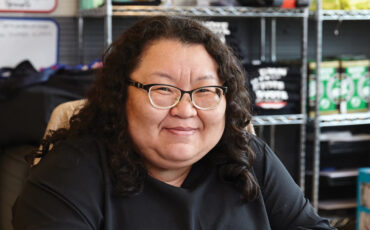 Women Save Our Democracy

Studies and anecdotal evidence show that women lead differently than men and tend to be more collaborative and more civil. 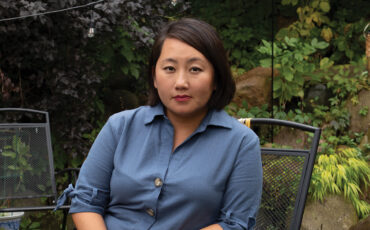 A Portal to Belonging

They remind me that I am not alone — that I am living in space and time with individuals who have survived the unimaginable, who believe still in the goodness of people, and the value of being alive.