January 2021: Immigration In the News

from “Reveal” newsletter, produced by the Center for Investigative Reporting

1. The Trump administration is expelling migrant mothers and their U.S.-born babies to Mexico. (The Intercept)

At least three asylum-seeking mothers say they gave birth in U.S. hospitals, only to be picked up by border agents who swiftly expelled them to Mexico without giving them the opportunity to process their asylum claims or fill out citizenship paperwork for their U.S.-born babies, who by law are U.S. citizens. They were expelled under a CDC order that allows the government to rapidly deport immigrants during the pandemic. But some experts argue that the order doesn’t apply to babies born in the U.S.

The kicker: “The law does not allow for the rapid expulsion of U.S. citizens,” said Nicole Ramos, director of the Border Rights Project at Al Otro Lado, a legal and social services organization that is investigating the expulsions. Al Otro Lado, which has a presence in San Diego, Los Angeles and Tijuana, Mexico, said it is aware of a total of eight mothers in this situation, two of whom it’s lost contact with and the rest of whom remain in Mexico. One such mother, Lupe, was the subject of a complaint filed with the Department of Homeland Security this summer. At the time, CBP claimed that she had departed voluntarily with her toddler and chalked the situation up to a fluke. In an interview with The Intercept, Lupe said that not only had she not been asked about the expulsion or given affirmative consent for her citizen child to be expelled alongside her, but also she wasn’t even aware that she was being turned back to Mexico until she saw the Mexican border agents waiting for her.

2. Detained immigrants in facilities ravaged by COVID-19 are abandoning their cases and requesting deportation. (The Washington Post)

As COVID-19 outbreaks continue inside ICE detention facilities, more detainees are making the difficult choice between staying in detention and risking contracting the virus as they await a decision on their immigration cases, or returning to the countries where they once faced other dangers.

The kicker: Kevin Euceda believed he was in imminent danger. Down the hall in the immigration detention center where he was being held, a man whose psychiatric visits had been suspended because of the pandemic was hallucinating and screaming. Others were shivering and sweating, scared they were going to die. Surrounded by so much sickness, Kevin was growing desperate to find a way out. A migrant who said he came to the United States when he was 17 years old to escape gang threats in Honduras, Kevin had been living for nearly three years in a place that was now being overrun by COVID-19. And so, last summer, after he was taken in shackles for his daily hour of outside time, he asked for a phone to be passed into his cell and called the pro bono legal clinic that had taken on his case in 2017, when it appeared that he was about to be granted asylum and freed. The lawyer who spoke to him that day remembered his voice sounding shaky, his words coming too fast to understand. “Whatever you can do to get me out of here, please make it happen,” Kevin said.

3. Thousands of immigrants have spent years in the U.S. under Temporary Protected Status. Now they await a permanent fix under Biden. (The Dallas Morning News)

More than 400,000 immigrants who fled their countries due to natural disasters or war are here under Temporary Protected Status, which protects them from deportation and gives them the ability to work. Following the Trump administration’s attempts to end these protections since 2017, program recipients are hoping that the Biden administration will pave the way for Congress to grant them permanent status.

The kicker: Dalila Sandoval has been in immigration limbo for nearly two decades. During that time, she’s moved from university custodian to college student to volunteer organizer in a national alliance devoted to immigrants with work permits and temporary protection from deportation. The 52-year-old native of El Salvador and mother of two U.S. citizens is pushing for permanent residency and a pathway to citizenship for immigrants holding Temporary Protected Status, or TPS. TPS is a U.S. humanitarian program that allows beneficiaries to live and work in the U.S. because of civil wars, natural disasters and other extraordinary events. President-elect Joe Biden has said he will order an “immediate review” of TPS when sworn in, and will protect those immigrants from return to unsafe countries. Sandoval’s not satisfied. “We need to pressure the Senate, Republicans and Democrats,” said Sandoval, who made a pre-pandemic lobbying trip to Capitol Hill with other TPS holders.

As USA Today reported recently, immigration advocates are working to ensure that immigrants, whether documented or undocumented, are not left behind by the government’s vaccine efforts. In California, some state lawmakers want undocumented workers to be prioritized for vaccines. “Vaccination will only work if two things happen,” California Assemblymember Eduardo Garcia told USA Today. “One, if farmworkers feel confident and safe in taking it. And two, if we’re doing it across the board irrespective of an individual’s immigration status.”

In Massachusetts, immigration advocates and attorneys are already seeing signs of resistance and fear, WGBH News reported this week. At the Massachusetts Immigrant and Refugee Advocacy Coalition, immigrants have expressed concern that personal information they provide at an appointment might be shared with U.S. Immigration and Customs Enforcement and ultimately lead to their deportation.

“The Trump administration has created such tremendous fear and insecurity in immigrant communities that the trust has been broken,” civil rights attorney Iván Espinoza-Madrigal told WGBH News. “It’s going to take a significant effort from public health officials and local governments to fill that trust gap so that immigrants can come forth for vaccination.”

And this week, Nebraska became the first state to announce it would consider immigration status in its immunization campaign. The governor’s office said undocumented residents will have to wait behind U.S. citizens and legal permanent residents. The news emerged after a briefing Monday in which reporters asked Gov. Pete Ricketts, a Republican, whether undocumented workers at meat processing plants would be eligible for vaccines. “You’re supposed to be a legal resident of the country to be able to be working in those plants,” Ricketts replied. “So I do not expect that illegal immigrants will be part of the vaccine with that program.”

The governor’s office later clarified that undocumented immigrants would qualify for the vaccine, but the state would give priority to residents with legal status. It’s a move that some federal officials have cautioned against. “No one in this country should be denied a vaccine because of their documentation status,” U.S. Surgeon General Jerome Adams said on CBS News’ “Face the Nation” last month. 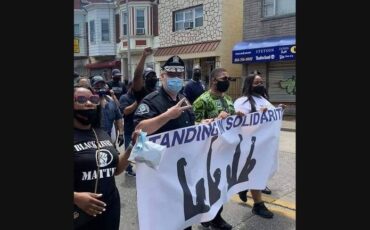 New officers are required to knock on doors in the neighborhood they are assigned to patrol. 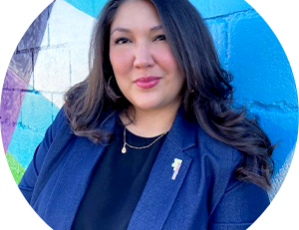 How Albuquerque Is Tackling Community Safety

“Trained, unarmed professionals should be addressing calls on mental health, addiction, inebriation, and homelessness where there is not a threat to public safety.” 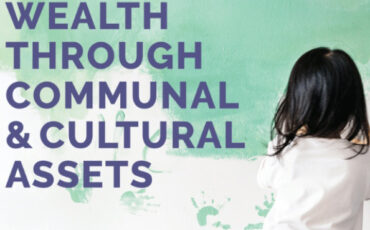