My life as a child in Nicaragua was happy and peaceful. I am the second of six children. My dad is an attorney and a composer, and my mom was a homemaker who later became an entrepreneur.

When I was 13, the war started in Nicaragua. It was a revolution against the 66-year dictatorship of the Somoza family. Our parents learned that the opposing communist Sandinistas were sending children to the war as young as 14 years old. Economically speaking, the country was in chaos. The grocery stores had no food, and the electricity and water were often cut off. We are a Christian family, and the communist regime was atheist. My parents knew then it was time to flee. The Dominican Republic was the only place we could flee to, as my dad’s sister lived there and she opened her home for our family.

It was two weeks before the communists took control in 1979. There were no more commercial airlines coming into Nicaragua. My dad heard there was a Red Cross cargo plane arriving to evacuate people from El Salvador. We left our home, even the dog, with household helpers. When we arrived at the airport, the pilot said there was no room.

But while the pilot was busy, my dad loaded our luggage on the plane. The pilot then asked, “Whose luggage is this? I already told you there is no room for your family.” My dad responded, “I’ll make you a deal. I’ll exchange suitcases for my wife and kids, and I’ll stay behind.”

The pilot agreed, and my mom and siblings boarded the plane. Then my younger sister said, “Our dad should not stay behind alone. I will stay with him.” I saw a tear coming out of her eye. I said, “No, that is not right. I am older than you. I will stay with our dad.” So she got on the plane. I remember standing next to my dad and thinking, “This was a bad idea!” I felt the worst sense of abandonment. Suddenly, my dad traded more suitcases and I was on the plane too. We took off without saying goodbye.

As I saw my dad grow smaller in the distance, I did not know if I would ever see him again. But a miracle happened. There was one passenger plane enroute to Costa Rica that needed to refuel in Nicaragua, and it had one seat open. My dad got on the plane and two days later, we reunited in El Salvador. That week we flew to the Dominican Republic as refugees of war.

When we left Nicaragua, we left our life behind. Sometimes I think my parents left part of their identity behind as well. Even in the Dominican Republic, which is a Spanish- speaking Latin American country, it is a different culture, with a different history. All my parents’ friends and relatives were gone, dispersed throughout other countries.

When I left all my friends in Nicaragua, there was no email, no cell phones, or other ways to stay connected. I never saw most of those friends again.

We lived in the Dominican Republic for almost seven years. While there, my parents met people from the Twin Cities who fell in love with my family and helped us relocate to Minnesota, one by one. I left my Dominican friends from my teenage years and came to the U.S. in January 1986. In June, my family reunited and rented a house in Edina.

That is why I feel so attached to people in Minnesota. To me, friendships are treasures. This is my land now. This is my home, and I don’t want to leave Minnesota or my friends, despite the cold weather, ever again.

Life in Minnesota was different in every way. The people were welcoming and loving, but in a different way. I am personally very expressive and love hugging people but, especially in the business world, people here are much less expressive. Additionally, I thought I spoke English, but slang confuses me. I also did not know business English, so I had to learn that quickly.

I came here when I was 19, and my work experience was limited. I had only been a secretary at my university and bookkeeper to my mom’s small jewelry business. I could not finish the college degree that I started in the Dominican Republic until 27 years later.

I became a teller at a bank because I enjoy working with people, money, and computers. Through the years I rose to executive ranks, working with white, older males. The challenge, for the most part, has not been being Latina, but being the only female executive in the senior leadership team and in the boardroom.

I never wanted to be an entrepreneur. My parents were both entrepreneurs, and I observed their fluctuating incomes. However, I did inherit the entrepreneurial spirit. After 23 years in banking and five years in nonprofits, I had accumulated valuable business experience. I decided to pursue the three things that I love the most: bank consulting, speaking, and writing. I wanted to help community banks become stronger, and I wanted to inspire people.

In October 2014, I founded Malzahn Strategic, a financial institution consultancy practice. Making the jump from a full- time bank executive to being on my own, with no employees and no paycheck, was a challenge. My speaking business is to three audiences: banking industry professionals, women business leaders, and faith-based audiences. On Saturdays, I write my books, blogs, and articles.

In 2018, I went to Nicaragua to do a mission trip with my parents, who founded a nonprofit to help the poor, and to the Dominican Republic on a mission with Hope International. I want to repay the generosity and kindness bestowed on me when we were refugees.

My intention is to leave a positive legacy by helping small financial institutions build a strong foundation. As a woman entrepreneur, I hope to inspire other women, including immigrants, to pursue and achieve their dreams.

My childhood experiences included shifts in my sense of rootedness, but today I have deep roots in Minnesota. I am an American by choice. For that I am grateful.

Marcia Malzahn (she/her) is president and founder of Malzahn Strategic, a community financial institution consultancy. She is author of four book, including “Bring YOUR Shoes: A Fresh Perspective for Leaders with Big Shoes to Fill.” 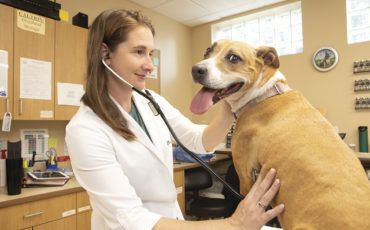