I am still traveling and figuring out where to make my home. If I was a book it would have seven chapters:

I like books. I am always reading. I read about six hours a day. In fact, if I’m not sleeping, going to school, hanging out with friends, or swimming, I am reading.

I learn a lot from what I read. I get to step into another world. Mainly, I learn about people. You can learn a lot about a person in a book. You can climb inside their brain and read their thoughts. You can also learn about the author of the book, especially if the book is a memoir.

But if I am a book, who is the author? Who is writing my book?

I want to be a living memoir. I want to write my own book. I want to be the author of my own story. But it is hard. There is a thing called peer pressure — you may have heard of it — which essentially says you have to pick sides.

Are you a theater nerd or a sporty kid? Are you popular, or are you smart? Are you a boy or a girl?

I want to be a living memoir. I want to write my own story.

I am: a drummer, a swimmer, a middle schooler, a sibling, a dog and cat lover, and a nature lover. I don’t have to pick sides.

I am a living memoir. I am writing my own story.

Editor’s Note: This essay was originally created in the storytelling program The Wildling, which encourages middle school students to find and express their voice. Graham shared a version of this story as a participant in Morningside After Dark. The video can be found here.

Mimi Iimuro Van Ausdall: The Pain and Power of Passing

As a mixed-race queer person growing up in the Midwest, I have experienced a lot of loneliness. On one hand, there is the tendency to erase difference. “I don’t really see you as Asian, I just see you as Mimi,” one white childhood friend and others since have said. At once a beautiful sentiment of my individuality, but a simultaneous erasure of part of what makes me who I am. And, then, when I was older and looking for solidarity among women scholars of color, one woman, who was assigned to do partner work with me, took one look at me across the room, and turned to pair with the woman next to her. Me – the light-skinned, potentially white-passing girl – was dismissed in what was supposed to be a safe space for women of color.

She’s right that I benefit, in some instances, from white privilege. Yet here, again, the dismissal of my identity and the pain intrinsic to not fully belonging to any of my identity groups – Japanese, white or bisexual – disappears. The pain of negotiating being the “model minority” while also being bisexual, the very opposite of the model minority, goes unseen in favor of other narratives of race in America.

Honestly, on some days, I wish I looked more Asian. I have even thought of dying my naturally brown hair black. But, I’d still be too large and too queer to be accepted as Japanese by most Asians in my community. On most days, I embrace my look that, to anyone who has paid attention, is distinctly hapa (used in Hawai’I for half). I embrace the power of my biracial body.

Passing, while downright traumatic, can, at times, come with power. People who see me as white and straight occasionally say racist or homophobic things that they would not let fly around those who they read as markedly non-white or LGBTQ+. This puts me in the unique position of experiencing both subtle and blatant expressions of racism and homo- and transphobia among otherwise welcoming folk – attitudes that might not be directly expressed in the presence of my more visibly “Other,” and Othered, counterparts.

As somewhat of an insider within multiple groups, I can speak within them to dismantle stereotypes and assumptions. I can complicate the black versus white narrative that tends to dominate discussions of race in America. In other words, being biracial puts me in a position to address potentially offensive ideas within all of my communities. This is the beauty, pain, and power that I, and any person who crosses identity categories, can hold.

Editor’s Note: This essay was originally part of the Coalition of Asian American Leaders (CAAL) #MinneAsianStories series. CAAL launched #MinneAsianStories after hearing from the community that there are not enough stories that represent the diversity of the Asian Minnesotan experience. Because there is not one homogenous narrative for the  community, they created #MinneAsianStories to uplift the heritage, joy, pain, and hopes within Minnesota’s Asian American and Pacific Islander population. CAAL curates the stories and creates a traveling exhibit, publishes the stories online, and produces a graphic booklet of selected stories.

Add your own voice in the Comments section below. 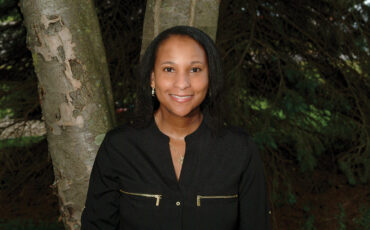 “The words “whole” and “healing” are rooted in meaning and intertwined with experience.” – Patricia Hoolihan 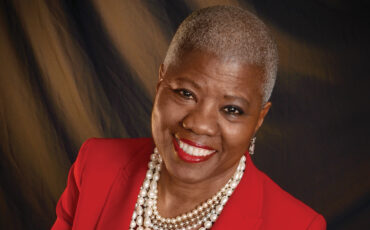