From Daughter to Son

by Kay Robbins
917
A mother shares her own journey as she navigates alongside a child whose gender identity, gender expression, and sexual orientation evolved

My children are not biologically related to me (or each other), and I never had any expectations about raising three clones. I let the personalities of my kids unfold as nature intended, and reveled in being a parent. I intentionally avoided perpetuating gender stereotypes. I see gender as a gray area with great overlap between sexes.

I dressed my children in similar clothing, and put no gender-based limits on their chores or aspirations. I let all three explore trucks and tutus. I did not balk at a son in a pink sleeper or a daughter who wanted to pee standing up.

I told the McDonald’s drive-thru worker that my child did not need a penis in order to get a happy meal with a Power Ranger toy.

My son climbed to the garage roof unassisted at age three, and was often described as “all boy,” yet grew his hair past his shoulders and dressed up in velour and tights to twirl. My daughter was comfortable joining the boys for football every day.

For 14 years, I had two daughters and a son. As I let them explore their own definitions of masculinity and femininity, two of the three seemed secure in the gender presumed for them as infants, and one grappled with the fit. To make matters more complex, that child had a developmental disability that included challenges with social skills and maturity. As she entered middle school, and struggled within peer groups, things veered away from the future I had imagined. Eventually my daughter declared that he was my son.

I had a few years to adjust and learn as my child’s gender identity, gender expression, and sexual orientation solidified — “I am a boy, I wear pants and athletic clothing, I keep my hair short, I like girls.” For my part, I learned that babies are “assigned female at birth” (aka, AFAB) based on the external appearance of their bodies. I retrained my brain to use male pronouns and practiced saying that I had two sons. I learned to code switch – using female pronouns and legal name at medical offices and pharmacies and male pronouns and chosen name with schools and peers. We sought out activities where LGBTQ+ participants were explicitly invited and found a surprising number of welcoming organizations.

I had an epiphany at a summer camp performance, when I personally struggled to define participants and staff by gender. I was struck by this dilemma and wondered why it mattered. Why did I need to categorize someone’s gender by sight? What does society lose from pigeonholing people into just two groups? Why do we feel a deep desire, even a right, to know someone’s gender?

I have more questions than answers as my children begin the transition to adulthood and independence — thoughts that I keep to myself as I let my son lead the way. I wonder if our world will ever accept people simply as they are. I wonder if I am supporting him appropriately. I wonder if the world will be cruel to him as he ventures from my protection. I wonder if he will feel free to be his authentic self with peers, employers, and intimate partners.

I am also processing my own grief for ambiguous losses I didn’t expect. The early childhood photos that are no longer welcome on my walls. The loss of a name chosen at birth. The loss of sibling connections as my child with Autism-related black-and-white thinking struggles to accept a brother’s identity.

I didn’t anticipate that gender could be so complex. Navigating untrodden paths, I hold firmly to the ideals I espoused from my daughter’s birth to my son’s adulthood — that gender does not matter, that potential is not limited by pronouns, and that nothing in the world is truly binary.

Kay Robbins is a pseudonym used to respect the privacy of her children. The author is an outdoor enthusiast who is passionate about open adoption, neuro-diversity, gender equality, environmental protection, and racial justice. 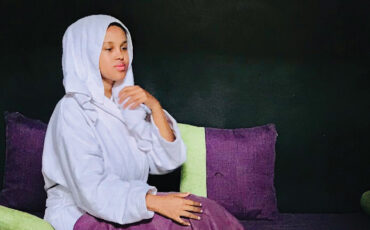 This situation opens the door for us to be even more intentional about making authentic connections with the people we love, even virtually.

Sometimes it is much easier to be outraged by someone else’s victimhood than your own.