When the bargaining team initially asked for a 20 percent salary increase, that seemed like a dramatic number — but only because Minneapolis Public Schools has a long history of not compensating their employees properly. The fact that teachers have not had more than a 2 percent pay raise in the last 20 years (with some increases being zero, and most raises not in line with rises in inflation and cost of living) makes this a fair ask, especially since district administrators like Superintendent Ed Graff have experienced hefty salary increases compared to others.

These seemingly dramatic figures are not a reflection of teachers asking for too much, but rather of the district providing far too little for far too long. We teachers are not to blame for asking for what we rightfully deserve. It is time the district compensated its educators fairly and treated us like the professionals we are.

For my students (5th grade beginning band and orchestra), “stable schools” means funding schools well enough so that they can maintain fine arts offerings at a basic level with all schools offering robust, stable programming. When budgets are cut — it seems like nearly every year that I have been a Minneapolis Public Schools teacher (since 2009) — arts are cut first.

We know that learning how to play an instrument lights up areas all over the brain. Families want instrumental music. Administrators want instrumental music. Students are excited to participate in band and orchestra. But, when the schools lack a dedicated space for teaching and learning, when the middle schools have no structure for students to continue learning on their instrument, when budgets are slashed every year and programs come and go, there is no stability.

I have been on a cart, teaching in different spaces throughout the buildings, for 12 out of my 13 years in Minneapolis. The one partial year (2019-20) that I taught in dedicated spaces at both of my schools, my students’ achievement levels by January were amazingly high. I had time to focus on rituals and routines, lesson preparation, year-long planning, and performances. I want this for all of my students every year.

I recently learned that staff at the Minneapolis Public Schools’ Davis Center make over $100,000 per year and pay the same amount for health insurance monthly premiums as the hourly ESPs, who are almost always part-time and making only $18,000 to $24,000 per year.

So many work very hard at their jobs — taking care of students’ needs in the lunchroom, hallways, recess, and in the classrooms as aides to teachers and students, and especially working with students receiving special education. ESPs build relationships with many of the students. Families know ESPs who are family liaisons and translators. These jobs are vital for schools to function well.

Personally, my own child cried when she found out an ESP (a special education assistant) was leaving the school to take a higher paying job elsewhere. Relationships matter. ESPs should not be paid poverty wages for the important jobs they do. Many are laid off at the end of the year with the possibility that they will be asked back to the same school in the fall. How is that a stable situation for the employee, always wondering if they will have a job or not come fall?

The district treats ESPs as mere cogs in a machine, and that is not in the best interest of kids. ESPs cannot access unemployment over the summer. They are seasonally employed and only hired to work the exact hours that students are in the building or on the school bus. Their knowledge and experience would be important during planning time, yet ESPs are not paid to attend staff meetings, not given collaboration time with staff, and not included in Individualized Education Plan (IEP) meetings that occur before or after school.

I would love to see more ESPs work 40-hour weeks. Right now, they typically work 32 or less per week.

I could also write a chapter on why it is important to have MPS focus on recruitment and retention of teachers of color. MPS students need to learn from teachers that look like them. We all need to have a diverse teaching force. I trust my MFT bargaining team, a more diverse group than in past years, as they work on this important issue. MFT leadership is trying to lift up educators of color — those who have historically been underrepresented.

These are some of the many reasons that I voted “Yes” to authorize a strike.

Maureen Hunt is a Minneapolis Public Schools teacher and parent of two who have been part of the Minneapolis school system. 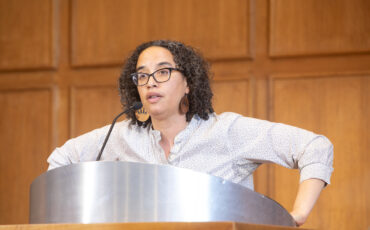 Shannon Gibney on telling your story and special education 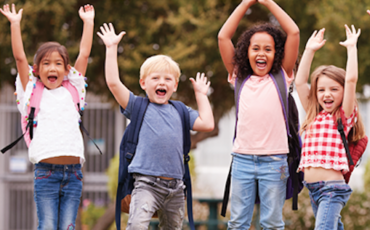