by Mikki Morrissette
575
“This experience was core to shaping my identity.”

When Cindy Booker indicated to a group of fellow professionals that her Minneapolis elementary school had been integrated in 1971, “more than half challenged me and said schools here were never segregated,” she says. “At first, I thought they were kidding.”

After she realized they were not aware of local history, she introduced them to a University of Minnesota professor who explained that city housing, and by extension neighborhood schools, divided families by race.

The unique school merger combined kids from a 98 percent white school (Hale) with a school that was 60 percent Black (Field). Hale had an extra kindergarten playroom, two teacher break rooms, and a lower teacher-to-student ratio. Hale’s enrollment was comparatively low, with resources for buses. In comparison, portable spaces were added to deal with overcrowding at nearby Field.

Only 30 percent of the people at Hale wanted school desegregation, former attendee Heidi Adelsman says, adding that the other “70 percent were well organized in opposition.” Yet the smaller percentage of Hale parents who fought for integration prevailed.

In 1954, the Supreme Court had declared, in the Kansas Brown v. Board of Education ruling, that racial segregation in schools was unlawful. Yet the Twin Cities, by 1970, had not made significant changes.

To help it work, the school board partnered with parents who wanted pairing. The choices were to keep both schools open with additional resources, or let one of the schools close. Says Booker, “Each group compromised. White parents from Hale had to agree with having larger class sizes. Black parents agreed to bus their children ages five to eight to the Hale neighborhood.”

Adelsman had just finished fourth grade at Hale when the integration happened. Because of redlining and racial covenants, Adelsman says, she grew up in a neighborhood that only allowed white home owners.

The unique advantage of interacting with each other’s communities was a major perk of the merger, Adelsman and Booker concur. “Moms were on the bus. They were in the lunchrooms. Our schools had a more diverse group of parents involved. It was not just all white teachers,” says Adelsman. “This experience was core to shaping my identity.”

It was not an easy transition. Many at Hale who fought for desegregation were called communists and threatened. Harry Davis Sr., the only Black Minneapolis school board member, was threatened so severely that he required police protection at his home.

Adelsman grew up in a white neighborhood, and her brother is Black. “I remember violent intimidation,” she says. “People would call and say ‘I see your little n-word baby at the bus stop.’ Or, ‘Look outside, your car is on fire.’ They threatened to break into our house in the middle of the night.”

Adelsman says the intentional nature of the merger between community members was key. “That is what I think is not happening today — people are afraid to cross those lines,” she says.

Booker adds, “When I was a kid my grandparents would tell me that it is important to learn from history, because history will always repeat itself if you don’t learn from it. I would challenge them. Why would history repeat itself? And now I see it happening. Sadly, schools are more segregated today than we were in the 1960s and 1970s.”

When Booker worked in corporate America, she says, many college graduates she knew said they never had a person of color in an authoritative position before. “I was the only Black person on our floor at Target,” she says. “I guess I took examples from my childhood for granted and assumed other people would have that [exposure to diversity at school]. When you are put in a diverse setting, you have the opportunity to find out that we are more alike. If you are not in that setting, you don’t have the opportunity to have productive conversations about what you differ on.”

Adelsman was a child of divorce, who grew up mostly with her single mother. “I have that intergenerational wealth that I am advantaged by. That also goes for homesteading in the rural Midwest, where my great-grandparents took land that was supposedly free. But it was not free. This is Indigenous land theft. So, yes, it is important to understand our histories, to discuss and listen, to repair past injustices.”

School can be a safe respite for many children, Adelsman says, and should have “adults that look like you reinforcing that you have potential and are a worthwhile human being.” School communities should be about asking: “How do we support each other?”

Learn more. “Separate Not Equal: The Hale-Field Pairing” is an exhibit at Hennepin History Museum, curated in part by Booker and Adelsman. The exhibit includes audio that explores community efforts for desegregation, a lawsuit against the district, reflections from the first day of school, the innovative education that emerged from the pairing, voices of support and opposition, and the lived experience of students, parents, and teachers. 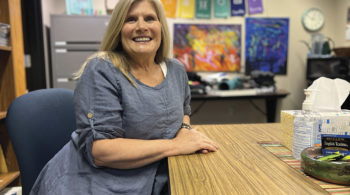 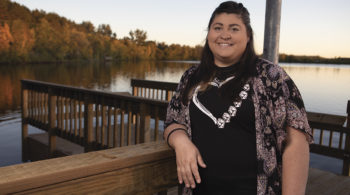 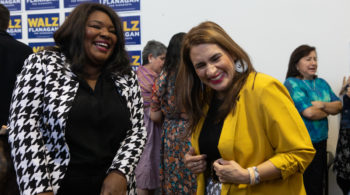 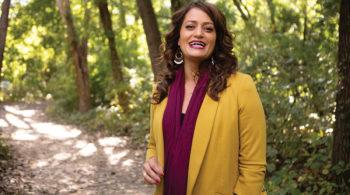