by Alicia Gibson
493
Particularly in policing, but in every facet of civic life, what we need is to recenter the forming of partnerships as the heart of the activity, as both the means and the end.

The proposed Community Commission on Police Oversight would serve as a single community-driven group responsible for the civilian roles in reviewing misconduct investigations and providing the public facing oversight body for transparent discussions on policing practices, presentations from City officials or staff, and community input.

The goal of these reforms is to increase transparency and the ability for commissioners to effectively monitor and identify policing patterns, trends, and outcomes for discussion at public meetings of the full commission. For an interpreter or a disability-related accommodation, contact Zack Farley at 612-673-2216 or email [email protected]v  by Tuesday, Nov. 15.

November 1 — Last weekend I sat down with Somali American mothers, who serve as unofficial organizers in their community, to make sure they had what they needed to help people make informed votes. They shared their frustrations that their elected leaders too often pay little attention to them unless it is election time.

They also described feeling as though city engagement processes involve simply filling out a form so that internal project leaders can tick off a checkbox.

Listening sessions mostly consist of having people who are making the decisions talk while the public listens, rather than the other way around.

What is lost in this system is the opportunity to authentically engage people in the process of healthy community building, as well as the ability to learn about creative solutions from those who know the issues better.

Minneapolis and Saint Paul both selected new police chiefs recently. Their processes were quite different.

In Minneapolis, there were five public sessions around the city in which community members provided input on the qualifications needed for the new chief. This feedback was incorporated into a recruitment brochure for candidates and informed questions asked during the hiring committee interviews.

In Saint Paul, the emphasis was on engagement of the community after a panel of finalists had been chosen. These finalists were asked to speak in two public forums in large event spaces.

Pros and cons of the Minneapolis approach: The public was included before the process began. On the other hand, new chief Brian O’Hara, from New Jersey, had little direct engagement with the public he would serve before he was selected by Mayor Jacob Frey. [Two of the three final candidates were Black; one was a woman.]

Pros and cons of the Saint Paul process: Candidates were required to engage with the community — not simply committee members — before being chosen. Did that make them akin to politicians vying for a kind of popularity contest? [Three of the five final candidates were women; Mayor Melvin Carter named Axel Henry today.]

In the academic world that I come from, candidates for tenure track positions go through a rigorous two- or three-day interview. They meet with a search committee as well as interact with every campus constituency with whom they must work: giving a lecture to graduate students and colleagues, teaching an undergraduate class, having dinner with other members of the department to assess collegiality, and interviewing with the dean who has final hiring authority.

Hiring processes in other competitive professions often include multiple-day, multiple-constituency interactions. Given the crucial role played by police chiefs, and especially in Minneapolis after the murder of George Floyd by an on-duty officer, one must ask if this hiring process met the demands of the moment.

If we are serious about transformation in public safety, our hiring processes should reflect what we expect and demand more of —community-centered approaches that bring to our ranks those who serve with love, as the updated oath to office written by former Minneapolis Chief Arradondo makes clear.

The ability to serve and lead with love is something we have not yet had the chance to sense from the new police chief in Minneapolis. This is not about saying the right things in a group. This is about having candidates be evaluated by community members and civic groups and police officers — those who engage in fair dialogue — in order to move to the next round.

There are legitimate concerns about the way in which engagement sessions can become hijacked by people who don’t want to give space to others in the room. Some organize a show of force that does not reflect the diversity of opinions reflected in the community.

I have seen community groups effectively handle these disruptions by relying on the networks they have genuine relationships with to call out folks who are behaving badly — “hey, [name], we aren’t going to do that here.” That is why city engagement sessions work best when they partner with groups that have credibility in the community.

Break-out sessions are also a good idea when possible — enabling small groups to brainstorm and create ideas together, which often limits hostile participation.

All of us will need to commit to civil dialogue and basic fairness if we are to grow our capacity for working and living together collaboratively.

The word engage comes from Old French for “under pledge,” and evolved to mean “a promise to marry.”There is a way in which our most recent use of the word — “to include the public” — misses out on other meanings that remain vital. When city leaders and staff engage the public, they are making a pledge to include them as partners.

On how he persuaded the department to adopt body-worn cameras, Henry said, “There’s a difference between transactional leadership and transformational leadership. It’s basically telling versus selling. When we tried to sell our workforce, we don’t want employees that follow orders. We want to create believers, and you don’t get that through ordering people around.”

From an MSR story about Minneapolis police chief Brian O’Hara:

O’Hara was also asked by Councilmember Linea Palmisano if he plans to offer bonuses for new and lateral hires, which he does not necessarily support. “I think the officers that did not take the easy way out that remain are more likely to be committed to the change that the community wants,” said O’Hara. “I think it’s more than just financial incentives. I think we need to build up our own ranks, to have our officers’ morale enhanced to have them feel like they are a part of something positive.”

From Minneapolis City Council member Robin Wonsley’s email to constituents: “I voted in support of Mr. O’Hara. After extensive review of his record and conversation with him, it’s clear to me that he comes from a police force with a much higher standard of ethical practice than MPD. I have offered my office as a resource to Chief O’Hara as he builds relationships with the community and implements the critical changes MPD needs to be a functioning police department. There is a well-documented history of both the Mayor, Council, and City leadership essentially turning a blind eye to the violent practices of MPD. I believe Chief O’Hara, like myself, genuinely wants to end that history. The first test of that is going to be the police contract, which expires next month. Earlier this year, Council approved a contract that maintained the status quo of MPD. I look forward to working with the community, Chief O’Hara, and my colleagues to ensure that this contract negotiation is not another lost opportunity to correct MPD’s history of violent patterns and practices.” 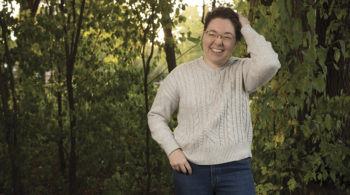