by Catherine R. Squires
1884
Punishment culture encourages the view that an individual deserves harm — that the individual person is a “bad” person. Punishment marks someone as not worthy of belonging.

March came in like a lion with another round of the cancel culture wars. The beloved Dr. Seuss, headlines screamed, was being “cancelled” by politically correct zealots and banned by uptight librarians.  Reading some of the tweets and columns, one would think bonfires were being built across the country to incinerate the Grinch.

The truth is, there are no bans or bonfires. No one is “cancelling” the work of Dr. Seuss, aka Theodore Geisel. Dr. Seuss books — including those being taken out of print — remain on the shelves of libraries, bookstores, and classrooms around the world. What actually happened was this: the owner of the rights to Geisel’s books, Dr. Seuss Enterprises, announced it would discontinue six titles that contain heinous caricatures of Asian and African people. The company made its decision after consultation with educational experts and children’s librarians.

Even when informed of the larger story, people are clinging to their anger and rage at so-called “cancel culture,” insisting that Dr. Seuss has a right to circulate racist drawings. What they fail to consider is that others have a right to critique those same drawings, and to question a culture that continues to defend racism as an individual free-speech issue.

Our dominant culture prioritizes individualist understandings of harm, even though this doesn’t lead to equal treatment of all individuals involved. When people who have been able to do harm with impunity are called out, they often erupt with oversized reactions because they do not expect to have their views challenged.

We see this in the media hysteria over Seuss. Folks with power and privilege often position critiques of their views as censorship. Seuss’s defenders accuse his critics of being oversensitive; violating the artist’s freedom of expression; creating an oppressive “chilling climate;” imposing totalitarian frameworks for literature, movies or other art. The individual’s freedom to create racist communications is posed as superior to the right of BIPOC folks to be free from racist imagery,  jokes, and physical abuse.

The recent surge in anti-Asian hate crimes is not disconnected from anti-immigrant tweets, politicians labeling COVID-19 the “China Virus,” and dehumanizing slurs like “slant eye.”

The Fear of Shame and Isolation

Lama Rod Owens explains that people often react with rage to a call for change because “it is the end of a way of thinking, a way of believing, and that is painful.”

People who have rarely had their beliefs questioned will experience significant discomfort when those beliefs are challenged, especially when the challengers call for change.

Another reason people defend harmful content they create or consume is because they are afraid of being punished for their own ignorant use of racist, sexist, or homophobic jokes.  This is partly because our society is more practiced in punishing individuals than holding them accountable or creating ways to repair the harm.

Punishment is “suffering, pain, or loss that serves as retribution.”  Punishment culture encourages the view that an individual deserves to experience pain because they are “bad” or solely responsible for the alleged harm done.  Punishment marks someone as not worthy of belonging.

No one wants to be isolated and shamed. Our systems and authority figures offer few examples of other ways to respond to folks who — like all of us — make mistakes, show ignorance, and cause harm.

The contemporary abolitionist movement examines our society’s over-investment in punishing people, in ways big and small. The criminal justice system, the school system, and many places of employment are structured around monitoring and controlling behavior with the threat of punishment, shaming, and banishment, regardless of the extent of harm done.

But punishment does little for the person who was harmed. To actually repair and change conditions so we can reduce harm, we need accountability and healing.

Accountability is “an obligation or willingness to accept responsibility or to account for one’s own actions.”  Healing is a process to make us “free of injury or disease, to make sound or whole, to patch up or correct a breach or division.”

Theodore Geisel was a white man who matured in a society that provided little incentive to reflect on how racist caricatures impact children. He was encouraged by his government employers to create anti-Japanese propaganda. He went to movies featuring white actors in Blackface and Yellowface portraying African and Asian people.  He was employed by a publishing industry that tended to ignore BIPOC writers, illustrators, and editors, rendering non-existent any criticism or alternative suggestions to his caricatures.

The recent increase in anti-Asian hate crimes is not Dr. Seuss’s fault. However, the dehumanizing imagery he and other illustrators, film directors, and actors produced over the years has reinforced the dehumanization of Asian people. Dehumanization precedes violence.

The work of We Need Diverse Books and other organizations has moved the conversation so that publishers, media makers, and other creatives are rethinking what they communicate to their readers, particularly children. Research shows that children start early to differentiate between and make judgments about people who are assigned to different racial identities.

Wouldn’t it be better to have them grow up in a culture reading books that weren’t saturated with racial stereotypes? Wouldn’t it be better for them to have conversations about the histories of xenophobia and racism so they wouldn’t harm other children with the kind of jump rope rhymes I grew up with:

Ching-Chong Chinaman sitting on a fence!

He tried to make a dollar out of 49 cents!

Even writing that rhyme makes my stomach ache. I know that Asian American students on the playground must have heard us.  None of our teachers or peers asked us to stop, told us we were normalizing stereotypes, or taught us the histories that generated those stereotypes.

Systems set standards for the behavior we expect from each other.  When a behavior that was acceptable to some in the past is called out as harmful, it shakes up the system. Then it is up to everyone in that system to account for how it happened, to learn and change — or else it will keep happening.

Accountability is more about effort than punishment. It takes cooperation, consideration, creativity, and patience to find solutions that get at the systemic roots of harm.

Accountability and healing require us to provide support for those harmed and design paths for those who caused pain — it is about learning how to repair and transform, not simply blame.

One individual might commit a harmful act, but reducing harm and fostering healing takes a community. 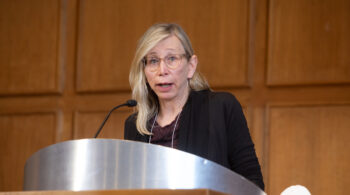 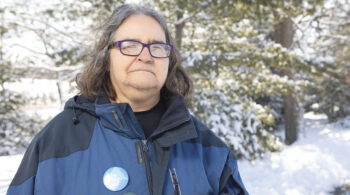 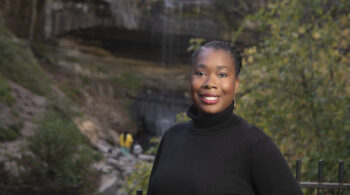