by Sheila Regan
485
It is a legacy that goes back decades, to when community radio stations were revolutionizing access to information, and personal film cameras created new avenues of expression.

“I was like, you learn about film and you get paid? Sounds good to me,” Dear says. Through the program, she has developed skills in videography and photography, as well as other forms of media like podcasting.

Through Migizi, Dear has begun working on a film about homelessness, rooted in her own experiences of being homeless off and on for eight years.

“It is an experience that changes you,” she says. “You have to be careful with everything, because you are surrounded by strangers, and you are in a tent. You can’t lock the door.”

Dear plans to interview shelter directors, with a focus on Indigenous women. Her goal, she says, is to spread awareness about the issue to a wider audience.

In the meantime, she is gaining skills in other modes of media with the high-level equipment Migizi offers. Some of the short videos she is making include PSAs about Covid-19 safety that she posts to TikTok.

Dear is also working on a podcast with Franceska Palma, who is 16 and a member of Standing Rock and Cheyenne River, two Dakota tribes. The teens will be exploring their relationships with their family and friends, and how those have changed throughout the pandemic. They are recording the podcast and editing it.

Editing, it turns out, is Palma’s favorite part. “You get to have control and make decisions,” she says.

Palma is interested mainly in photography, but through Migizi, she is trying other things too. “It kind of got me out of my comfort zone, like being on camera,” she says.

Migizi is just one of the many strong organizations in the Twin Cities that equip young people with the tools to document their stories.

Bonnie Schumacher, associate director and director of programs at St. Paul Neighborhood Network (SPNN), has been with the organization since 2002, when the shift to digital media was in its infancy. While the mediums have changed, she says the importance of telling community- based stories is as vital as ever. “The way that we all connect is through stories,” she says.

SPNN’s programming gives students tools like DSLRs, lighting equipment, and recording gear, and the skills to create a narrative. In a recent youth program, SPNN worked with young people on puppetry, animation, and even zines. Part of the process is finding the best medium to tell whatever story the person wants to communicate.

Continuing the Legacy: Film in the Cities

In the 1970s, the media arts organization Film in the Cities (FITC) began in Minneapolis Public Schools to offer high school students instruction in Super 8 filmmaking. It eventually became an independent entity and expanded to include accredited college-level courses taught by the region’s leading filmmakers. The center also rented out equipment, offered courses in screenwriting and photography, and administered grants to artists.

“Film in the Cities: Radical Roots of Youth Media” uses archival footage from student films and interviews with former FITC participants and teachers to look at the revolutionary impact of that program. Produced by Daniel Bergin and Miranda Harincar, the TPT film was recently nominated for a Midwest Emmy Award.

Harincar compares FITC students using Super 8 cameras through the Film in the Cities program to how people use social media today. “These old Super 8 films go into high schools and [capture] kids acting goofy in front of the camera — doing dances and showing off their fashion — that was literally like the TikTok of the 1970s,” she says.“We sort of take it for granted [today]. Teenagers film themselves and do all this stuff all the time, and that just wasn’t the thing then.”

Harincar says that youth are often more tech literate than grown-ups and have access to many tools at their fingertips on their phones. At the same time, she outlines the value in giving generations who are coming up the skills to use software and higher-end tech. “There is learning to do there,” Harnicar says, “but it is also important to let [youth] lead the conversation about what content they want to create using those tools.”

Kristine Sorensen, founder of In Progress in Saint Paul, another nonprofit that supports youth creating digital media, taught at FITC in the 1980s, and established In Progress in 1997 after FITC disbanded in 1993.

“Film in the Cities, in many ways, was the first place for a lot of young people to discover their ability as filmmakers,” she says.

In Sorenson’s opinion, social media platforms are about mirroring trends rather than authentic storytelling. With In Progress, she has been focused on creating intergenerational communities.

“It is that element of recognizing that everybody is part of the community and everybody has something to share,” she says. 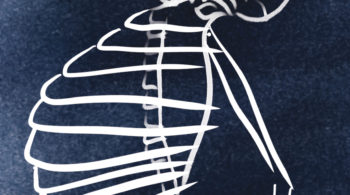 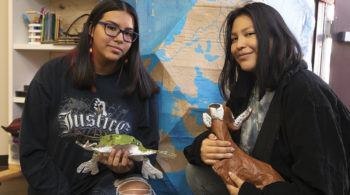