by Surelle Schewe
1246
The women in the paintings do not shy away from telling the story of their injuries, but they are not defined by them.

After my experience with partner violence, I used art as a way to heal my wounds, strengthen my boundaries, and process what had happened. Symbolism and storytelling play a huge role in my artwork. Nearly all of the symbolic aspects in my work are intentional, but while I may think a piece is simply about one thing, I often realize later that other details were added subconsciously. I find myself having reflected on much more than I originally intended.

The two paintings were created to represent my personal experience with both violence and healing. The women in the paintings do not shy away from telling the story of their injuries, but they are not defined by them. The women have been hurt, but the bigger story here is one of growth.

In my painting “Fool Me Twice…” the queen wears her crown and displays her bleeding heart proudly on her sleeve. She has additional jewelry: an open eye representing a new sense of wisdom and awareness. The queen holds the collar of a vigilant dog, who is fully under her command and is prepared to defend her. The dog represents her boundaries and a new sense of strength, power, and capability. She engages with the viewer and bares the dog’s teeth, challenging anyone to try and fool her for a second time.

My painting “Behold” represents a section from the book of Job in the Bible. Job goes through endless miseries and wishes he had never been created. After Job cries out, God reveals to Job the powerful creatures he created, one of which is Leviathan, a sea serpent who lives in the deep, spits lightning, and devours entire ships of men who would do it harm.

Another creature is Behemoth, who lives in the turbulent river water. Behemoth is gentle by nature, but will defend itself. God tells Job, “Look at Behemoth which I made, as I made thee,” full of strength and power. When I found myself struggling with being gentle versus defending myself, I opened my Bible, flipped to a random page, and those words came alive to me (Job 40:15–41:34). The message was a reminder from my Creator to me: I was created with as much intention and completeness as everything else. I was not made with a singular disposition, and while I was created to be gentle, I was not created to be weak.

Introspective acts of prayer, self-reflection, and creation, as well as talking through and sharing my realizations with the women in my life have helped me in the process of healing. By creating artwork that depicts my experiences, I have realized that regardless of my injuries, I am strong, and I have been created with intention and power. Like Leviathan, if a situation calls for it, I too can spit lightning.

Surelle Schewe (she/her) is a Twin Cities–based artist, single mom, and nature nerd. She spends the majority of her day surrounded by giggling children, and occasionally manages to steal away a few moments in the evening for art. She paints in acrylics and loves making artwork that tells a story. @surelle.schewe.art 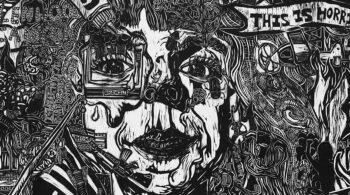 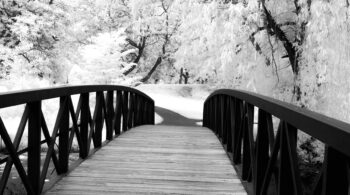 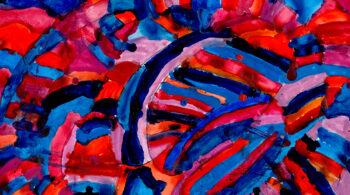 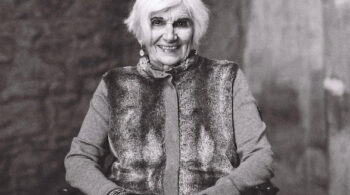 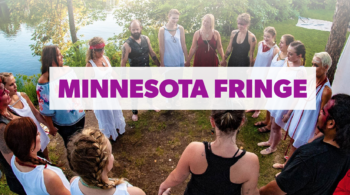 The Collaborative Energy in Granite Falls