by Mikki Morrissette
3556
"When you are crawling 60 to 100 feet below ground in an alien environment and see the effects of erosion, human plastic waste, and chemical inputs from agricultural practices in our freshwater, underground streams, you really question the current direction of our society."

During holidays as a child, Shona Snater visited two small farmsteads owned by her aunts. She loved those visits, near Austin, Minnesota, “finding kittens in the hayloft, feeding grass to the ponies, catching lightning bugs in the evening.” Her first high school jobs were working at the Minnesota Equestrian Center near Winona, and at Featherstone Farm, a large vegetable farm in Rushford.

As a Bridge to Soil Health program director with Land Stewardship Project (LSP), Snater has literally gone underground with her passion for the ecosystem. She and others work with crop and livestock farmers to introduce techniques that lead to healthier yields, as well as learn from them about soil microbiology — the critters and nutrients that create better soil.

In 2019, she explored underground caves with farmer Martin Larsen — the Holy Grail Cave near the Iowa border that is “possibly the largest underground system of rooms, passages, pits, and domes in the Minnesota-Iowa-Wisconsin region,” as she wrote for the LSP Letter (page 26-27). She descended a 60-foot ladder, wearing thick wool, muck boots, helmets with lights, and grip gloves — fighting the “subconscious panic” that sets in when you are in the dark, quiet recesses under thick limestone.

Martin Larsen is a citizen scientist who has been tracking changes in our karst geology — the system of cracks, gaps and holes in limestone that enable water to create tunnels. As Snater explained, “More sediment washes in with each large rain event, water flow is increasing, foam from liquid manure and other agricultural inputs seeps from the rock pores, and plastic bags, bottles, and other garbage wash in through sinkholes. A once pristine environment that holds and transports our fresh water is becoming increasingly toxic. In southeastern Minnesota, 100 percent of our drinking water is sourced from underground.

Snater also wrote of a field day hosted by dairy farmer Olaf Haugen, who milks about 150 cows in rugged karst terrain near Canton. He is mindful of the impact of manure, fertilizer, sinkholes, and freshwater springs on his 270 hilly acres. He uses no insecticides or fungicides, rotates grazing, and plants 365-day-a-year cover crops that build a healthy root system and organic matter. The end result of his biologically active soil: “With these big rainfall events, it can handle a lot more than an unhealthy soil.”

Snater reported that the wisdom of these farmers were present in mind as she emerged from the Holy Grail Cave to “an unexpected, roaring thunderstorm which ended up dropping five inches of rain in two hours. The cave I just emerged from would be filled to the ceiling with sediment-laden water within the hour.”

Larsen has seen the result of these rain fills underground, as a caver who sometimes spends 500 hours underground in a year. He has found the nitrite levels in groundwater growing alarmingly high. As someone who also works for the Olmsted County Soil and Water Conservation District, he is working with farmers to build greater soil health in order to minimize chemicals that threaten the underground ecosystem of water supplies. Such as planting rye to absorb excess nitrogen in the soil, using the root systems of cover crops that that build organic matter that soak up water in soil rather than runoff.

LSP Letter noted that a research project found nitrate levels leaving a soybean field were significantly higher than the safe drinking water level. Cover crops lowered that level to an acceptable rate. “We manage for weeds, we manage for bugs, we manage for diseases, and we manage for marketing,” Larson responded. “Let’s not forget conservation, or we won’t have to worry about those other things.”

Says Snater: “The concept of keystone species — a species whose presence helps maintain the balance of the ecosystem, like the wolves in Yellowstone — also exist in our soils. We need large predatory organisms like beneﬁcial nematodes, arthropods and worms to help cycle nutrients back to soil. Decomposers such as fungi are also critical.

Snater has pointed out for years that beginning regeneration-minded farmers need help getting affordable farmland, and existing farmers need funding to transition their current farming practices towards regenerative practices.

She says we all have a part to play in building soil health, “whether it is no-till gardening, building aerobic composts, or purchasing food from local farmers utilizing good soil-building practices on their farm. Also, recognizing and lifting up Indigenous individuals and groups who have always had a deep connection to the Earth pays honor to those people and helps to raise our collective societal awareness. Lastly, we need to push for major changes to our federal farm policy to shift how we treat our soils.”

Snater shares this insight with Ecolutionaries: “My caving experiences reinforced the idea that humans have much larger and compounding effects on the natural environment than the common person recognizes. When you are crawling 60 to 100 feet below ground in an alien environment and see the effects of erosion, human plastic waste, and chemical inputs from agricultural practices in our freshwater, underground streams, you really question the current direction of our society. The soil is the only stabilizing force between our underground geology and atmospheric turbulence. We cannot survive without soil.” 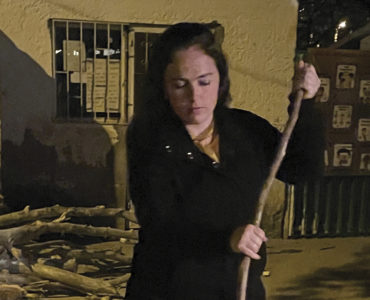 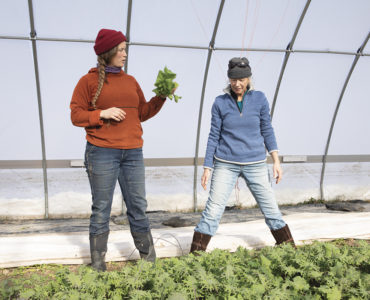 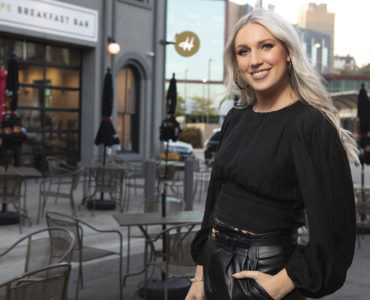