952
“To start having a curriculum that reflects all the people of the United States,” said Garrett, “we must start looking at things differently."

In 2018, Minnesota Women’s Press featured the voices of two young women of color who wrote about how their Lao-American and Native heritage were not reflected in school education, even though both cultures have deep roots in the state.

As the “35 Years of Minnesota Women” book reveals, the state was an early adopter of inclusive education efforts, which dropped off in the 1990s. This article reflects a synopsis of what happened and why.

In 1987, the National SEED Project on Inclusive Curriculum was founded by Peggy McIntosh, of Wellesley College Center for Women, after she published a paper about white privilege. SEED is an acronym for Seeking Educational Equity and Diversity.

The mission of SEED is to provide teachers with leadership training about what gender-fair, multicultural, disability-sensitive curriculums might look like. Sixteen Minnesotans trained to begin creating inclusive education in statewide classrooms. In 1989, the Minnesota State Board of Education (SBE) led the nation and passed an inclusive curriculum rule, asking school districts to outline specific goals and timelines to include the experiences of women and minorities by June 1990.

By 1991, approved plans numbered 95, with more than 300 in process, but 23 districts had not worked on a plan at all. The job of the state’s inclusive education coordinator, Linda Garrett, was cut from the legislative budget.

“To start having a curriculum that reflects all the people of the United States,” said Garrett, “we must start looking at things differently. Our history has often been written from Eurocentric male perspectives. In the area of westward expansion, for example, students should begin to see both positive and negative aspects. They should read what the [Native] people have said about it, how the broken treaties affected them. What the pioneer women contributed and what they suffered. Bring in multiple perspectives.”

In 1992, Minnesota was the first state to develop its own SEED Project, due in large part to the work of co-directors Cathy Nelson and Dena Randolph. About 200 educators and parents met to explore ways of fostering diversity in school systems. The attendees for the conversation were a diverse group — except, as Minnesota Women’s Press reporter Mary Miller wrote:

“White males were a conspicuous minority at the workshop. Women and people of color continue to be the first to acknowledge the importance of multiculturalism in education, while white males continue to hold most of the administrative reins in school districts. One of the challenges for Minnesota will be to get white males to become agents in the change-making process.”

By January 1998, the proposed “diversity rule” was dead.

Every district was in compliance with the plan by the 1995-96 school year. Yet having written plans did not mean that the plans had to be put into action. A new SBE diversity rule would have asked school districts to “provide evidence of proactive efforts to eliminate education- related disparities.” It established consequences for noncompliance.

In September 1997, the SBE had given preliminary approval to the rule. A hearing needed to be held if 25 letters were received opposing any proposed rule. Miller reported that 900 of 1,300 letters received were form letters from the Christian Coalition. Two days of hearings took place in November, and the majority of in-person testimony was opposed. The primary reasons given: it represented social engineering in our schools, would cost too much and undermine local control, and might take away from teaching students core subjects.

Arguably the last crushing blow to the inclusive curriculum effort at the time was when long-time advocate Cathy Nelson died suddenly in December 1998. Nelson, 45, had helped the Minnesota SEED program grow from 36 trained educators in 1992 to 1,422 state leaders.

Miller wrote a memorial essay about Nelson. She said Nelson had maintained patience and long-term vision.“The reality is that for a lot of districts,” Nelson had said after the diversity rule failed, “it isn’t going to matter about this rule

because they’re already set on their own path and they know the direction they’re heading. And other districts that haven’t had the wake-up call yet — they’re coming.”

In conversation with people involved in Minnesota education, the emphasis has been on trying to improve diversity in the teaching pool and to offer anti-racism curriculum. Said one equity facilitator, organizations engaged in interrupting equity efforts are still strong around the state. 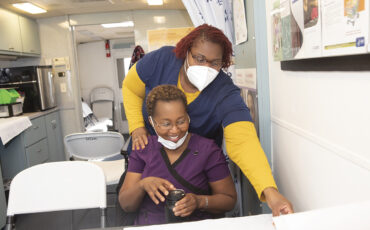 “We come from that place of compassion. As long as they come to the table, we will have the conversation about what they need to know about the vaccine.”

Public safety is a key factor in the Minneapolis elections this November. Here is where the candidates stand.