by Mikki Morrissette
708
This is a living page of updates. Changemakers Alliance is building a statewide conversation about what happens next in Minnesota, including how to come closer to electing 51 percent women's leadership this fall

As a friend put it: “States can’t regulate guns but they can regulate women. What a great week for America!”

The official opinion included Justice Clarence Thomas’ desire to examine settled law on rights to contraception, rights to consensual same-sex behavior and rights to same-sex marriage. We are in a battle for bodily autonomy in so many ways. [Editor’s note: Thomas, who is in an interracial marriage, apparently is not peeling back that right, which also was illegal a few decades ago.]

Family Tree Clinic co-hosted the Vigil for Reproductive Freedom at the U.S. Courthouse in Minneapolis, where Nathalie Crowley, Family Tree’s Director of People in Culture closed her speech with these words: “I have heard this from many people and within many traditions. The winter always intended there to be spring. Even though we are walking into cold dark times, we know that warmth and renewal will come. Our job is to make sure it comes for everyone.”

The News From Planned Parenthood

“The U.S. Supreme Court today struck down Roe v. Wade, dealing a devastating blow to reproductive freedom. The decision places the future of safe and legal abortion in the hands of state lawmakers and puts abortion access at risk in 26 states.

Abortion remains safe and legal in Minnesota, Iowa and Nebraska, and today’s decision will have no impact on patient care in those states. Our doors remain open. Trigger laws will ban abortion in South Dakota and North Dakota. PPNCS paused scheduling abortion appointments in South Dakota, and abortion appointments will not resume. The Sioux Falls health center remains open for birth control, IUD, gender affirming hormone therapy, and other sexual and reproductive health care needs. PPNCS does not operate a health center in North Dakota.

“The U.S. Supreme Court decision is wrong and will harm millions of people,” said Sarah Stoesz, president and CEO of Planned Parenthood North Central States. “This decision is an unconscionable rollback of fundamental rights for all people in the United States. Because people’s right to access abortion is no longer guaranteed by federal law, it now depends on where you live and how much money you have to travel out of state for abortion care. Forced pregnancy is a grave violation of human rights and dignity.

“We have been preparing for months to be able to best serve patients across our region. Our doors are open and Planned Parenthood is committed to providing abortion care where it remains legal.

We have a lot of work ahead of us. We are now living through an unmatched moment where our rights to bodily autonomy are being decimated and, therefore, our democracy is being threatened. Now is the time for every person who supports abortion rights to stand up and act.”

Anyone who needs an appointment or has questions, should visit ppncs.org/abortion.

Details From the National Alliance to End Sexual Violence

“Recovering from sexual violence and access to reproductive justice are both fundamentally about bodily autonomy, empowerment and choice, and person-centered care. We can’t address and end sexual violence unless survivors and all people are able to freely decide what happens to their bodies.

According to the most recent National Intimate Partner and Sexual Violence Survey, 14.9% of female victims of rape became pregnant. Survivors of sexual violence, who have experienced the devastation of having their bodily autonomy attacked, must have access to the full range of reproductive healthcare choices and options including abortion in order to heal and thrive regardless of whether or not they report to law enforcement. Abortion bans harm survivors, and rape exceptions to abortion bans do not meet the needs of survivors. Most survivors do not report their experiences and should not have to, and all people deserve access to a full range of reproductive healthcare options including abortion. Restrictions on abortion will have even greater impacts on survivors who are Black, Indigenous, and People of Color as well as LGBTQ survivors and those who have a disability who already face oppression and additional hurdles to their recovery.

We call on Congress to pass the Women’s Health Protection Act. We also recognize that the rights of many to bodily autonomy are currently threatened, and we call on local and state governments and the federal government to protect those rights including abortion access; the rights of Black, Indigenous, and People of Color; and the rights of LGBTQI+ people.”

A changemaking video we learned about in a conversation hosted by The Alliance, as noted by Instagram’s bw4wla): “#SomeoneYouLove may need an abortion one day. What will they do if the Supreme Court takes away our freedom? Share this video to show justices & lawmakers that we will be voters in November with this top of mind.”

Republican candidate for governor Scott Jensen has vowed to ban abortion with no exception for rape or incest, unless the mother’s life is in danger. His running mate, Matt Birk, has said “abortion is not going to heal a rape victim.”

And House Republicans introduced a Texas-style abortion ban that would allow people to bring civil action against anyone they suspected of violating the law.

Republican Senate Majority Leader Jeremy Miller said, “Today is a victory for every unborn child, affirming their life has value and is worth protecting. Senate Republicans are committed to working together to find consensus on protections for babies, and support for moms and families who choose life.”

However you feel about it, early voting for the August primary election begins today.

Changemakers Alliance is building a statewide conversation about what happens next in Minnesota, including how to come closer to electing 51 percent women’s leadership this fall 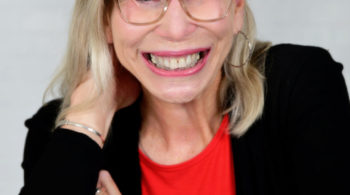 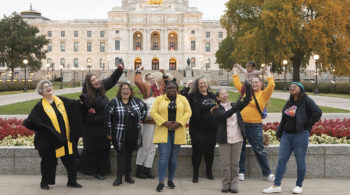 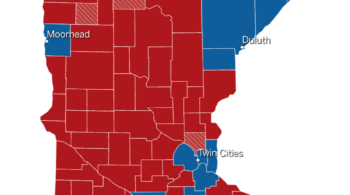