This new monthly feature is a spin on the long-time “Your Thoughts” section, inviting readers to respond to a question of the month.

As an Hispanic woman, I see how the powerful kept the Latino population in check by exploiting their labor and paying very low wages in exchange for toiling in the agricultural fields. It was not until the 1960’s when Cesar Chavez stood up for farm worker’s rights and stood against the power of those who exploited the workers.

Women have had to endure the humiliation of sexual harassment in the workplace without any protection. Some of the laws passed in our country are having a negative impact against the rights of those whom the politician views with disdain. In reality, an individual voter has the power at the ballot box to kick out a politician they view as using his or her power to dominate or degrade their constituent.

We educate our sons and daughters that power is something that needs to be used to uplift one’s self or others. It should never be used to dominate another human being. This lesson is long overdue for everyone who wants to live in a society that truly respects one another.

Should I Fear My Daughters’ Power?

As I send one daughter to college and prepare another to go, I’m excited but afraid. I once celebrated their spirit with a kind of feminist pride. Now I’m not so sure. My daughter believes that she is the captain of her body.  That she can learn kick-boxing, for example, and therefore defend herself on campus. Retaliation in all its forms is around the corner: glass ceilings, unequal pay, double standards, objectification, rape, hate crimes. I want to say to my daughter, “Keep your head down.” Instead I ask her to be vigilant. “Be manipulative,” I say, “know who you’re dealing with. Be controlling. Be loud, emotional and paranoid. Swear like a man, fight like a dog, don’t change your tone. Complain, bitch, nag, be demanding. Be too independent. Illuminate the truth no matter what. Your power is your freedom. Your freedom is the most precious human right you have.”

Women’s power does not start with the power of the press. It starts with the power of money. Power in all aspects of a marriage/partnership stems from the ability to write checks in an account that includes both names owning the account.

Regardless of who contributes the highest salary — or does bill paying, taxes, cooks dinner, washes the dishes, takes out the garbage, recycles, drives the car, mows the grass — money power is primary.

Do we possess power?  Do we wield power? Do we give power? Why do some people ‘have it’ while others do not? When power is taken by a person already a member of the dominant culture, I am often suspicious. However, when an ‘underdog’ is powerful, I get excited, invigorated and inspired. Like most words, context is key.  “Abuse of power.” “Power over.” “He has power.”  “She is powerful.”  Entitlement and power seem related — however ferocity, justice and bravery can be cousins as well. Though I have never held Power in my hands, why am I certain that it is so powerful?

Are we talking about the palpable personal power that I see when I watch my determined granddaughter scaling a sheer rock wall? Or is power more directly portrayed on my television in the documentary series about the tragic foolishness of the United States’ use of power in the unwinnable Vietnam War? Who is more powerful — our nation with its immense physical and political power, or the innumerable Vietnamese women and men who patiently and bravely resisted domination?

I use the power of intention to create my life. For example, a decrease in funding for my project at work forced me to deeply ponder alternatives. I chose the fairly radical option of taking an early retirement to pursue other interests. I felt like I was stepping off the edge of a cliff, but trusted that the Universe would support this choice. My intention for change resulted in a new, satisfying career. Co-creating my life with the spiritual power of this beautiful Universe is the profoundest discovery of my life.

My self-image is that of a strong and self-reliant woman with a wide sphere of influence. I’ve held professional leadership positions in a male-dominated field. So why does the word “power” have a negative connotation to me? I sat down to unpack that a bit. My gut reaction is that it means power over someone or something — as in controlling and imposing your own will. Clearly, society is accustomed to relationships that portray male dominance.

I do not have the same reaction to the word “powerful” — which to me implies power from within. It implies strength and capability with no assumption that the strength is used to subvert someone else. The word feels neutral, rugged, self-reliant, and strong. So, while I am a powerful woman, I will decline to have power over anyone but myself.

How to Gain Power

Power to me is gained in several ways. 1) Healthy food, exercise, going to the doctor and dentist — we stay independent. Sickness zaps power. 2) By not accepting abuse or becoming an enabler — we can then have balanced lives. 3) Having our own money separate from our partner — money is power. There is very little we can do without it. 4) Accepting responsibility for our actions keeps us honest. Blaming others for our mistakes gives away power.

Power is a series of abilities that we strengthen throughout life. We are vulnerable when we’re born, but we’re also born with strength to push out of mother’s womb. During childhood and adolescence we are vulnerable, but we are resilient of many falls when we learn how to walk and of many life difficulties. We are vulnerable to the cynicism of people in power when power is used for merely self interest. We are power -— we only have to choose to use power in the right place.

During her nine years of trauma recovery, Minnesota artist Gretchen Dreisbach says she tagged her paintings with truths. She created the “I Am Worthy” Abuse Awareness Show to “reclaim my personal power and release a victim archetype.” She says, “I believe in miracles because I am a miracle, and that miracle is love!” This artwork was part of that 2011 show.  ‘I Rejoice In Your Morning’ (4’ x 5’ acrylic paint on canvas)

A new model of collaborative media that is not simply reported FOR community but WITH community. 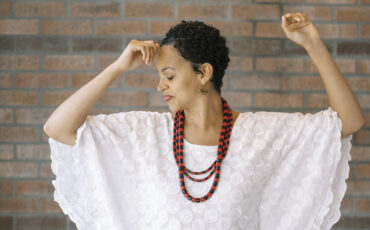 Food. Water. Care. For once, let justice start there. 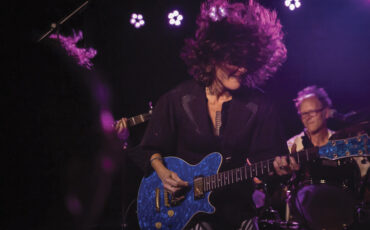 Ultimately, healing meant realizing that I was the creator of my own life.