by Kassidy Tarala
2119
If someone is remorseful and willing to put in the work to make reparations, I do not think they should be “cancelled.” However, if that person were to express that they have no regrets, or proceed to behave in a similar manner, they absolutely should be.

In any situation, our own wellbeing should be our number one priority. Whether that means something as intimate as ending a harmful relationship or as broad as refusing to engage with oppressive people, our own mental health should always come first.

But we seem to have muddled this important practice of self care with “cancel culture.”

Cancel culture has become the popular term used to describe withdrawing support from someone or a company, often celebrities or large corporations, who have caused considerable harm. I absolutely believe that this has its place. When I find out that the owner of one of my go-to coffee spots has sexually assaulted someone, I no longer go there. When I find out that a celebrity is against the Black Lives Matter movement, I’m no longer a supporter of them. I avoid buying anything from Amazon. I stopped drinking Surly once their union-busting was exposed.

These are all examples of ways in which cancel culture can be a productive and necessary form of protest. By boycotting businesses, people, or products, we are calling out their harmful words and actions and saying “change your ways, or I’ll go somewhere else.”

This can be applied on a personal level, too. When Amy Cooper, a white woman, called the police on Christian Cooper, a Black man who was birdwatching in Central Park, that was a blatant act of racist aggression. Amy was fired, and I think rightfully so. By firing her, Amy Cooper’s employer was saying they do not tolerate racism, which surely makes their work environment safer and more welcoming.

But cancel culture has also been used as a weapon. I often see people dig up tweets from years ago when someone said something offensive. I started my first Twitter account when I was fourteen. That account has since been deactivated, but I am quite confident that I made one or two offensive comments. I mean, I was fourteen. But, let’s say someone were to find a tweet of mine from 2010 in which I said something racist. I would be mortified. I would profusely apologize and do whatever would be needed of me to regain trust in the community I harmed. But people could easily determine that, because I made that comment ten years ago, I am a racist.

If someone is remorseful and willing to put in the work to make reparations, I do not think they should be “cancelled.” However, if that person were to express that they have no regrets, or proceed to behave in a similar manner, they absolutely should be.

I am a firm believer in restorative justice. On a broader scale, I am a police/prison abolitionist and believe that our current systems of policing and imprisonment, which were built on white supremacy and enslaving Black people, only cause harm to our society. I also strongly believe that crime is often a result of injustice.

A restorative justice approach to a crime would include the person who committed the crime, the victim(s), and the community as a whole to determine how reparations will be made and what will be done to prevent this from happening again.

I consider restorative justice to be the only real solution to eliminating crime and injustices. However, I also know how much emotional labor it requires of victims to go through the process of reparations.

In my personal life, this is something that I frequently struggle with. I grew up in a very conservative family, meaning I, a progressive, strongly disagree with most of my family members’ opinions. As someone actively involved in Black Lives Matter protests and community organizing, I have had many arguments with relatives who don’t see the harm in phrases like “all lives matter” or “blue lives matter.”

I am also a survivor. When Christine Blasey Ford testified against Brett Kavanaugh, my family expressed that they believed she was lying, which was extremely triggering for me.

Additionally, I am bi/pan. I used to have debates with family members about why same-sex marriage should be legal, why Pride events are necessary, and about other basic human rights of LGBTQ+ folx. Hearing the anti-LGBTQ+ views of people I am supposed to be close to, as a bi/pan individual, was harmful for me.

These conversations never go anywhere productive. I’m always met with what-about-isms, gaslighting, and straw man arguments. I used to feel like it was my responsibility to change their viewpoints and to educate them on topics they are ignorant about. But eventually I realized that you cannot teach someone who is unwilling to learn, and ultimately these discussions were causing me more harm than they were worth.

So, I have had to put up stricter boundaries with some family members. I decided a long time ago that I wasn’t going to come out to them because their opinions don’t matter to me. And I told them that I do not feel comfortable discussing my experiences as a survivor with them because of the negative views they have expressed about the #MeToo Movement.

In many cases, cancel culture isn’t just necessary; it’s a method of survival. So while patience, forgiveness, understanding, and education should always be considered as tools to improve our communities, we must also remember to care for ourselves first.

Are you registered to vote? Check vote.org. Request your ballot at vote.org/absentee-ballot.

Kassidy Tarala is a contributing reporter to Women’s Press. 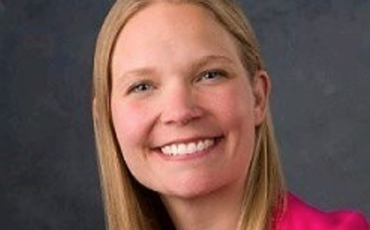 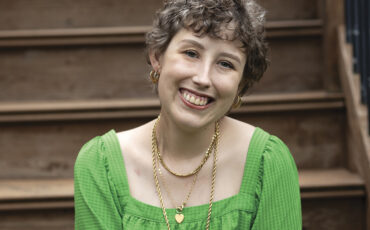 The fear that is most palpable to me is about the changes and loss of normalcy that will come between now and the end.