In May, Bruce Pofahl, 62, shot and killed two people and injured a third near Green Bay at a restaurant where he had been fired for inappropriate behavior. Details about his harassment of a woman he hired to work there indicated a pattern of obsession and control. The woman filed a harassment restraining order against him two months before the shooting, which killed her boyfriend. Pofahl was allowed to own a firearm despite the injunction.

Harassment, stalking, and domestic violence can be linked to an escalation in violence. A Bloomberg News analysis of 749 mass shootings between 2014 and 2019 indicated that in about 60 percent of the cases, the shooter had a history of domestic violence.

The patterns of violence are not hard to identify, said Wisconsin-based End Abuse executive director Gricel Santiago-Rivera after the Pofahl mass shooting. Domestic violence and harassment is “too often dismissed as a personal or private matter and known patterns that predict future violence are ignored by those with power to prevent harm. This recent tragedy demonstrates the far-reaching ramifications of not addressing root causes of violence.”

Beverly Scow, of Wise Women Gathering Place, a Green Bay gender-based violence program offering Native American culturally specific services, said, “Every restraining order without firearm restrictions is alarming because the safety of the petitioner is significantly more compromised, especially with domestic violence and harassment, because the first time can be deadly.

According to End Abuse’s 2020 WI Domestic Violence Homicide Report, released in September, there was about one death every five days from domestic violence homicide in 2020. The method of homicide in 52 percent of cases was use of firearms. More than one-third of perpetrators who used a gun were legally prohibited from possessing a firearm. Nationally, according to the Brady Center to Prevent Gun Violence, every 16 hours a woman is fatally shot by a current or former intimate partner, and 65 percent of murder-suicide incidents involve an intimate partner. 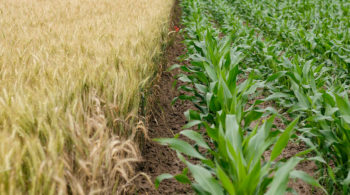