by Corenia Smith and Miski Noor
2385
If policing were a business, we would have reallocated its funding to proven strategies that work decades ago. The time has passed for small tweaks. Transformative change is necessary.

As leaders who call this community home, we know that policing failed us even before George Floyd’s murder. For years, our city has poured hundreds of millions of dollars into an armed police-only model of safety that disproportionately targets us, harms us, and tears our families apart. We need to shift our approach to public safety if we are going to make the changes necessary for ALL people in Minneapolis to thrive.

Often, when “peace officers” —the legal term for police officers — show up, it is women, transgender, and gender non-conforming people and their families who end up harmed by it. A 2018 University of Minnesota study found that women and gender non-conforming people with histories of intimate partner violence and non-partner sexual violence were more than twice as likely to experience most forms of police violence.

The 2020 State of Women and Girls report by the State of Minnesota showed that 76 percent of women survey respondents reported being a parent to minor children while in prison, and 66 percent reported living with children in the month prior to incarceration. The report also cited that while 15 percent of 9th and 11th grade girls report that a parent has been in jail or prison at some point. The proportion rises to 50 percent for Native American, 28 percent for Latina young women, and 23 percent for African American young women.

These recent studies show deep, shameful racial disparities in policing and its impact on Black, Native and Latinx women, and TGNCI folks and their families, in a state that is also ranked among the best and most progressive in the country. Instead of funneling our loved ones into prisons and punishment, we can embrace public safety that offers intervention and prevention, finally tackling generations of harm from racist policies.

Despite the fact that the police department is fully funded, requiring 35 percent of the city’s budget, they are struggling to fill the police roles that are already paid for. This summer, Minneapolis Mayor Frey proposed a budget that increased police funding. That does not include the tens of millions of dollars in payouts for police misconduct — behavior that has undermined trust in the department despite the sweeping reforms already implemented.

If policing were a business, we would have reallocated its funding to proven strategies that work decades ago. The time has passed for small tweaks. Transformative change is necessary.

Question 2 represents a new beginning for women and TGNCI people of Minneapolis when it comes to keeping our communities safe.

Question 2 will ensure a broader and more democratic accountability structure that is beholden to all of the city’s people, not just the wealthy.

Our organizations have worked with young people, Black families, violence interrupters, faith leaders, and more to develop strategies to address the safety and stability needs for all of Minneapolis.

Our universities have conducted studies and provided recommendations to ensure our public safety policies also address the intersection of police violence and interpersonal violence in the lives of women of color, trans women, and women of other marginalized social locations.

When our community is in crisis, the people of Minneapolis know how to protect each other and come together for a better future. Just like we came together to protect LGBTQ families and defeat the gay marriage ban, Minneapolis voters know how to change outdated systems and make this city healthier and more sustainable.

We have relied on the police to solve too many of our problems for too long. With Question 2, Minneapolis women can decide we want more for ourselves, more for our communities.

Vote yes on Question 2 for Minneapolis to change the future for us and for our families. 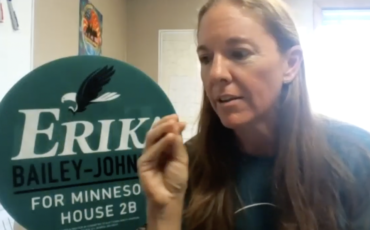 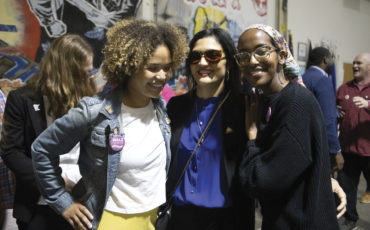