One in four Minnesotans will be 65 or older by 2030. In many rural areas, the concentration of older adults will be even higher — they will comprise 35 percent or more of the population.

The state is not prepared for this unprecedented aging of the population and the strain it will put on the health care system, particularly in non-urban areas.

An ongoing trend of closures and consolidations of rural clinics has already made accessing health care more challenging for residents of Greater Minnesota. They have to travel farther to receive care. Additionally, an existing shortage of workers in long-term care facilities was exacerbated by the pandemic and has led to some older adults being turned away.

In this environment, services that enable older adults to live independently cannot be overstated. Often elders can meet the majority of their own needs if they receive a little help. Because older adults may not have a vehicle or be able to drive, transportation is one of the most critical links to health care and social services. In rural areas without ample public transport, this is an especially salient issue.

Katie Boller Gosewisch, executive director of the Living at Home Network, says “having access to transportation is a huge determining factor in whether or not people can stay safely in their homes.”

The Network has 32 nonprofit, community- based programs throughout the state that offer a variety of resources to help older adults maintain independent living. Of these programs, 95 percent have a volunteer driver program.

Volunteers use their own vehicles and donate their time to help ensure people can access health care and social services throughout Minnesota, including trips to the grocery store and rides to social events.

Drivers and riders also develop relationships, which helps older adults combat isolation, according to Boller Gosewich. “Volunteer drivers find out it is more than just a ride … They become involved with people they are caring for.”

She points to an example from Foley’s CARE program where driver Joyce Rife and rider Jean Tiedt have developed a friendship. “I have learned so much about the community that I did not know before just by talking to these people who have been here for years,” Rife says in a video on Volunteer Driver Coalition’s website.

A 2017 analysis of six volunteer driver programs commissioned by the Minnesota Council for Transportation Access demonstrated that volunteer drivers provide an incredibly cost-effective transportation alternative. Depending on the length of a trip and the other transportation options available, these unpaid helpers saved counties anywhere from $18 to $185 per round-trip ride.

“They are already giving a lot.”

According to research by the Center for Rural Policy and Development, just as the need for transportation for older adults has been rising, it has become more difficult for programs to recruit and retain volunteer drivers.

Last year, the Volunteer Driver Coalition successfully lobbied the Minnesota Legislature to create a statute to define volunteer drivers, distinguishing them from for- hire services — such as taxis and rideshare companies — so that they will not be charged more for auto insurance. In addition, a state income tax subtraction was created for volunteer driver mileage reimbursement.

Mileage reimbursement is an ongoing issue that the coalition would like to see remedied at the federal level. The current charitable reimbursement rate is 14 cents per mile; it has not increased since 1986. Many volunteer driver programs reimburse volunteers at the business rate of 58 cents per mile, recognizing that the current rate does not cover the costs of gas, plus wear and tear on a volunteer’s vehicle.

Reimbursement is reported to the IRS through a 1099, but only 14 cents per mile rate is actually tax deductible — the rest is counted as income. Because most volunteer drivers are retired, the additional income can trigger a reduction in their Social Security payments.

Dawn Simonson, president and CEO of Trellis, notes that some volunteers are very active, giving multiple rides, sometimes weekly or more, to take people to recurring treatments. These round-trip rides could easily be 200 or more miles, as in the case for people who live in Grand Marais and receive treatment in Duluth.

Simonson and her colleagues in the Volunteer Driver Coalition are working to ensure that financial penalties are eliminated for volunteers. As she says, “They are already donating their time and the use of their vehicle. They are already giving a lot.”

The coalition’s next focus is to raise the federal charitable mileage reimbursement to the same level as the business rate. People can contact the group’s co-chairs for more information or to learn how to become a volunteer driver in their community. volunteerdrivermn.org/get-involved 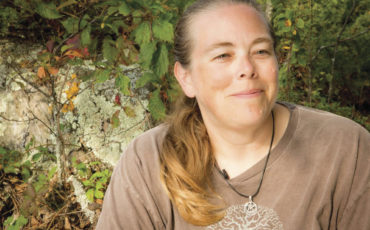 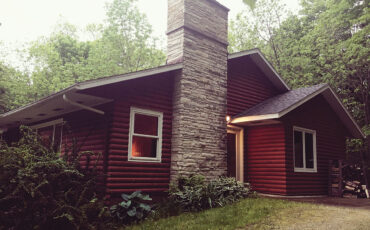