by J. Patrick Coolican, Minnesota Reformer
662
Support is everything.

When Stephanie Hall had her first three children, breastfeeding didn’t feel like it was a viable option, starting in the hospital.

“They threw me to the wolves with breastfeeding. I had to figure it out on my own,” she said.

Hall didn’t have much success until her fourth child, which came after she met Dr. LaVonne Moore, the state’s first board-certified Black lactation consultant. Moore pulled Hall into her group of Black moms who support each other through breastfeeding, called The Chocolate Milk Club.

“It’s a tradition that was lost and needed to be reclaimed and restored,” said Moore, who is also a certified nurse-midwife and has her doctorate in nursing practice.

Hall has noticed subtle differences in her fourth baby, who breastfed for more than a year. The baby seems calmer and adapts easier to change.

That’s not exactly scientific proof of the effectiveness of breastfeeding, but if you’re looking for evidence, there’s a “mountain” of it, said Marcia McCoy, an epidemiologist with the Minnesota Department of Health.

“It’s not only breast milk, but also the act of breastfeeding” that is so important for development, said Linda Kopecky of the Minnesota Breastfeeding Coalition.

A breastfeeding baby is tracking mom with her eyes and learning neuromuscular skills, while teething and mouth development are happening according to nature’s plan.

As is the case with so much else in Minnesota, we are a two-tiered state between wealthy and not. Between Black, Indigenous, Hmong and white.

Our gaps in income, health, home ownership and educational outcomes — which are among the worst in the nation — begin much earlier: In the womb and then how we feed and nurture our youngest Minnesotans.

Imagine you are among the 25 percent of American women who are back at work just two weeks after they have a baby.

The data are startling: Among our Hmong-American neighbors who are enrolled in the federal anti-poverty program known as Women, Infants and Children, fewer than 60 percent tried breastfeeding at the hospital.

Minnesotans with East African roots, who come from a strong breastfeeding culture they’ve maintained here in America, are a bright spot, with near universal breastfeeding initiation.

Other good news is hard to find: People of color are lagging behind in breastfeeding rates, and the disparity worsened during the pandemic, when the health care system was thrown into haywire.

What explains the disparities?

For decades, health care providers, who were mostly white, made cultural assumptions about Black and Indigenous moms: “Oh, those people don’t breastfeed.”

Shashana Craft, who helps Indigenous moms and infants with breastfeeding, says health care providers often assume women of color are engaged in substance abuse, so they think they are protecting the baby by steering the mother away from breastfeeding.

Breastfeeding is challenging, even if you have all the money and quality health care in the world. Babies can struggle to find the right latch. Moms who have a cesarean section will often struggle with breast milk volume for several days. If a breastfeeding mom isn’t feeding the baby — like if she’s at work — she’ll need to pump milk every few hours to build and maintain her milk supply and prevent an infection called mastitis.

And then this: Imagine you are among the 25 percent of American women who are back at work just two weeks after they have a baby.

“Just by itself that’s a staggering idea,” said McCoy, the MDH epidemiologist.

These new moms are back at work to pay the rent, keep the electricity on and buy diapers and — sadly too often — expensive baby formula. They likely are saddled with the least flexible managers, and they work at job sites that are not conducive to pumping milk.

(And this comes after Black and Indigenous women have “higher shares of preterm births, low birthweight births, or births for which they received late or no prenatal care compared to white women,” according to the Kaiser Family Foundation’s overview of racial disparities in maternal and infant health.)

So, infants who already survived higher risk pregnancies are then given lower quality nutrition during the all-important first year of their lives.

Tell me again about how everyone in Minnesota gets a fair shot.

Given this state of affairs, we should not be surprised that Minnesota has some of the worst racial gaps in the country when it comes to health outcomes, education and wealth.

The grassroots effort to turn it around

Luckily, some Minnesotans are trying to turn it around.

Moore was a mentor of Craft, an enrolled member of the White Earth Nation who lives in Maple Grove and started a lactation support circle a few years ago for Indigenous women. They meet twice a month and have expanded the circle to women in 16 states, Ecuador, Mexico and Canadian provinces.

Craft pointed out the historical atrocities that undermined the practice of breastfeeding, including colonization, forced relocation and assimilation via boarding schools.

Or, people moved into a modern America that turned its back on a vital tool of family development.

“People moved from reservations to urban areas to find a job or vocation and they didn’t have support like you would in a traditional community,” she said.

Support is everything, which is why Moore and Craft are so focused on creating communities of Black and Indigenous women who can help and nurture each other and will make breastfeeding the primary source of nutrition for newborns.

What we can do

So, how can we help them?

Not every mom and infant even sees a lactation professional, and even if they do, the providers are overwhelmingly white.

We need more Black, Indigenous and Hmong lactation educators, which means recruiting them but also lowering barriers to entry. Women with this knowledge should be paid a living wage, and they shouldn’t have to attain a bunch of titles that require expensive and burdensome college prerequisites. As Moore pointed out, the barriers to the field are themselves racist.

Moore and Craft say they struggle to get fully reimbursed by insurance companies. Fix it.

We need to fully fund MDH’s WIC peer program, which matches moms who were previously WIC clients with new moms. We know it works, but without full funding, we don’t have it across the state. MDH receives $1.4 million from the U.S. Department of Agriculture for the program. We need at least double that number to fully fund it, MDH tells me.

We also need paid family leave. New moms (and dads, who can help out at home) need months — not weeks — of paid leave, so they can focus on what’s most important: feeding, nurturing and bonding with their child. This is a given in other rich democracies.

Given the improved health and cognitive outcomes of breastfed babies, these small investments now would pay big dividends down the road in reduced spending on social services and the criminal justice system. “The benefits are so great that it’s one of those practices we can’t afford not to be doing,” Moore told me.

We hear a lot of talk in politics about supporting families.

If you’re not taking concrete steps like these to help families who want to breastfeed, then it’s just that — talk. 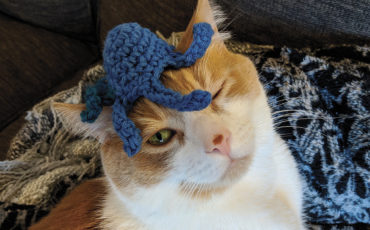 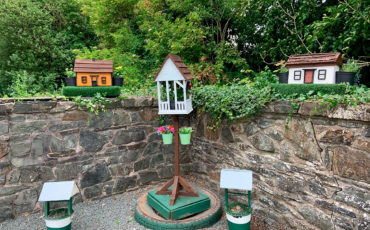