On Thursday, May 13th, the Minnesota House passed HF 600, a bill which legalizes and regulates adult-use cannabis in Minnesota, while expunging records of people convicted for nonviolent offenses involving cannabis. The bill was passed on a bipartisan vote of 72-61. This marks the first time a legalization bill has been considered by the full House in the state.

“Legal cannabis has proven to be a better alternative to prohibition in state after state. Minnesota has learned from the successes and failures of these states allowing us to create a bill that will be one of the best in the nation,” said Rep. Erin Koegel (Spring Lake Park). “I hope that our colleagues in the Senate recognize the wide ranging benefits that this legislation will bring to every community in our state.”

“I am proud of the bill we passed today, it has come to fruition after years of hard work and careful planning. I know that by ending the prohibition on adult-use cannabis Minnesota will be able to heal the harm caused by prohibition,” said Rep. Sandra Masin (Eagan), a co-author.

“It is past time that Minnesota ends our destructive and costly criminalization of cannabis, a criminalization that has taken a vastly disproportionate toll on communities of color,” said Rep. Liz Boldon (Rochester). “This bill was carefully crafted after years of consulting experts, stakeholders, and community members across the state.”

“Prohibition of cannabis has been a dismal failure.  It has not kept cannabis away from our children and has especially hurt communities of color. The majority of Minnesotans are ready for a safe, legal way for adults to obtain cannabis for personal use, and this bill offers a new approach that recognizes the damage prohibition has caused,” said Rep. Tina Liebling (Rochester).

“House DFLers have taken the time to assemble a bill that delivers the type of cannabis policy Minnesotans are asking for, centered in racial equity, personal freedom, and the health of Minnesotans,” said Rep. Jen Schultz (Duluth). “Significantly, the bill also improves upon our medical cannabis program, permitting flower to be used, allowing more Minnesotans to realize health benefits from cannabis.”

“Legalizing adult-use cannabis is the right thing to do,” said Rep. Alice Hausman (Saint Paul). “By creating a regulatory framework, we can address the harms caused by cannabis and at the same time establish reasonable laws to ensure better outcomes for everyone, especially communities of color who have faced the harshest penalties.”

If passed by the Minnesota Senate before the Legislature’s May 17th constitutional adjournment deadline, the bill could be signed into law.

Video recording of the floor session will be made available on the House Public Information YouTube channel. 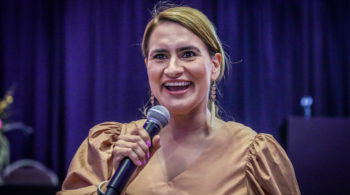