by Kelly Westhoff
232
The Women’s Environmental Institute hopes to educate, mobilize & affect change with pointed questions about toxins in our neighborhoods, homes and food.

Jacquelyn Zita, WEI’s director of education and operations, and her pal, Dori. Photo by Amber Procaccini.

Follow a thin dirt road up a well-shaded hill. A dense undergrowth of emerald ferns fans to the left and right. Look closely. Deer dot the scene. Ahead, the road peaks, the trees fall away and the sun beckons. Leave the woods behind and break into a clearing.

In the clearing, stooped and gnarled trees spread in rows. Red globes the size of a woman’s fist hang from the branches. It’s almost apple-picking season.

A two-story, red brick home overlooks the orchard. Inside, a braided rug and a circle of rocking chairs sit before a sturdy fireplace. Beyond the rockers, a spacious kitchen stands ready to prepare organic treats with fruit plucked from the nearby trees and the veggie patch out back. Up the stairs, three well-made beds wait for guests. Welcome to the Women’s Environmental Institute (WEI) Amador Hill campus.

Women are the priority here

Although an overnight visit to WEI’s North Branch-area B&B is guaranteed to relax and rejuvenate, the quiet surroundings are deceptive. Lots is going on here. Not only does the Women’s Environmental Institute provide a restful country retreat, it is also a certified-organic farm growing apples, tomatoes, cucumbers, lettuce, onions, carrots, potatoes and more. Each week it delivers boxes of freshly picked produce to its 70 Community Supported Agriculture (CSA) (members.

While the B&B and CSA both play an important role in the mission of the Women’s Environmental Institute (WEI), this nonprofit organization sponsors a number of programs related to its core purpose of women’s environmental justice. WEI is dedicated to exposing the unseen toxins in our foods, homes and neighborhoods, educating the public about the dangers of environmental pollutants, making it easier for farmers to grow organic produce, and mobilizing citizens to affect social change.

“Part of what we do is research and education,” explained Jacquelyn Zita, Ph.D., WEI’s director of education and operations. “We really want to make sure that women aren’t forgotten when it comes to environmental policies. Putting “women” in our name, that’s not meant to exclude men, but to keep women in the foreground.”

“We want to prioritize women,” Zita said. “We want to make sure more complicated questions are being asked about our environment, questions that consider the effects of toxins on women and children.”

For example, Zita explained, we’ve known for years that chemicals such as lead, arsenic and asbestos are harmful to human health. In certain amounts, these chemicals are even fatal. However, all of these chemicals continue to exist in our environments, so how do we know how much arsenic is safe to live with? Researchers have outlined safe and unsafe levels, yet most of those standards, Zita said, are based on what an adult, white male can handle. “Those value standards need to be recalibrated for women’s bodies, and for children’s,” Zita said.

“WEI is interested in the use of synthetic hormones, too. We’re interested in women’s breast milk and the burden of chemicals flowing through breast milk,” Zita explained. “There are indicators that dangerous, foreign molecules are entering women’s bodies, being absorbed and, if they are nursing, affecting babies. Somebody needs to be asking these questions. We’d like to ask it, we think it’s an important one to be asking.

“We want to collect information on the toxicity of common household cleaning products,” Zita explained. “A lot of the chemicals we buy and use to take care of those we love are possibly dangerous to us.

“The workplace has OSHA, but who is regulating the chemicals entering the American home?” Zita asked. “Women are doing something to keep their house clean … but we may be bringing something dangerous right into the heart of our home.

“Homemakers have a right to know what’s in the products they use,” Zita said. Once they know, she insisted, they will be spurred into action. “We call it kitchen-table activism,” she explained. “We want to educate homemakers about how we can make our homes safer, and at the same time create political action.”

Zita, WEI’s director of education, is a respected scholar and teacher. The former chair of the University of Minnesota’s Department of Women’s Studies (now known as the Department of Gender, Women and Sexuality Studies) and the former director of the university’s Feminist Studies Ph.D. program has a history of integrating environmental health issues into her women’s studies classes. Time and again, she said, her students were ” … astonished by this information. Just talking about the levels of pesticides in foods is a profound revelation for many,” Zita noted. “Once they learn a little bit about it, they are hungry, hungry, hungry for more. It’s about framing the information in a way that people can understand, and then helping them see how they can move forward to create change.”

WEI’s Executive Director Karen Clark is a logical leader when it comes to creating new political policies to positively impact communities and their health. Clark has been representing south-central Minneapolis in the Minnesota House of Representatives since 1980. Before entering politics, she was a public health nurse, first among migrant farm worker populations in western Minnesota, and later in the Frogtown neighborhood of St. Paul. Soon after gaining her elected seat, in 1983, Clark authored the Minnesota Worker’s Right-to-Know and Community Right-to-Know Exposure to Toxic Substances law.

Zita and Clark both volunteer their time, as do most of the others associated with the nonprofit (only a part-time office manager and a few interns are paid). “We are graced with an abundance of talented people who are willing to offer their energy and talents to WEI,” Zita noted. Among the most dedicated are Board Chair Sharon Day; Hillary Sandall with the CSA project; lead farm intern Emily Scifers; office manager Cindy Stimmler; scientist Dr. Fardin Oliaei, who specializes in environmental contaminants, and sustainable environment expert Dr. Cecelia Martinez.

Seventy-five percent of WEI’s board of directors are people of color; the board includes men as well as women.

Clark’s work with Minnesota’s rural migrant workers prompted her to draft the legislation that requires that workers be informed about their exposure to toxins on the job. While working as a nurse within the migrant community, she met many migrant workers with horrible skin rashes. “The doctor I was working with called it ‘Young Mexican Man Syndrome,'” she said. “But it clicked for me as problems with pesticides. They wore no gloves, no masks, and there was no place to wash their hands before eating lunch. Any chemicals they came in contact with went directly into their bodies.”

Another experience that spurred Clark’s early interest in environmentally caused health problems occurred in the 1970s, when she met a number of children with learning disabilities and speech impediments due to lead poisoning. “The families of these children were really suffering,” Clark said. “But there was no testing of their environments, and no clean-up efforts, and no help.”

“This seems like an old story,” admitted Clark, “but at the time, it was radical. And the same scenario is happening today. Then, the paint and gas companies that were responsible for the lead in the environment were fearful of liability, so they suppressed information. Today, other companies are suppressing information,” Clark said.

“This is a basic human rights issue,” Clark said. “It’s environmental justice. People have the right to know if they are being exposed to toxins. The suppression of information about these chemicals is really a failure to care about the community.”

Too many communities have been, and continue to be, unknowingly exposed to toxins, Clark said. For this reason, WEI secured grants (from the Bremer and Bush Foundations) for their environmental justice mapping project. Project volunteers will measure levels of various toxins in a neighborhood on a map. Volunteers will also go door-to-door, surveying neighborhood residents about their health, their occupations, and the length of time they have lived in the neighborhood. After compiling the responses, researchers will compare the map of toxins to the health responses of the community to see if unusual levels and groupings of disease-such as cancer and asthma-exist.

The mapping project recently kicked off in Minneapolis’ Phillips neighborhood. WEI plans to map two East Side neighborhoods in St. Paul and a tribal community as well. “We already know that there are health disparities for people of color and low-income people,” Clark said. “We think these disparities exist when it comes to environmental justice too, but we’ll have to put it on the map and see.”

“I’ve not been able to get an environmental justice mapping project passed in the Legislature,” Clark said. “There’s been a lot of resistance brought about by chemical manufacturers. They’re not very happy when we bring up a community’s right to know, so it feels good to be moving ahead on this with a nonprofit organization.”

“We don’t have to get cancer, heart disease, diabetes and lead poising,” Clark said. “We can prevent this and that’s really what WEI is about-prevention. We want to empower people.

If people know what’s in their environment, and they understand how it’s affecting them, they are going to want their government to be doing something.”

WEI’s education programs are an important part of the organization’s mission. And they’re educating consumers, too. This spring and summer WEI sponsored a ten-week “Organic Farm School” that consisted of both theory (classes taught Wednesday nights at the Amazon Bookstore) and practice (field trips to the Amador Hill campus). It was so successful that WEI will repeat the class in the spring and summer of 2007.

Other endeavors include a new three-year project promoting organic farming, linking local family farms to area co-ops, and the eventual building of a processing facility for use by local growers.

Kelly Westhoff is a metro area, freelance writer. She shamelessly spoils her dog, a min pin mix, by cooing in his ears, rubbing his belly and doling out chicken-flavored chew sticks.

Want to get involved?

The research, education and activism initiatives of the Women’s Environmental Institute are supported, in part, by membership dues. Last year, WEI counted roughly 250 members. Members qualify for discounts on WEI classes and workshops; they can also qualify for a discount on CSA membership. Plus, members will receive the WEI newsletter. 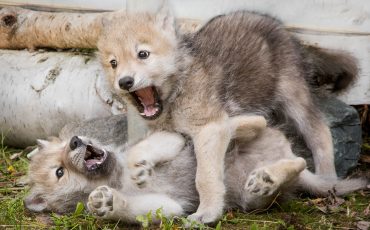 We conclude our four-part Ecolution series about what the wolf ecosystem might tell us. Starting next week, Ecolution will focus on the collaborative economies that are strengthening communities statewide. 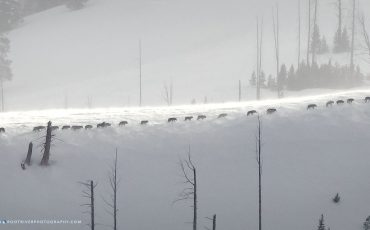 The Interlocking Nature of Ecosystems

In a healthier society, more evolved systems are better adapted to changing conditions.

We have the tools — raw materials, surveillance, science, communication — to do better. “It is about political will” to make this a priority, so we don’t forget, like we did the lessons of the 1918 pandemic.