commentary of everyday women about ingenuity and inventiveness

When I was younger, I knew that I loved biology, yet I never felt like I could contribute to the field. Until graduate school, I had no mentors to make me feel like I belonged. I am now driven to be the mentor that I never had, supporting underrepresented students in the process of scientific discovery.

I started working with Fostering Opportunities and Relationships in Science Education (FORSE) three years ago, guiding Dakota and Ojibwe middle schoolers in the development, implementation, and presentation of a novel science fair project. I learned quickly, though, that the most important thing I provide is faith in the students’ abilities.

One day I was working with a student who was having trouble spelling. He grew frustrated, saying that it didn’t matter what he did because his work didn’t mean anything. He said “this isn’t real science!” I realized how strong his impostor syndrome was, and how much I recognized the feeling.

That student was working on a project assessing whether crystals improved people’s moods. I pulled up research and showed him that scientists had studied this question before, and that learning the answer was important. When his results corroborated those of the studies, he was shocked.

At the science fair, he was beaming, presenting results and receiving validation that he clearly wasn’t used to. The excitement in his voice at discovering he had done “real science” is burned in my memory. I told him what I had told him a hundred times before: that anyone can be a scientist. That time, I think he believed me.

Truthfully, the technical skills we teach may not stay with students. To me, it doesn’t matter. What I hope remains is the knowledge that they are capable of producing meaningful work in an area they care about. It took years for me to commit to studying biology because of my crippling impostor syndrome.

Mitigating it from an early age is critical to paving the way for coming generations of brilliant scientists. 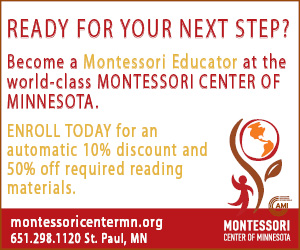 Last year I was part of a team in Rochester that developed a mental wellness app for youth. Technovation brings technology and entrepreneurial programs to women like me, who are ages 10-18.

Mental illness is a rising issue in our community. After talking to people who are affected, I was able to see its impact. The app provides users with tools and resources, such as habit trackers and journals.

During the development process, we had many challenges with time management and working together as a team. Because we were able to talk through it and work it out, we ended up finishing strong. We are planning to work with our school district to release the app.

I have been involved in Technovation for five years. From team bonding to learning about aspects of coding and business planning, the experience is fun and hard work. I want to give back to our community as much as I can.

I lead the Medtronic Brooklyn Center Supply Chain Planning team. When I think about women leading collaborative teams, the first role of a leader is to get everyone aligned with a vision as a shared driving force.

Women’s leadership styles are collaborative, inclusive, and consultative. We gain commitment by working toward a common vision, by actively soliciting and listening to employees’ ideas, and by creating a culture focused on ethical behavior, quality, and concern for individuals. We work to develop each member  of the team and help them by providing mentoring, trainings, and recognition. We trust our team and gain their trust. We choose team members who bring purpose, passion, and commitment, even if they don’t think the same.

Having a collaborative team gives me the opportunity to continue developing myself as a leader in both the Hispanic Latino and Medtronic Women’s Networks. Being a professional woman, a mom, and a leader requires  a lot  of effort outside my comfort zone. No matter the goal, we all have the ability to reach  a  better  version  of ourselves as a leader, and as a human being.

The first Mixed Blood Theatre show I ever saw was “Warp” in 1980. As a South Minneapolis teenager, my theatre experience consisted of seeing a play at Children’s Theatre with my Brownie troop. In contrast, Warp — a Black superhero fantasy — featured the estimable Warren Bowles in chaps. The spandex on that stage was mind-blowing.

I led a sheltered life and had never seen a scantily clad man before, and certainly not a multi-racial cast of young men dressed in Lycra. Mixed Blood welcomed me into a world of ideas and experiences.

Forty years later, I manage Mixed Blood’s Radical Hospitality — a program that breaks down barriers so everyone can enjoy live theatre. We have no-cost admission on a first-come, first- served basis to every performance; free transportation for people living with disability; a fully accessible building; mats and water bowls for therapy dogs.

I believe that empathy is like a muscle. You have to work it to make it stronger. Getting inside a play, seeing the story through the eyes of a character, has helped me build my empathy muscle. It has made my work and private life infinitely richer. A theater’s truest expression is the community created when everyone is let in — artists, audience, everyone.

My interest in STEM began with my passion for animals in elementary school. At the Science Museum of Minnesota, I watched documentaries on Jane Goodall, built rafts to fly in the tornado simulator, and gathered nature to trade for rocks and minerals at the Collector’s Corner.

In sixth grade, I joined Science Bowl. I found the buzzer-style competition thrilling, and the gratification of answering questions, working with a team, and learning science rewarding. Soon, my desire to get better at Science Bowl led me to study science outside of school. I love watching YouTube series that present science in an engaging way and reading advanced articles and textbooks.

Learning from peers plays a big role as well. What I appreciate about our Science Bowl club is our desire to understand the answers instead of quickly moving through questions. We have conversations and don’t only study alone. This is a more efficient way to make information stick, as well as build the team dynamic. We also present on the topics we find most interesting in order to cultivate an open learning environment.

Learning biology and chemistry has inspired me to pursue a career in health science in order to learn about and improve human life.

I want to see more female representation in the National Science Bowl. I want all girls to know that no one starts as a genius. I am grateful to be part of such a fun and intellectually stimulating community.

How has music or movement inspired you? Send up to 300 words by April 12 to editor@womenspress.com

How has Innovation played a role in your life? Use the Comments field below. 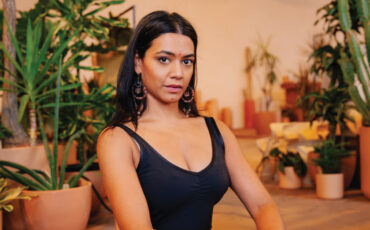 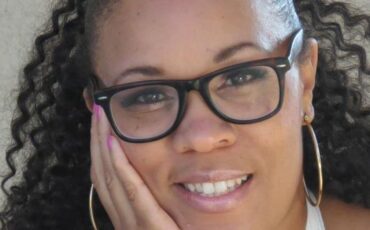 Tapestry: An Evolution in Our Ecosystem

commentary about how people connect with the environment 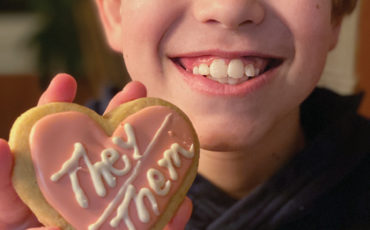