For 40 years, Women’s Consortium has fought for gender equity and social justice in Minnesota. Working with member organizations, affiliated businesses and non-profits, and individuals across the state, the group develops policy proposals and advocates to get those policies on legislative agendas.

The organization has recently rebranded as WoMN Act to emphasize non-binary inclusion, as well as Action, Collaboration, and Transformation. One focal point is addressing violence against Indigenous, Black, and trans people.

On September 18 — the 40th anniversary of its founding — the non-profit organization will convene a virtual summit to help set its legislative agenda around four key priorities of its rebranded mission: racial equity, violence against womxn, criminal justice reform, and healthcare disparities. Breakout groups will decide on 3-5 key proposals each.

Girls aged 13 to 18 also will participate in the policy summit, thanks to partnerships with organizations around Minnesota. One town alone is bringing 60 young women. Ann Bancroft Foundation, Girls on the Run, Project Diva, and Tubman are some of the groups that are recruiting younger participants.  Leondra Mitchell, executive director of WoMN Act, says, “We want girls to know that, as voting people, we are there to listen and help them achieve what they need at the legislative level.”

Editor’s Note: The former Women’s Consortium was a key partner in the earliest years of Minnesota Women’s Press 36 years ago. With both organizations focused on similar priority issues in this time in history, we are also re-connecting in our partnership. Expect to see more collaborative work with WoMN Act in the future on the stories that illuminate these issues in deeper ways.

On the Ground With Mutual Aid

submitted by members of TCMAP
In the days following George Floyd’s murder, grocery stores and other critical infrastructure were impacted by the uprising for Black lives. As stores reduced hours or closed entirely, access to supplies became a priority. The needs of neighbors, many of whom were already struggling due to structural inequities made worse by COVID-19, were suddenly in the spotlight. Social media platforms were overwhelmed with urgent needs from the community, but these calls were often lost in a flood of information-sharing.

To meet and communicate the needs identified by community leaders, the Twin Cities Mutual Aid Project (TCMAP) was born.

TCMAP’s map was created to document the location and needs of mutual aid sites. The map lists over 250 organizations and sites all over the Twin Cities and continues to be updated daily. The team consists of dozens of volunteers working together to coordinate with on-site organizers. TCMAP acts as a bridge, providing a simple and accessible way for community members to meet aid sites’ needs with donations and supplies.

The collective of volunteers came together out of a shared belief in mutual aid — that networks of freely given assistance and shared resources make community stronger and safer. We prioritize the expertise of our neighbors, particularly BIPOC and LGBTQIA+ folks.

Attention to mutual aid sites is waning as the sense of urgency has worn off. This has resulted in a dramatic decrease in donations, even as needs persist amidst ongoing resource insecurity, COVID-19, and the effects of racial inequality.

Mutual aid is not a short-term solution. It relies on all of us making commitments to our communities for the long haul.

Be a part of mutual aid efforts by donating money or supplies. Volunteer at sites. If you can translate or repackage and distribute supplies, your skills are needed. Share information about community needs on social media and with those in your network.

August 24, 2020 – The COVID-19 Housing Assistance Program officially launched today, making $100 million available to help prevent eviction, prevent homelessness, and maintain housing stability for eligible renters and homeowners. The program is designed to cover expenses such as rent, mortgage, utilities or other housing-related expenses that were incurred after March 1, 2020 and are past due.

Minnesota Housing has selected 44 local administrators across the state to administer the funding program. Minnesotans interested in applying and learning more about the program can begin the application process by calling Greater Twin Cities United Way’s 211 Resource Helpline (Toll Free: 1.800.543.7709; Local: 651.291.0211), visiting 211unitedway.org online, or texting “MNRENT” or “MNHOME” to 898-211.)

The highest non-profit CEO salaries tend to be in healthcare, such as large hospital systems, and in education, such as big universities. According to Excellence in Giving, the average CEO of a nonprofit with $750,000 in annual expenses made nearly $78,000 in 2018, whereas the average CEO at a large philanthropic organization spending more than $50 million each year earned nearly $315,000.

In a 2017 study of metro markets, Charity Navigator reports that CEOS of non-profits in Minneapolis/St. Paul rank 25th in the nation, with an average salary of $116,500. Women head many of the state’s largest non-profit organizations, such as Deidre Schmidt of CommonBond Communities, which creates affordable housing ($258,000). 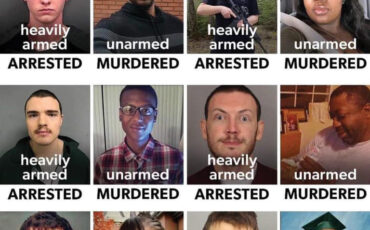 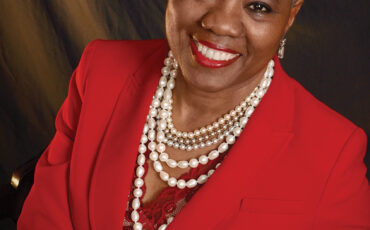 Gated communities are created largely to keep certain people out. How is the monotone nature of many decision-makers impacting society?