by Mikki Morrissette
741
"We punish those who are already victims of their own circumstances and put them into even worse circumstances."

Sandra Filardo is a long-time prosecutor with the Hennepin County Attorney’s office. As someone who pursued child support and prosecuted drug and property cases, she saw how livability issues intersected with people struggling in family and criminal court. She recognized that the system needed to change around nonviolent crimes, often related to surviving homelessness, chemical dependency, and mental illness.

Filardo says she recognizes that “we do not work properly with people who face nonviolent livability crimes and people who do not have enough resources available to them. We punish those who are already victims of their own circumstances and put them into even worse circumstances. We have to start with addressing what the problems are. Homelessness, for example, can trigger mental health issues that [cause people to cope] with drugs.”

She wants to figure out how the system can change so that suffering is reduced for all. In 2021, Filardo received a Bush Foundation grant to find solutions to big issues and improve leadership skills needed to execute that vision. 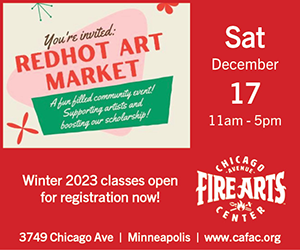 As part of the fellowship, Filardo shadowed people involved in the legal system in London. She worked with people in the prosecutor’s office, judges, police officers, and those engaged in livability work, including a mental health diversion program. She observed and asked questions as they worked in the field.

One of her primary goals was to learn why London does not put as many people in jail proportionally as we do in the United States. London also has shorter probationary periods and reduced caseloads compared to what Filardo sees locally. She started the second of her two-year fellowship in August and is beginning to transcribe her notes and data.

The United Kingdom has a national health system that offers more mental health resources than we offer in the U.S. “Here it depends on insurance, and the access people have to information and providers,” she says.

In London, there is an integrated system of police, mental health counselors, and general practitioners who work together on people’s cases. They find this approach is best to deal with the unhoused and people with mental health needs.

The local court system also has a mental health diversion program with two psychologists in the courthouse who assess defendants. “The prosecutor, judge, and defender listen to the mental health provider’s advice that this person needs to be in the hospital now.” A defendant can be involuntarily placed for 28 days to assess mental stability and determine whether they are dangerous to themselves or others.

“It is the equivalent of someone who has a heart attack in the courtroom,” Filardo says. “You do not send them to jail to wait for a hearing. You send them to a hospital because they are not well.”

Similar to U.S. cities, London does not have enough places to send people who are experiencing a mental health crisis. One of the people Filardo shadowed indicated that he spends a significant amount of time looking for an available place to house someone.

While waiting for hearings, puzzles are made available to defendants to give them something to do. They are served coffee or tea, and have a menu of culturally appropriate choices for lunch. Filardo says she teared up to see the caring and respect she saw in the London legal system.

Based on what she saw, Filardo says, people facing trial “are not being further traumatized.”

A Scandanavian-style makeover at a Philadelphia prison (The Conversation)
As they say in Norway, a prison is responsible for enabling the people who are incarcerated to return to society as good neighbors 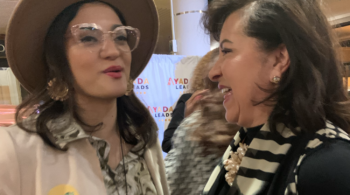 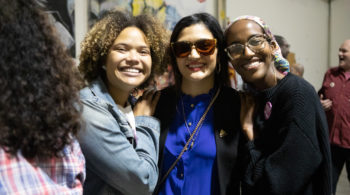