How I Finally Moved Toward Solar Energy

by Gaea Dill-D’Ascoli
1228
It took me about two weeks to wade through enough information to understand the value of solar. By then I had run out of excuses to not make a decision to move ahead.
Education content is made possible by Casa de Corazon

Everyone I know has a list of tasks that they should do. My list usually includes things that seem too large to tackle that I haven’t figured out how to break into bite- sized pieces.

One night, after I commented on a friend’s post about solar, my unsolicited ad feed included an organization that puts people in touch with installers. Despite my aversion to being targeted with advertising, I followed the link. I was sent to a mid-sized company in Illinois that serves Minnesota, which gave me a quote. I did nothing.

Two months passed before I reached out to a Minnesota- based company. I got a quote and vowed to do something with it. I did not. I was too busy, I told myself, to deal with comparing quotes and figuring out what all the parts meant.

Then the coronavirus shut down my industry and social life. I lost my “too busy” excuse. I tried a few other excuses, but they didn’t stick. So, I got to work researching solar. 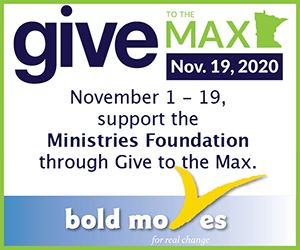 In the state of Minnesota, you can install a solar system on your house that will produce 120 percent of the electricity from your average bill in the past year. It is calculated as “maximum production” — if all the panels are in maximum sun and it is always sunny.

The reality for most residential systems is that there is a tree or a telephone pole or a taller building that blocks the production. I also learned that having a battery doubles the price of the system and takes up a lot of space. In my case, we will use net metering. This means that whatever energy my system produces goes first into my house. Anything left after powering the house goes back into the grid and I get a credit for it.

At night or on cloudy days, my home will draw power from the grid and use up the credits accumulated on sunny days. If I need more power than I have credits, I pay for power at the same rate as my neighbors.

In Minnesota, the laws that regulate net metering are fair to the consumer and allow for a one-to-one credit. That isn’t true in all states.

By creating energy locally, there is less energy bleed. A small percentage of the electrical current bleeds off as it travels through the grid. Much of our energy is produced in locations far from our homes, which means more has to be produced in order to make up for the bleed. A residential system for solar energy is much more efficient at power. Most of the excess power from a system even supports neighbors.

After I learned about solar, I had to learn how to afford it. Xcel Energy is required to produce a certain amount of green energy. To do that, they offer incentives for consumers to put solar on their houses. In 2020, that incentive is about $3,000.

The federal and state governments also have made moves to increase the amount of renewable energy and offer tax incentives that break down to another $3,000 over five years.

The Center for Energy and the Environment has several options for making our homes more energy efficient, including a solar financing program. Interest rates are between 2.5 percent and 4.5 percent over 5 to 15 years.

In my case, financing over 10 years means my monthly payment is about the same as my current utility bill. Other than the $1,000 down payment, the whole package for me will be close to cash neutral for 10 years, then will be cash positive after that.

In my case, for reasons that made sense to me, I reached out to a representative at TruNorth Solar. With coronavirus lurking, we sat in the front yard with masks and gloves to go over the details.

The next day, I signed the contract. Then we started moving at the speed of bureaucracy.

Solar installers have to talk to Xcel to get an interconnection permit. The permit has to specify the number of panels, which requires an engineering approval. That bounced the design back to TruNorth, because it would have created more than 120 percent of my usage under ideal circumstances, so they had to cut two panels and resubmit the permit.

About a month into the process, I realized I had no idea how old my roof was. And I was about to make it impossible to re-roof. I started calling roofers. I found one who was able to come out and tell me how old they thought it was.

I asked if I needed to have the roof replaced before the solar went on. The estimator said yes, so I started picking out roof colors and ventilation options. Since I was that far in, I decided to have them install gutters at the same time. They worked quickly, and I had a new roof before I had my interconnection permit from Xcel.

As I write this article, my permit is in “engineering review” with Xcel. It should be approved soon. TruNorth has set a tentative installation date of the third week of June.

I am crossing my fingers that it all goes through easily and that I can have a solar roof in time for the longest day of the year. 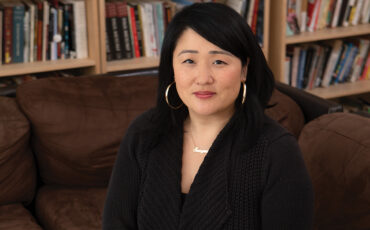 In this time of COVID, enduring the relative isolation, I have thought about the lessons in patience and sheer endurance in Korea’s origin story. 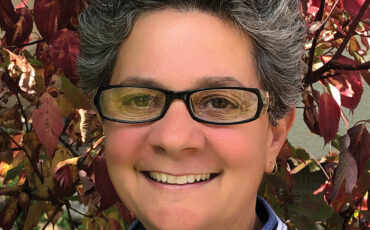 I wonder if my grandmother and I missed the boat. Did we share some kind of outsider status?

A deep dive into the light and dark of relying on philanthropy, including lists of suggested community-based transformation funds in Minnesota.