How Do You Define Transforming Justice?

When I think of trans- forming justice, I think of the way that we are with each other. Transforming justice calls for remembering how important our interconnectedness is. It challenges us to break out of patterns that are comfortable in a way that is ripe for a spiritually centered, community-driven movement. When I say spiritually centered, I don’t mean religion, but movement of people’s spirit and energy. That is not just about sunshine and rainbows. It is a call to be in wholeness with ourselves and with each other. So when I think of justice, I think about how we ‘be’ with each other — how everyone can be fully in their wholeness.

Sarah Curtiss (she/her) is co-executive director of Men as Peacemakers.

The traditional idea of justice is about righting a wrong. My laptop was stolen when I was barely 16 and it was returned to me by police. I felt restored. I yelled, “Justice!” This was my simplistic understanding of the term. I did not know at the time that I would be going to marches years later and screaming “Justice!” for Jamar Clark, Philando Castile, Myon Burrell, or George Floyd. The police could not give back Jamar Clark’s life, or give back the 18 years Myon lost in the prison system.

The justice we demand has to be for systemic policy change and social change, so that no other person would lose their life to an unjust system or a prejudiced cop. Transformative justice addresses the status quo when it is inherently unjust and unfair. Now is the time to stand up and be bold.

Angela Rose Myers (she/her) is president of the Minneapolis NAACP.

Within the Asian community, the darker you are, the less social status you have. There are perceptions around lack of privilege and prestige with being a dark- colored Asian.

Regarding transformative movements, I believe we fall into the trap of having one kind of leader and one voice. That is a white supremacist framework and structure of power. Building inclusive power and leadership is where we can start dismantling the power structure that only allows one type of person to be the face of an issue.

ThaoMee Xiong (she/her) is co-leader of MaivPAC, the first Hmong American women’s PAC in the country.

Nevada Littlewolf: Education as a Right

I just started working on a campaign for the Page Amendment. It is an education equity amendment to the Minnesota state constitution. It is rooted in the belief that all children in Minnesota have a right to quality public education. Right now we do not have that in our state. When we look at educational inequity and disparity, we know it is Black, Indigenous, people of color, and rural folks, who are affected. Working on a constitutional amendment would make it a right for all children in Minnesota to receive a quality public education.

Nevada Littlewolf (she/her) is executive director and campaign manager for Our Children MN.

Transformative justice means that we want our neighbors involved, whether or not they have degrees or understand the same language as us. Transforming justice means that we are willing to put those things aside and recognize that, in order to truly evolve our world to a place where everyone is getting what they need, we need to be willing to leave our egos at the door. We need to be willing to ensure that we are taking the time to have necessary and difficult conversations with those around us so that they are able to understand where we are coming from.

Transformative justice asks us to not assume the worst in one another. It asks us to acknowledge when harm is done that we can work alongside one another to repair it so that we are able to truly undergo a beautiful metamorphosis.

In the Hmong community, we have an organization called the 18-Clan Council, which operates like a cultural justice system. When requested, they mediate in situations such as family disputes. The organization I look to, however, for powerful work in transformation is Casa de Esperanza. In domestic violence, they involve men to talk about the stressors causing issues of violence. They offer kiosks for men to use as resources and to find work. They find it does sometimes lead to less stress in the household and less violence. Their work to improve women’s lives is pioneering.

Monali Bhakta: Being Valued by Law

The majority of my childhood was spent helping my parents with the motel they owned. I recall in fourth grade seeing how back-breaking labor weakened my mother’s body. I asked why she had not seen a doctor. Sighing in exhaustion, my mother revealed that being a non-citizen meant she could not receive state-funded healthcare like Medicaid. My dream is to become an immigration attorney to help transform our justice system. That way the law can finally value us.

Monali Bhakta (she/her) is a Midwest Fellow with Ignite National.

In baking, there is a recipe which brings together everything necessary to make a cake.  Likewise, a just society needs a recipe that will bring about a new way of healing.  When harm is inflicted, it is not just against the state, but against the entire community.  Therefore, the recipe for justice needs to include all the stakeholders — those who were harmed, those who caused the harm, appropriate professionals, and community members coming together to determine the consequence of the crime.  All of them, working together using a restorative process, can create the healing pathway.

Pat Thalhuber is a Circle Keeper and co-author of “Building a Home for the Heart:  Using Metaphors in Value-Centered Circles” 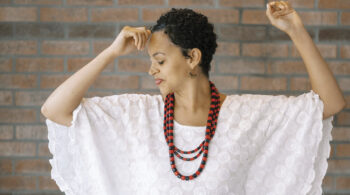 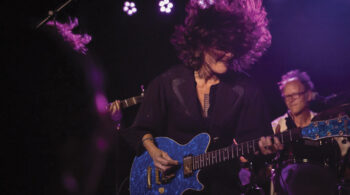 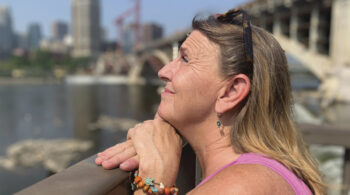