When Deneane Richburg began competitively figure skating as a child, moving on the ice became “synonymous with breathing,” she says. But Richburg found the skating world rooted in a toxic value system hostile to her Blackness. In 2013, Richburg started the performing arts company Brownbody, where she and associate artistic director Lela Aisha Jones lead all-Black casts of skating artists who use the ice to express African diasporic history and identity. We caught up with Richburg to chat about embodied storytelling and why her work is “rooted in bringing the past with me everywhere.”

Let’s begin with your early experiences with skating. What led you to the sport?

I was born and raised in Maplewood. As a child, I had a lot of energy, and my parents wanted to expose me and my brothers to as many activities as possible. Chasing after a ball was not interesting to me — I realized what resonated was anything involving movement and expression using the body. My parents signed me up for skating lessons when I was five, and they stuck. I remember hobbling my way across the ice as a child and whipping myself into a spin, not really knowing what I was doing. Eventually, I started taking lessons with a private coach and competing.

Growing up in Maplewood in the eighties and nineties, I felt like my family was one of four or five Black families in the entire suburb. We felt alone in many ways. I remember my mom telling me that when my brother and I were toddlers at the grocery store, the white shoppers and workers would stare at us like we were baby aliens. I think about my mom and dad, and how alienating and uncomfortable that must have been for them.

As a result, I internalized a lot of toxic narratives around Blackness and being a young woman. It was not until I got out of the Midwest to complete an MFA in dance choreography in Philadelphia that I started to gain some perspective. I realized that my body is not odd; it is beautiful and powerful, and I should be proud of it. I am proud of it. But living in the context of upper Midwestern whiteness, I could not see that. All of that made and continues to make my experience as a skater complicated. On the one hand, I really love skating and expressing myself through my body on the ice. But on the other hand, I am not interested in traditional skating spaces because of that toxic value system.

How did you return to skating?

Even through the trials and tribulations of skating, it is something that I have been doing my whole life. For me, it is synonymous with breathing, and I firmly believe that whatever is done off the ice can also be done on the ice. For my MFA thesis, under the loving guidance of my advisor and mentor Dr. Kariamu Welsh, I performed and choreographed a piece on the ice focused on a woman named Saartjie Baartman. Saartjie was a Khoikhoi woman who was alive in the early 1800s. She possessed attributes valued by the Khoikhoi culture — large buttocks, hips, and extended labia. When she was working on a Dutch plantation, the farmer’s brother decided to take and parade her around Europe.

She was put on display while white onlookers objectified her. They used racist tropes about Black women, who were seen as exotic subhumans and Jezebels. Eventually, Saartjie was taken to France, where a man named Georges Cuvier performed experiments on her. Within a few weeks, she died. He dissected her genitalia and put her body on display at the French Natural History Museum. It wasn’t until the early 2000s that her body was returned to South Africa for proper burial. To this day, I can see the residue of this level of objectification and exploitation of the Black female body in the way that Black femininity is perceived.

Performing this piece about Saartjie made me realize that using the physical advantages of the ice — the momentum, being able to play with how energy moves through the body while gliding — offers another dimension to stories.

I moved back to Minnesota and established Brownbody as a home for my artistic work. It is meant to be a nourishing space that allows Black artists to understand who we are as human beings outside of narrow and toxic popular narratives associated with Blackness.

What stories have you been most compelled to tell and explore with this art form?

Much of the work I have created somehow relates to Toni Morrison’s book “Beloved.” “Living Past (Re)Memory” [performed 2011–2013] focuses on the complicated relationship between Sethe and the 18-year-old baby ghost, Beloved. “Quiet As It’s Kept” [performed 2015–2017] drew parallels between the Reconstruction Era and the rise of Jim Crow and the race-based police brutality that continues to happen. That was performed in a time of seemingly back-to-back police murders of Black people and many instances of intense physical violence and emotional brutality. We need to recognize that our modern-day policing system is rooted in this kind of white mob vigilantism prevalent during that time.

“Tracing Sacred Steps” [performed 2019–2022] is about connecting to ancestors and affirming the sacredness of our rage. We performed Ring Shout [a spiritual ritual performed by enslaved Africans involving rhythmic circular movement] to ground in reflection, affirm the presence of spirit in the air, and illustrate how the practice continues in Black sacred spaces today.

When possible, we bring the audience onto the ice so they can physically feel the speed and the momentum, the wind that blows past their face, when a skating artist glides by. In our pre-Covid days, we would try to facilitate direct interactions between performers and audience members. In 2019, the skating artists entered the rink through the audience and handed out postcards with images of ancestors and jars of natural elements such as water, river rock, sand, and mud. We asked them to hold these things throughout the performances to reestablish that connection between our history and the natural world.

We are also fortunate to work with the amazing Sandra Richardson, Brownbody’s undoing-racism, healing, and organizational consultant. She facilitates our post- performance discussions and works to ensure we remain grounded in our values. We want to ensure that those discussions do not espouse Euro-dominant ways of being, and that all voices are heard.

Every element of what we are experiencing today is rooted in what came before us. Currently, it feels like so many are disconnected from our history; it is not properly taught in schools. That is why so much of my work is rooted in bringing the past with me everywhere. We don’t have to wallow in the painful elements of the past, but we need to know they happened.

Can you describe that process of getting a story into your body?

I experience the world through movement and sensation in the body. I have been told that I talk with my hands; my gestures do as much of the work of explaining as my words because I feel whatever I am thinking through my body. While performing, I have to mentally and emotionally go to whatever I am trying to convey, while simultaneously moving through choreography.

I invite artists to bring their whole selves to the creative process. We do a lot of improv to capture key moments, and then choreograph those together. [For example, in choreographing “Tracing Sacred Steps”] we asked skaters what invisible presences exist in the air around us — what does that do to your body? Some folks in the cast have extensive backgrounds skating in large-scale productions, so they help me bring to life these different formations and patterns of ensemble movement across the ice.

It is a unique group of people willing to create in an environment where the focus is on the process as a journey and not always on the final “product.” In competitive skating, you are trained to achieve certain skills. Instead, I’m like, “Let’s engage in a process.”

Brownbody runs a donation-based learn-to-skate program featuring an all-Black team of skating instructors. “One of the main goals of that program is to create a welcoming and nourishing experience for people in Black and brown communities that might be coming to the ice for their first time,” Richburg says. brownbody.org 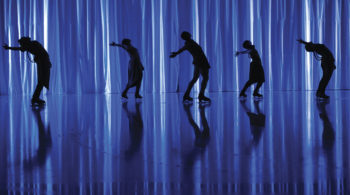 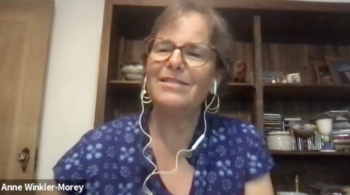 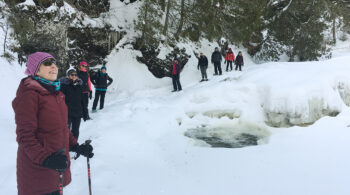 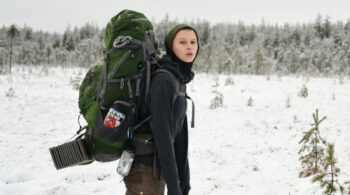 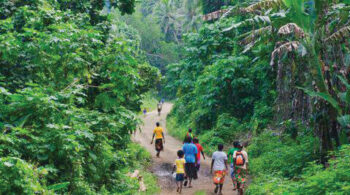 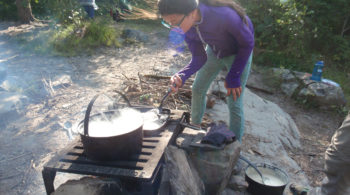