206
Drug overdose deaths are rising more rapidly among Black and Indigenous Americans than they are among white people — and Minnesota’s disparities are the worst in the nation.

Reprinted from a partner in independent community-based publishing, Minnesota Reformer

New data released this week by the Centers for Disease Control and Prevention shows that drug overdose deaths are rising more rapidly among Black and Indigenous Americans than they are among white people — and Minnesota’s disparities are the worst in the nation.

From 2019 to 2020, according to the analysis, fatal overdoses increased by 44% for Black Americans and 39% among Indigenous people. Among white people, by contrast, overdose deaths increased by 22%.

All told nearly 92,000 Americans died of a drug overdose in 2020, the highest number in decades.

The data also show that Minnesota has the worst racial disparities in the nation when it comes to overdose mortality. An analysis by members of the Lancet Commission on the North American Opioid Crisis found that among Black Minnesotans, for instance, the opioid mortality rate of 36.3 deaths per 100,000 population is not particularly high compared to other states.

But white Minnesotans’ opioid mortality rate of 10.7 per 100,000 is among the lowest in the nation. The disparity between the two — with Blacks more than three times as likely as white people to die from opiate poisoning — is the worst of any state in the nation with reliable data.

The disparities are even more staggering for Indigenous Minnesotans, whose opioid overdose rate of 115 per 100,000 is the worst in the nation, and a whopping 10 times greater than than the white overdose rate.

The Minnesota Department of Health points to the social determinants of health as the chief driver of these disparities.

Minnesota’s racial disparities in drug overdose rates mirror its steep inequities in other realms, like life expectancy and family earnings. While the state consistently ranks highly in measures of overall quality of life, data like these are a sobering reminder that the health and prosperity enjoyed by many white Minnesotan families are often out of reach for Black and Indigenous households. 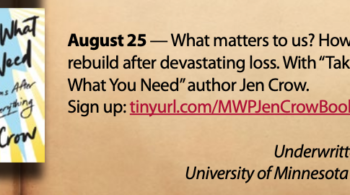