Comfort Choir —The sacred sound for when there are no words

The transformational energy of dying was apparent to Barbara McAfee when her father-not a cuddly man generally-became sweeter in the process of talking with his family about his pending death from pancreatic cancer. The experience “was a threshold, profoundly healing, strangely fun at times,” she said now, several years later.

As a singer and song leader, McAfee was often asked to find a song when the community she was connected to experienced several shocking losses in a short period. “Sometimes there are no words that work,” she said. “No fixing anything. But if you can create beauty in the middle of all of it. …”

McAfee had heard about “threshold singing” in San Francisco, where people sing to the dying. In 2008, she founded the Morning Star Singers in the Twin Cities, which calls itself a “comfort choir” because they also sing for many people who are not actively dying.

Sometimes the singers visit those experiencing deep sadness or depression. “It is a privilege to be there when someone is transitioning,” McAfee said.

Yet the mission of the all-volunteer group, which visits hospices, hospitals, nursing homes and private homes, is even wider-to “offer songs of healing and comfort to those struggling with living or dying.”

McAfee described their “comfort” music as a way to “bridge the world, supersede space and time”-almost lubricating the transition from one space to another, as energy changes form. There are spiritual and physiological changes that happen with song, but it also provides a “bond between people, strangers even, that is underneath words, where differences don’t matter,” she said.

“There is some kind of alchemy that occurs when you bring vulnerability, kindness and singing together,” McAfee said.

One man who could not speak ended up singing with them. An agitated woman immediately calmed as the music started. Others visiting coma patients notice a new hitch in the breath or twitch of the eye. A few times, a dying person has let go within a day of the singing.

Once a husband died just before they arrived; the group sang anyway and the wife was able to take solace with them. She would not have been there when he passed had the comfort sing not been scheduled for that time.

Not every transition is easy. Singing opened the eyes of one man to the realization that he was dying. It was hard for him to let go of his life, and the music gave him space to feel profoundly sad about that.

The group “is a choir, but it’s not about performance,” said member Laura D’Ambrosio, who joined last fall. “It’s about the gift of song. I am honored and humbled to sing for people who are sick, dying or hurting. The connection I feel with others in the choir and the people we sing for is sacred.”

When 18 members of the group gathered for a regular practice session, they spoke about what the experience offers-and most talked about its transcendent impact on them as singers, even more so than its impact on those they sing for or with.

Said one member, “Many of them show me how to die.”

Another reflected that the experiences “help us listen.” “It is a way to cradle and hold someone in the warm vibration of music, similar to nursing a baby into sleep.”

The comfort choir also has sessions filled with laughter, offering loved ones a relief from crying or being “on.” One of their songs is based on a chant from Ghana, in which different voices encircle a guest with words that mean, when translated, “Anything that is created cannot be destroyed.”

Although the group includes about 50 women and men who weave in and out of the twice-monthly practices depending on availability, the actual comfort session generally includes four to six singers who sing about 15-20 minutes of music-from sacred to secular, soothing to boisterous.

In a hospital, they will visit multiple rooms, and every story they encounter is different. One patient might be lively and singing along, the next on a respirator with eyes closed. “There is a whole new experience waiting in the next room,” McAfee said.

Before the singers enter a room they connect as a group, “get comfortable with their fear and drop it at the door,” one said. “You learn to let go of whatever doesn’t matter, so there is space for the sacred to come in.”

FFI:
Currently the Morning Star Singers have a waiting list for new members. Barbara McAfee likens the group to a kind of soup that has to meld together before it takes in an influx of new ingredients.

To request comfort singers, contact 612-721-1914 and leave a message in voicemail box No. 2 or email [email protected]

Donations are accepted but not expected. “If people want us to ‘perform,’ we say no. Our work is intimate-not a performance,” McAfee said.

The group has a CD described as a soundtrack for the process of loss, grief and comfort. 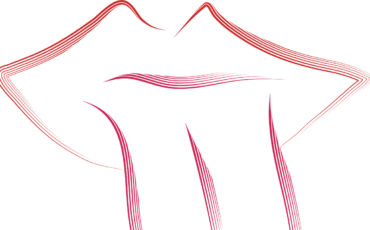 Parents recognized that their children were displaying behavioral problems at school, but not at home. I realized there was a problem bigger than they even knew. 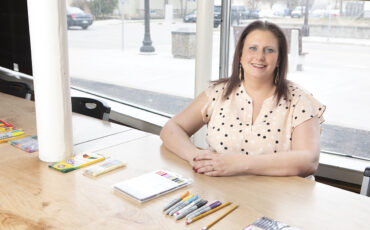 I am able to talk freely about my story without judgment and with total acceptance. This has changed my life.