‘Born and raised on the fair’: It’s in her blood: Brooke Blakey keeps us informed about public safety

Brooke Blakey loves the Minnesota State Fair. It’s a good thing, because she’s there 12 to 16 hours a day during the 12-day run of the Great Minnesota Get-Together.

“I was born and raised on the fair,” says Blakey, whose father, Art, is chief of the fair’s police force. Blakey is in her second year as public information officer for the fair and, like her dad, she is a sworn member of the 42-person police force.

She’s from a crime-fighting family. In addition to her father, she has a brother, an uncle and two cousins who are in law enforcement.

Blakey, 37, started working at the fair more than 20 years ago in a much more lowly position. “I first started working there when I was 14, picking up trash. Then I worked in grandstand and midway ticket sales. I even made french fries and Sweet Martha’s cookies,” she says.

Although the fair has a staff that handles general questions from the media, she is the fair’s first public information officer. It’s her job to provide information on issues related to public safety. She works in conjunction with the media personnel and the police. “Sometimes we tag team to make sure the information we put out targets all the groups at the fair,” Blakey says.

Although she started at the fair doing simple jobs, after graduating from the University of Minnesota with a bachelor’s degree in child psychology and criminology, Blakey has done “a plethora of things.” She was a social worker in child protection. “I thought I was going to save the world.” Then she was the youth achiever program coordinator for the St. Paul YWCA, and she taught at the Inter-District Downtown School in Minneapolis and worked for Minneapolis’ Civilian Review Authority, inspecting police brutality reports.

Today, in addition to her positions at the fair, Blakey is an officer for the Metro Transit Police Department.

From heat to guns

Last year, one of the most important messages Blakey delivered to the public at the fair was to be aware of the dangers presented by the extreme heat.

She also had talks with gun-rights supporters who – contrary to fair policy – wanted to strap on their sidearms and walk down the middle of Dan Patch Avenue. Most of them just wanted to make a statement, Blakey says. And what better place than at the fair, where there could be 250,000 people on any given day?

“I just explain that these are the rules that are in place, that we’re not trying to keep you from your constitutional rights, but it’s alarming to the public” to see an armed fairgoer, she says.

Fairgoers are generally well-behaved and few serious incidents have occurred, Blakey says. “We had a stabbing three years ago, but for the most part, problems don’t start [on the fairgrounds]. They’re brought in. People have a disagreement somewhere else, then run into each other at the fair.”

The public information position is tailor-made for Blakey. It gives her the opportunity to talk about something she loves. Although, she says, “being in front of a [television] camera was a little scary the first time.”

On a typical day, Blakey checks in with the police watch commander at 8 a.m. roll call to familiarize herself with any advisories. She studies police reports and makes sure all is well with dispatch. Then she hits the streets on foot doing what she enjoys most – people-watching, talking and enjoying a little of her favorite fair food – those french fries she used to fry up.

On her strolls she runs into a lot of people she knows – vendors, workers and even fairgoers. “The same people come back year after year,” Blakey says. And then there’s the craziness. “It’s not unusual to see someone chasing a piglet,” she says.

The public information job is part-time, running the 12 days of the fair and about two weeks before and after. Spending so much time away from home is hard on single mom Blakey and her daughters Aaliyah, 13, and Braylyne, 5. Like mom, like daughters; the fair is in their blood, too. When she’s off-duty, you’ll see the three of them walking the fairgrounds.

With fair time right around the corner, Blakey is revved up and ready to go. “I really do love the fair, everything about it,” she says. “It’s a family.”

We have to change the thinking that women are less. 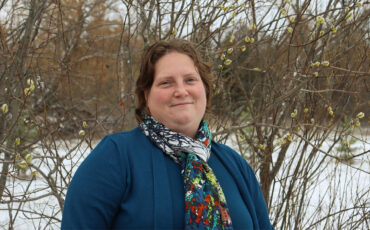 I Ran for Office and You Should Too

I am the child of a sharecropper’s son and a coal miner’s daughter. The mining industry and union struggle are 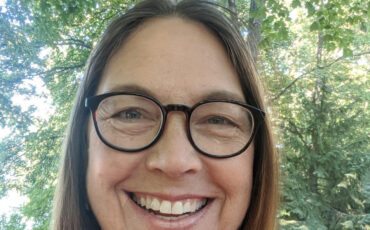 “This has been a grand adventure in farming, family, and community. Our goals included land and habitat restoration, clean energy, carbon sequestration, and healthy free-range kids.”