I focus best when I am endangering life or limb. Yoga does not zen me out, it makes me angry. For years, training in aerial circus was my calm. Over the past year, I have learned that playing with molten metal gets me to that tranquil state. Working metal is a bit like playing god. You take an immutable substance and bend it, curl it, or watch it become liquid. When it cools, it is once again immutable, but in a shape you chose. 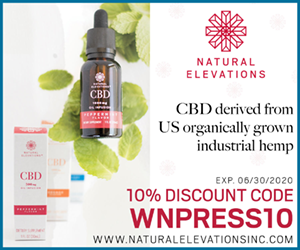 The metal shop at the Minneapolis Community and Technical College (MCTC) had been unused for several years when Heather Doyle was hired to teach a welding class in 2003. Doyle fell in love with fire in high school when she took an industrial arts class. While at MCTC, she met Victoria Lauing, who was running the continuing education program and had dreams of filling the vacant metal shop. Together, they decided to create a welding program. In a field dominated by men, Doyle’s presence as a teacher and leader brought more women and femme-identified people to her class.

Doyle and Lauing dreamed of a space that could uniquely serve the fire arts. In 2006, a group of neighbors came together to find a way to change the corner of 38th Street and Chicago Avenue, a notoriously rough area. Someone floated the idea of an arts center to fill the empty space and Doyle and Lauing pounced.

Now the Chicago Avenue Fire Arts Center (CAFAC) is housed in what was once the Nokomis Theater. The converted theater — one can still make out ‘Nokomis’ tiled on the gallery floor — has become a hive for industrial arts.

At any given moment, there might be a blacksmith working at a propane forge where the movie screen once stood, or neon tube benders in the old projection room, or a class of welding students working bike parts, silverware, and bolts into sculptures where audiences once sat.

After four years of planning, the first classes offered in 2010 were in welding and blacksmithing, the things that Doyle knew best. Shortly after that, jewelry making crept onto the roster. Later, founders built out a room specifically for the noisy, dusty work of grinding and sanding metal, and constructed one space for enamel and repousse, and one for neon tube bending.

There are also classes in fire dancing, glass flame work, and metal clay. Now, four employees and a team of volunteers keep the building in a state of creative cacophony.

As Doyle, Luaing, and the two other paid staff of the Fire Arts Center, Jhyle Rinker and Jess Bergman Tank, lay out the timeline of the additions, their relationships with each other and the community are brought into focus. Each layer of the programs comes with a piece of personal or community history.

Most tellingly, when they try to remember when the neon classes started, Rinker asked, “Who had a baby around then?” And the group immediately came up with a child, a date, and the start of the program. Each of these women is raising her children in and around the Fire Arts Center. They keep hoping that one of them will take to the industrial arts, but so far they have a photographer, a writer, and a painter.

A loud, dusty, concrete room is not what people imagine when they think of places that recharge the spirit and focus the mind. But when I am staring at a heap of junk metal with a torch hot enough to turn steel to liquid, I can focus on the moment. Around me, I feel the heartbeats of other artists.

While working on welding a sleigh for moving maple sap, and a phoenix made of spoons and nails, I shared the space with a plethora of projects: an installation destined for the new public works building, an aerial apparatus, and several neon dolphins. When my deadline was looming, another welder offered to spend an afternoon working on my projects. I’ll return the favor when he needs it. I have already bought him a six-pack of beer.

Doyle and her team believe that collaborative spaces build artists. An artist working in isolation hits a point of plateau and can get stuck. Additionally, industrial arts have barriers to entry, with high equipment costs and safety precautions. In some cases, industrial arts cannot be practiced alone because large materials are impossible for one person to handle.

CAFAC creates a space in which people can share equipment, expertise, and lifting.

In the wider community, CAFAC works to develop and install large-scale public art based on community conversations. Some current installations include a Prince tribute in Fairview Park (Purple Raindrop), benches throughout the Twin Cities, and a 170-foot decorative railing on the shore of Bde Maka Ska.

During the Fire Arts SPEAK project, youth who are in at-risk situations work together to create a piece of artwork in service of the community. In summer 2019, students welded five benches out of pieces of guns. All youth involved had been affected by gun violence.

The art coming out of CAFAC is, like the organization, something that can only exist in this time, in this place, in this community.

CAFAC has built a village. 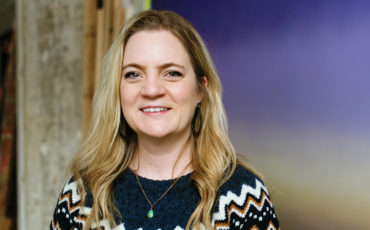 Visualizing the Air We Breathe

Minnesota artist Lindsy Halleckson writes about how her art is inspired by the air, and how coronvirus is making an impact 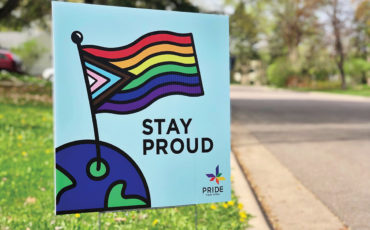 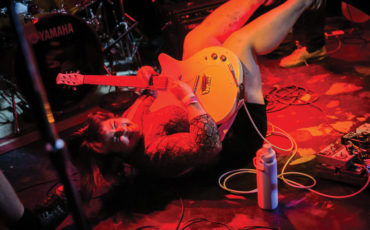 The Punk Scene: No Longer Just for Cis Dudes

“Finding music really made me feel part of the world.”