by Norma Smith Olson
293
To me, Wonder Woman is what a woman should be: beautiful, strong and caring.

If you were to be immortalized as your superhero of choice, who would you be? Why?

Artist Barbara Porwit began asking these questions of people several years ago. Inspired by a portrait that she painted in 2009 of her young son dressed in his Spider-Man costume – where she saw his qualities of courage and strength revealed – she was hooked by these questions and the concept of adopting positive superpowers to affect outcomes.

At the same time, it seemed to her that all of the women around her were being diagnosed with breast cancer. In the midst of their chemotherapy and radiation treatments, Porwit saw women turning health challenges into personal power.

So far, Porwit has painted six portraits in her series of superhero women bounding back from breast cancer, including “Wonder Woman Katy” featured on the cover of this month’s magazine.

For Katy Tessman Stanoch, the diagnosis of breast cancer was heart wrenching. “My breasts had nurtured two boys, defined my femininity, and now they were gone. I felt like I had been stripped of my magic powers,” Stanoch says. Her sons were 3 and 6 at the time. She underwent a double mastectomy on her 40th birthday, wearing a tiara and a prayer shawl as she went into surgery.

Stanoch came to an understanding that chemo gave her a superpower to fight off getting cancer again. During her recovery, she read books with her sons about Wonder Woman – whom she had idolized as a TV character while growing up – and identified with this superhero. “To me, Wonder Woman is what a woman should be: beautiful, strong and caring,” Stanoch says.

She first posed as “Wonder Woman Katy” for a black-and-white photograph taken by elli rader for the “of scars” project – an annual photography exhibit of women who have had breast cancer.

When Porwit and Stanoch, longtime friends, decided to include “Wonder Woman Katy” in the superhero portrait series, they got permission to use an image from that exhibit as the basis for the painting . “I gave her a ‘POW!’ background,” Porwit says.

Stanoch’s surgery tiara has turned into a crown, and the prayer shawl has transformed into a power cape. She has a frontal, full-length stance and a “very direct, Frida Kahlo gaze saying ‘I am here,'” Porwit says. “The painting really represents her power and her return.”

Becoming an artist was not something Porwit imagined while growing up on a farm near Mosinee in central Wisconsin. She took her first drawing class in high school, but was focused more on the sciences and received several academic scholarships to attend the University of Minnesota. “It was always arts and sciences,” she says of her primary interests at the time.

At the U, she took an anatomy class in which she studied body structure. “It was the best class I ever took in my life,” she says. “It explains why I can draw the human figure the way I can.”

A study-abroad year in Europe focusing on art history led to time away from school. Eventually, she returned to the U to finish her degree in art education and spent a decade working in camps and museums and teaching public school. She took an administrative position at the University’s Goldstein Museum of Design, but the recession years led to a layoff.

Over the course of just six months, starting in fall 2009, 10 or 12 women she cared about were suddenly dealing with breast cancer. Her friend Jill Stanton – who became “Radiation Diva” in an eventual portrait by Porwit – sent out daily posts during her radiation treatments that posed questions such as “What superpowers am I getting while undergoing treatments?”

‘We know we can fly’

Porwit blends both arts and sciences in her life now. For her day job, she works as a secretary in the oncology division’s bone-transplant unit at the U’s Medical School. She is taking the prerequisite classes to become a physician’s assistant.

Porwit says she tends to paint realistically, but with these recent portraits of women batting breast cancer “there’s the real live woman inside, coming out of this superhero persona.”

The portraits are about “the energy we all have inside of us,” Porwit says. “We know we can fly when we put that cape on.”

ABOUT THE PROJECT:
The goal of Barbara Porwit’s Breast Cancer Superhero Portrait Project is to engage individuals in experiencing the power of positive emotions to affect a positive outcome. Three of the portraits are included in the “WonderWomen” exhibit at the Katherine Nash Gallery at the University of Minnesota. In March and April, they will be on display at the Regla De Oro gallery.

Porwit is seeking volunteers to work with her and people to serve on her board for the superhero portraits project. 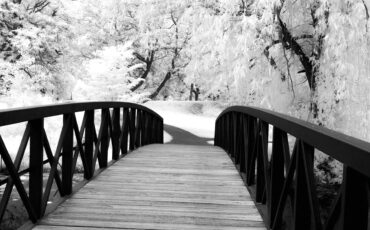 I could not send my art to a state that would support a trampling of “the right to choose.”