by Miranda Moen
2078
I want to uncover the cultural history of the dilapidated buildings that dot our landscape, enabling us to more fully appreciate and reflect on Norwegian American history as a country of immigrants.

Outside Spring Grove, Minnesota, stands the house my great-great-grandfather Endre Vik built in 1895. I stepped inside it for the first time 120 years later.

The pantry floor caved in years ago revealing an old wooden ladder to the root cellar, and light green paint peeks out from behind tattered strips of wallpaper. On adjacent walls, layers of newspaper were used as decoration. Although these elements may seem like general characteristics of old houses, the context in which they show up and their relationship to one another builds a clearer picture of their connection to cultural heritage.

The newspaper clippings pasted on the walls were written in Norwegian Gothic script and cut from the Decorah Posten, a local newspaper founded by Norwegian Americans. The Vik house three-room layout would have been familiar to the family prior to emigration from Norway. This “Akershus floor plan” has been common in Norway since the Middle Ages. By the time mass emigration started in the mid-1800’s, however, it was outdated, mostly found in older homes inhabited by lower class tenant-farmers. This tenant farmer class made up the majority of those who emigrated from Norway, which in turn influenced the wide use of these floor plans in Norwegian American homes.

Today these homes are often found tucked into the blindspots of rural landscapes, located off the main highway, on roads only locals remember. Many were abandoned long ago when it was no longer profitable to run the family farm. Some are still owned by family but left unused due to their lack of modern amenities. These houses contain valuable information about the cultural traditions of our heritage that we lost to assimilation during emigration in the mid-to-late 1800’s.

As a fifth-generation Norwegian American and aspiring architect, this experience has greatly informed my professional direction. I applied to the Fulbright program in 2019 and, after delay due to the pandemic, will be heading to Norway to study the 19th century buildings my ancestors would have called home.

So much of my upbringing emphasized my Norwegian heritage — the coffee and the cold meat sandwiches at family reunions, stories of my grandparents speaking Norwegian to my dad and his siblings growing up, the annual Syttende Mai celebration, the Velkommen sign, and the Norwegian log cabin in the center of town. It wasn’t until I explored the Vik house for the first time in 2015, however, that I realized the importance of uncovering the cultural history of the dilapidated buildings that dot our landscape. In doing so, it enables us to more fully appreciate and reflect on our collective history as Norwegian Americans and as a country of immigrants.

Growing up on my family’s historic farmstead in the far southeast corner of Minnesota, I am attuned to rural society and working-class life. In college, I found myself uninterested in learning about “master architects,” who were primarily upper-class white men living in cities. A turning point came in 2017 when I was accepted to the University of Oslo-International Summer School to study Norwegian architecture and design. In contrast to the U.S., rural areas in Norway are integral to the national narrative and validate identities.

I fully immersed myself in studying the Vik house while I attended graduate school and, after three years, began recognizing that each element of the Vik house is entangled in both Norwegian and American culture. This exploration has led me to come to terms with the fact that I am not Norwegian, but rather, Norwegian American. Both pieces need to be understood to fully acknowledge the breadth of my cultural identity.

On my first trip to Norway in 2017, I was lucky enough to meet distant relatives who were kind enough to show me the countryside where my ancestors once farmed. As I prepare to head back to Norway for my Fulbright, I am compelled to observe the land and culture in a new way. My first trip was full of yearning to understand “Norwegianness” to convince myself that I resonate with every aspect of Norwegian culture. This time, I have the tools to investigate historical traditions that shaped my ancestors and identify elements that may have come across the ocean to the United States and shaped who we have become as Norwegian Americans.

I will start by conducting architectural research on the homes that my ancestors inhabited, using the Vik house as my main case study. I look forward to travelling to the small towns of my ancestors, investigating rural museums to find long-lost photographs, and scouring parish records for snippets of information that build a better understanding of who my ancestors were. I will utilize my training as an architectural designer and researcher to relay my findings in both a visual and literary format. By sharing these experiences, I hope to inspire others to connect back to their cultural roots and, at the same time, embrace the opportunity to create new identities as Norwegian Americans. 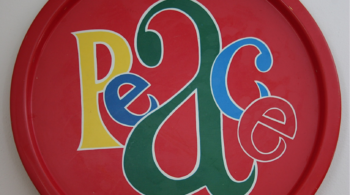 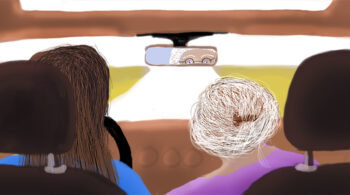 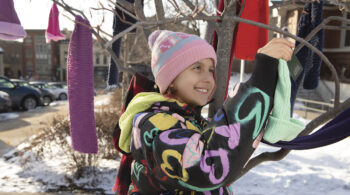