by Nicole Soley
1455
I decided that the print would be a self-portrait exploring my relationship with my identity as an American.

I began creating “American Bride” in January of 2021. This was a time when, embattled with the deadly impact of the Covid-19 pandemic and its life-altering implications, vaccines were first becoming available to the public. I chose to make a woodcut print to process how Covid-19 is compounding long-standing issues in America and the many ways members of my generation have been impacted by domestic crises since our birth.

The imagery was easily accessed in my memory bank: pine beetles that kill trees and exacerbate forest fires and the effects of climate change in the Rocky Mountains; the Twin Towers burning — an image that was seared into my brain as a second-grader; the AK-47 from the Sandy Hook shooting.

Carving the block was a refuge. I have always felt comforted by the sculptural process of drawing, redrawing, and carving a wooden surface. I found myself wholly invested with my tools every day for months. Perhaps the physicality was necessary for me to process simultaneous feelings of hope for the vaccine and discouragement related to the ongoing pandemic and resulting losses.

Initially, when exploring imagery for the woodcut print in my sketchbook, I had difficulty arranging and relating the images to one another, even though each motif seemed interconnected. The common subject surrounding the crisis imagery is me, so I decided that the print would be a self-portrait exploring my relationship with my identity as an American. I titled it “American Bride,” as I am engaged to my partner, but I feel like I am, instead, engaged to our broken, dysfunctional United States of America. 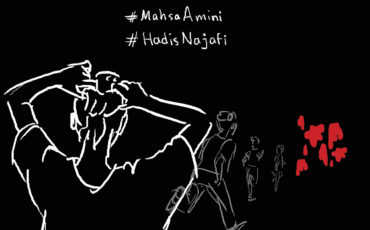 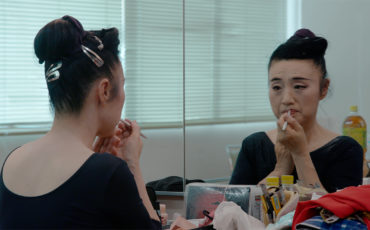 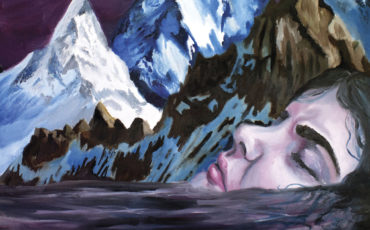 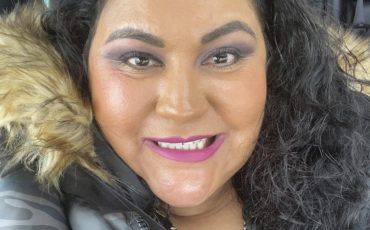