A Student-Designed School is Remaking Education

by Lydia Moran
1175
“We have so many people saying that what students are learning in school is not relevant, and young people are saying the same.”

School isn’t working. Teachers are experiencing burnout and leaving districts at unprecedented rates. The pandemic has exacerbated mental health crises for staff and students alike, and Minnesota students are still experiencing some of the worst racial opportunity gaps in the nation.

Aniya Bailey, a recent high school graduate, says that throughout her education, school has felt like an oppressive environment.

“It has proved to be a system that is corrupted, unjust, and not serving students well,” she says. “I have questioned, ‘Why is this system acting the way that it is? Why isn’t it helping me? Why don’t I like it here?’”

Three years ago, Bailey began to deepen that questioning as a student intern with the Twin Cities–based nonprofit Thrive Ed. Since 2019, Thrive Ed has partnered with school districts to facilitate workshops where students and teachers co-design their learning environment and engage in restorative circles to build community and address conflicts in the classroom.

Paid student interns work alongside Thrive Ed educators — called “engagement guides” — to design these workshops. They are modeled as antidotes to hierarchical student-teacher dynamics and the widespread “factory style of learning.” Thrive Ed educators and interns assert that these dynamics perpetuate systemic inequality.

Students are involved in the process of designing everything, including the school’s curriculum, the color of classroom walls, policies around eating and drinking during learning, and the length and structure of the school day.

The Lab School does not operate as a charter school. Instead, the nonprofit has partnered with Hopkins School District to offer high school students an alternative learning environment. Thrive Ed Executive Director Nicole Dimich, who lives in the Hopkins district, says existing as an entity in partnership with a public school gives the organization space to recreate the basic structure of school as most people know it.

“Young people bring a wealth of experience and knowledge to the table. If we work together to understand each other’s experience, and then connect what young people are saying and needing to [change how school operates], how does that change the depth of what students can learn?” Dimich says. “We have so many people saying that what students are learning in school is not relevant, and young people are saying the same.”

The fall 2022 cohort includes around 50 diverse 10th through 12th graders from Hopkins High School who will spend one class period a day at the Lab School. In the spring, participation will increase to half days. In fall 2023, students can choose to spend their entire school day with Thrive Ed.

Qorsho Hassan began working with Thrive Ed as an engagement guide in the summer of 2020 and describes the experience of collaborating with students as liberating. “We are equals [in] trying to reimagine education without having to limit ourselves,” she explains. “That was vastly different from [school] responses to Covid and the response to the racial reckoning.”

Hassan was honored as Minnesota Teacher of the Year in 2020. Last spring, she announced that she will be leaving the traditional classroom setting. Her resignation has sparked conversation about the burnout that teachers of color are experiencing in Minnesota and across the country.

“As a Black educator, I felt like I was continuously being asked to do more. The experience with Thrive Ed was allowing me to lead, teach, and organize in a way that felt very natural, very innate, because I was showing up as my authentic self and being valued and accepted for it — not just by my colleagues, but by the students I was serving.”

“We are trying to figure out the role a teacher would play as a guide and a champion, not just the sage on the stage,” Dimich says. “We are going to need that content knowledge that a teacher has, but they also have to be open to [partnering with students]. And there are tons of teachers and educators who are already doing that.”

Hassan and Bailey have been among the educators and students who spent last summer designing the classrooms where the Lab School will be held in the Eisenhower Community Center — a bus ride away from Hopkins High School. Physically separating the Lab School from a traditional high school setting was important. “We are really intentional about making the Lab School a separate entity,” Hassan says.

Bailey says the rooms will be circular and contain furniture that can be moved around easily. “[We are] manifesting anything we would hope for and dream of into a school building that is tailored to us,” she says.

At the Lab School, educators will use a set of core competencies to measure student progress. Curricular competencies are skills — such as critical thinking and collaboration — that are extracted from a lesson, like how to analyze patterns in mathematics. Dimich and the team will use state standards to inform curricular competencies to ensure graduation success, but the exact lessons students will be learning will be determined by the students themselves.

Engagement guides will sit down with students and explain the credits they need for graduation and devise a plan, which could include taking a combination of classes at Hopkins and the Lab School. Students will also have the opportunity to design “case studies” where they will engage with a community partner — such as a food shelf for learning about food disparities, distribution, and health.

“We don’t have to have kids memorizing and then recalling,” Dimich explains. “We are flipping it — using content to get [students to develop] critical thinking instead of using critical thinking and collaboration to get kids to [memorize] content.”

“When Aniya is giving me feedback, I would hope that she doesn’t feel heaviness in her chest, or reserved in what she has to say to me,” Hassan says. “At the end of the day, our feedback and our ideas should be seen as having the same weight.”

Are Student-Led Schools the Future?

Educators from around the country have expressed interest in replicating the Lab School. Dimich says that the school’s particular context and community is paramount, meaning the school cannot be replicated exactly. What can be recreated elsewhere is Thrive Ed’s process of centering student voices.

As the Lab School develops, Thrive Ed will continue as an umbrella organization designing and implementing workshops with students and educators over the summer. They are in the process of securing grants to be able to offer districts the workshops for free. Educators who lead those summer groups, even if they do not go on to work at the Lab School, will engage with young people as partners — an experience they can take back to their classrooms.

“My greatest wish is that schools everywhere stop being oppressive and centered in white supremacy,” Bailey says. “That is my greatest hope, and I struggle with knowing if that will ever change in my lifetime. Things can be done on a smaller scale, but how can that happen on a great scale? How can we not just jump through the hoops? How can we explore our curiosity?”

Shannon Gibney on telling your story and special education 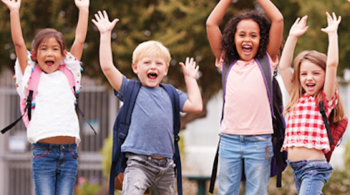 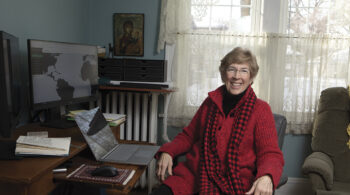