by Breanne Rothstein
3352
A common misconception about housing is that its primary purpose is to create homes for people. In reality, the primary purpose of housing development is to make money for investors.

As a child, I moved a lot and lived in many homes and cities. As a renter, my family did not choose our own destiny. We were forced to move several times due to the decision of the owner.

When I arrived as a college student at Augsburg University and the Cedar Riverside neighborhood,  I became fascinated with how policy and programmatic decisions so fundamentally affect people’s daily lives.

After more than a decade of working as a city planner with developers (all white males) to implement their visions (and help them make money), and after writing more than a dozen comprehensive plans, I decided to shift my focus to economic development and economic inclusion. Now I am the Economic Development and Housing Director for the wonderful and diverse city of Brooklyn Park. My job is to focus our policy and programs to benefit residents and small businesses, especially those who have not historically benefitted from economic development and housing initiatives in the past.

Minnesota has a significant housing shortage.

The Twin Cities metropolitan area, in particular, is experiencing one of the tightest housing markets in the country.

The simple fact is that we need to build more housing. Within that one solution, there are a myriad of other sub-solutions to decide.

The Minnesota Housing Finance Agency has estimated that the demand for housing in Minnesota is 40,000 units higher than the current supply. In 2018, for the first time in our state’s history, in-migration exceeded out-migration, meaning more people moved into Minnesota than left.

Sky-rocketing rents are a result of this lack of equilibrium. According to a state housing trend report in 2019, after controlling for inflation, renters’ costs had increased by 14 percent since 2000. During the same time period, renter incomes grew by only 1 percent. According to a Brookings Report with 2000 data, the median rent in Minneapolis-St. Paul was $565 per month. By 2019, the Minnesota Housing Partnership reports the median rent had grown to $977.

What Can We Do?

Consider new housing that is not part of an investment portfolio. A common misconception about housing is that its primary purpose is to create homes for people. In reality, the primary purpose of housing development is to make money for investors. Housing, especially rental housing, is a vehicle for wealthy people (largely white males), life insurance policy holders, and pension and mutual fund owners to invest their money in order to make more money. It is one of the best choices an investor can make because it usually has a high return on investment.

If we want to change this reality, we have to be willing to explore actions that remove housing from the commodity market. These actions would be to support nonprofit ownership, make conversions to co-ops or condos, and enable more public and land trust ownership.

Stop opposing housing projects. The single most effective thing readers can do is stop opposing housing projects. Also known as “NIMBY” (Not In My Backyard), people have historically come up with unrealistic (at best) and racist (at worst) reasons to oppose the construction of new housing units. A recent example is the opposition to Minneapolis attempts to change zoning to allow for additional housing unit construction in single-family neighborhoods. Instead of opposing projects and zoning changes in your neighborhood, be vocally supportive of all housing, and especially affordable rental housing, in your community.

Advocate for more state funding. The Low Income Housing Tax Credit Program, Affordable Housing Trust Funds, and other sources of direct state appropriations for the construction of affordable housing very much needs stronger funding. There is a long list of approved projects proposed by developers awaiting funding through Minnesota Housing. There are many projects awaiting a tax credit funding allocation in order to build affordable housing. Properly investing in these funding sources will significantly improve the supply of both market rate and affordable rental housing.

If the state of Minnesota is going to catch up with the demand for new housing to the tune of 40,000 more units, 1) a significant commitment from the state budget is needed, 2) new approaches to housing that are not investment-portfolio driven should be explored, and 3) strong support from community residents of all projects that add supply is critical.

Join efforts to complete all of these options by contacting your state legislators and speaking in support of proposed projects near you. 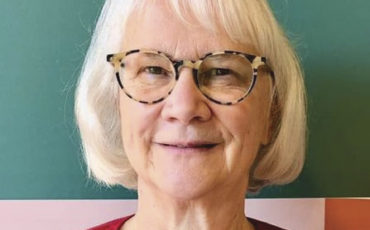 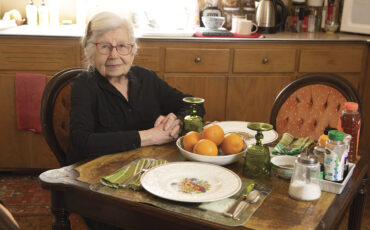