2195
We have the tools — raw materials, surveillance, science, communication — to do better. “It is about political will” to make this a priority, so we don’t forget, like we did the lessons of the 1918 pandemic.

The day-long World Health Day Symposium hosted by Global Minnesota on April 7 featured Dr. Margaret-Mary Wilson, a Nigerian-born daughter of a single mother who enrolled at medical school at age 16 and is now chief medical officer for UnitedHealthcare Global. She pointed out that we “cannot brick and mortar our way through healthcare.”

With public health central to every person’s life, she sees technology as vital to a virtual healthcare ecosystem that becomes uniquely customized for each person. Wilson indicated that there should no longer be “anywhere in the world relying on a healthcare model constrained by geographical boundaries. Diseases do not operate that way,” as the pandemic reminds us.

The urgency of COVID-19 has urged stakeholders into telemedicine at a faster rate — one positive step accelerated by both providers and consumers in the past year. “We are collectively creating increased connectedness by all providers involved in patient care in a dynamic way,” she says.

The greatest challenge, of course, remains access to broadband and other now basic needs. “How do people in vulnerable and remote locations access,” Wilson says. “Geography has always been a constraint.”

Next steps including eliminating barriers to technology worldwide. Some regions have prohibited tele-access, and now those limitations are being quickly re-evaluated.

Earlier in the symposium, Helen Clark, former prime minister of New Zealand and current chair of the Independent Panel for Pandemic Preparedness and Response for the World Health Organization, talked about the disease of inequality, and how there is a need, even before preparedness steps for the next pandemic, for: 1) a global social security net to help everyone put food on the table, 2) universal health coverage, including migrant and undocumented workers, and 3) a focused global response to health inequities due to social determinants.

As someone who was prime minister when the SARS pandemic hit Asia, New Zealand emerged from that regional crisis focused on whether they were ready for the next one. Ebola and Zika virus’s remained somewhat global, which is why it was easy for so many countries, like the U.S., to disregard warnings of the impact of a global pandemic with the thought that “it couldn’t happen to us.”

New Zealand had more success limiting the spread of the virus, and its impact on economy and healthcare systems, because they had updated legislation in 2005 with an epidemic preparedness act.

Just as there has been increased attention to the global impact of climate change, Clark believes the pandemic will finally elevate the issue of global public health emergencies to the level required. When China was impacted by SARS in 2003, she indicated, it was not as global as it is now. “Today a pathogen like this virus is on a plane within hours,” she says. “We have to respond faster and never ignore a threat as if it won’t apply to you.”

South Korea was a country whose advanced pharmaceutical industry realized it need to have an equitable approach to vaccine rollout. It is not helpful, Clark said, for a country’s residents to be vaccinated in a few months when other countries might not be protected until 2023.

“If we don’t stop transmission everywhere, we are going to see more and more variants,” she says. “Control becomes more challenging.”

In some countries there is a tendency to say “we will have the vaccine and be fine,” but we are looking at a need for global vaccine rollouts every year if we don’t become better at arresting transmission and stamping out a virus with universal vigilance. “It is a big hill to climb at the moment.”

We have made great strides in past challenges, such as eradicating polio, said Global Minnesota host Mark Ritchie. New U.S. Secretary of the Treasury Janet Yellen is calling for a minimum corporate tax, partly so that tax havens and manipulations don’t continue to drain our global economies of the financial infrastructure we need to strengthen resilience. Ritchie asked Clark, are we perhaps finally moving toward a greater understanding at the top levels — finance ministers and leaders of state —  that we are not safe and prosperous until we are all resilient?

Clark says she understands that budget constraints tend to make people think in short term about future threats, but the pandemic has now gotten the attention of leaders. The estimated economic loss globally from 2020-21 is $10 trillion, she says, and the recovery extending to 2025 will lead to a loss of $22 trillion, according to the International Monetary Fund.

If we can elevate discussions of global preparedness and response, to not merely regulatory reactions but at the level of action by heads of state, “then we are on a roll. If not now, then when? Never before has a pandemic threat commanded the attention of state leaders like this,” Clark says.

To lift these conversations to the top levels of governments “is where it needs to be. Zoonotic diseases will keep coming at us. [Next time the World Health Organization] says to jump, we jump. We don’t mess around and watch.”

Clark says she is confident that we can review and overhaul pandemic response based on this past year of global focus and attention. We have the tools — raw materials, surveillance, science, communication — to do better. “It is about political will.” Clark says it is up to the public to not only take personal responsibility, but to generate the political will to make this a priority, so we don’t forget, like we did the lessons of the 1918 pandemic.

In another conversation, Michael Osterholm, director of the Center for Infectious Disease Research and Policy at the University of Minnesota, says he has been involved in a lot of tough times — including the earliest years of the HIV crisis — but has never seen reaction to public health policy as divisive as it is now. He daily gets death threats from those who believe the pandemic is a hoax. “This [rancor and political ill will] has added a whole new dimension to deal with global problems,” he says.

On the other hand, as someone associated with the University of Minnesota for 46 years, Osterholm says, he could not be in a better place in the world for development of a collaborative approach to public health. He cited Dr. Susan Wolf, chair of the Consortium on Law and Values in Health, Environment & the Life Sciences, as one local innovator who is bringing together voices around the critical interface between issues of politics and science.

Interesting Related Conversations We Learned About

Michelle Williams, Harvard epidemiologist, podcast on why politicians should focus on public health 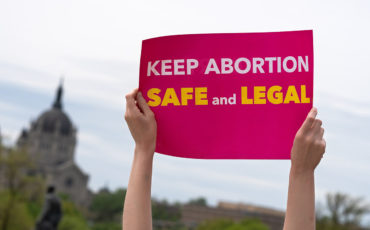