A Conversation With Dr. Julie Amaon of Just the Pill

by Lydia Moran
999
We want our patients to know that we are trusting them to know their bodies.

Editor’s note: On January 12, 2021, the U.S. Supreme Court ruled against mailing medication abortion pill. Our interview with Just the Pill, weeks prior to this decision, follows.

You have decided to terminate an unplanned pregnancy. You realize the nearest clinic has stopped providing abortions because of a lack of trained physicians in your rural area. The next nearest clinic is a three-hour drive away, and you juggle work and caring for children. Maybe it is winter, and dangerous conditions will increase travel time. Or perhaps you risk exposure to a pandemic while accessing needed reproductive care.

In July 2020, the American Civil Liberties Union used these barriers to reproductive healthcare as motivation for filing a lawsuit against the U.S. Food and Drug Administration (FDA) to remove restrictions placed on mifepristone, a medication taken to end a pregnancy.

When the abortion pill came on the market in 2000, the FDA placed a risk evaluation mitigation strategy (REMS) that requires the drug to be taken in a physician’s presence. When mail orders of the abortion pill were legal, states like Minnesota — that do not require an ultrasound before pregnancy is terminated and do allow telemedicine for abortion care — could access a no-touch protocol for medication abortion and contraception.

Minnesota Women’s Press spoke with Dr. Julie Amaon, medical director of Just the Pill, about her work to create a pay-as-you-can model offering reproductive care via phone and online appointments, as well as medications delivered to homes. 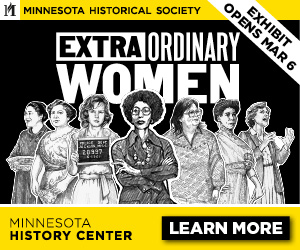 Q: Tell us about your background in medicine and what led you to pursue reproductive care.

I came to medicine a little late in life, but my foray into reproductive health started early. I am from Austin, Texas, originally and did a variety of things after college, [including] opening a women’s wellness center and working as a personal trainer. Eventually I worked as a reproductive health specialist at Planned Parenthood for a year. That was around the time the Texas legislature took family planning money away from Planned Parenthood and gave it to crisis pregnancy centers.

Later I ran the North Austin Planned Parenthood and was the clinic manager for four years. I went back to medical school at 35, knowing that I wanted to provide abortion care.

I graduated in the middle of a pandemic and got hooked up with our executive director from Just the Pill. I jumped on in July and we started seeing patients in October.

Q: What services [before the SCOTUS ruling] were you able to provide?

Q: What is the state of abortion providers in Minnesota?

Minnesota only has five abortion providers, three of which are in the Twin Cities, one is in Duluth, and one is in Rochester. There is a Planned Parenthood in Moorhead, but they had to [cease] their abortion services because they couldn’t get providers to fly out there. The only clinic in South Dakota was shut down for a while and is now only open once a month. On the western side of the state, there was practically no access. [With mail orders, women in rural areas] under ten weeks of pregnancy can get the healthcare they need in their home.

There are 97 crisis pregnancy centers in the state, which is crazy compared to five abortion providers. They are basically unlicensed medical offices. They do not have to have a medical director, they do not have to have a doctor on site. They sometimes place themselves next to abortion providers and advertise themselves as somewhere to talk about your options, except they try to convince you to continue the pregnancy. They are misinforming women.

Q: What has the stigma been around reproductive care?

The Hyde Amendment that was passed in 1976 took away federal funding for abortions. That is when hospitals and other general clinics stopped providing abortion care. So, abortion care has been forced into particular clinics, like the Planned Parenthoods and other independent providers. It is something that could be taught in medical school and residency for multiple specialties — it does not have to be just OB-GYN. But because of the REMS [criteria], primary care clinics can’t call medication abortion pills into a pharmacy like other drugs; they have to store it on site, they have to have an agreement with the manufacturer, and they have to have the patient sign an agreement.

I think because of the stigma around it, a lot of doctors are not comfortable going to their clinic organization [and saying] “I want to offer this.” A landlord could find out; clinics have lost their rentals. Some doctors have been let go because of that. Because of the stigma, even in the medical community, abortion care doesn’t happen very often in primary care, which is unfortunate.

You build a relationship with your primary care physician, but they have to send you to someone you don’t know [for an abortion], at a clinic you’re not familiar with, and you may have to go through protestors. I am always surprised by people in the medical field who understand the science behind it and still don’t want to offer this service for people.

Q: In the 1990s, Minnesota Women’s Press reported on abortion rights. One pro-choice woman was quoted saying taking care of one’s reproductive needs was once common knowledge, and now there is separation between people and their bodies. What are your thoughts on that?

A movie we watched at one of my reproductive health access meetings was called “Belly of the Beast,” about forced sterilization in California prisons, most recently in 2013. We were discussing in the meeting how the medical community in general has controlled women’s fertility. It is outrageous.

Q: Your website mentions compassion and respect. Can you talk about why you place emphasis on that approach?

Since we are doing this no-touch mode, we want our patients to know that we are trusting them to know their bodies. We are coming to them without judgement, and with compassion and understanding that patients know what is best for them, and we are just helping them get what they need.

There are other telehealth-only models, and some brick- and-mortar clinics are offering [mail orders] as well. Nationwide, I have heard us called disruptors, because we are disrupting the traditional flow of how abortion care happens. Just because abortion is legal and Roe v Wade has not been overturned does not mean that access is [happening]. I think this is the wave of the future.

Q: In the wake of the Supreme Court ruling, how has your work pivoted?

I had to call patients [who had been prescribed the medication] and give them the option of a refund, to use a less effective medication regimen, or wait until our mobile clinic can get up and running and deliver their meds. We are raising funds to immediately begin operating a mobile clinic to ensure that our patients have continuity of care. We anticipate resuming telehealth visits and operating the mobile clinic in rural areas to satisfy the in-person requirement that the Supreme Court implemented in January 2021.

Just the Pill’s mobile clinic is now up and running. With the use of a van, the organization is beginning deliveries of medical abortions, emergency contraceptives, and birth control directly to patients across the state of Minnesota. 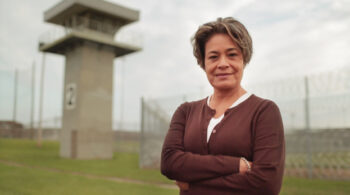 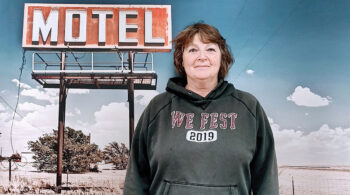 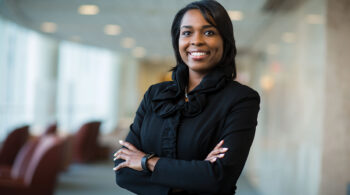 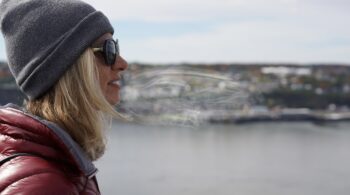