456
Suicide, or death by intentional self-harm, has been steadily rising in Minnesota for the past 20 years.

In July the federal government launched a nationwide 988 dialing code for 24/7 suicide prevention and crisis support. Since the number was implemented, calls to Minnesota’s four hubs of trained counselor for suicide support and resources increased 44 percent, according to the Minnesota Department of Health.

Suicide, or death by intentional self-harm, has been steadily rising in Minnesota for the past 20 years. 2021 was the seventh straight year in which more than 700 Minnesotans died by suicide. Each year, Minnesota health care providers treat more than 10,000 self-harm or suicidal injuries . 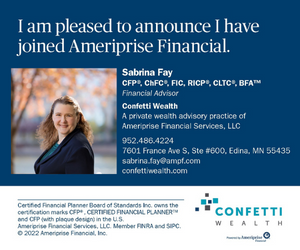 The Rand Corporation released a research review (also cited in the Reformer) stating that the policies most likely to decrease gun violence nationally include child-access prevention laws, waiting periods, prohibitions based on domestic violence charges, and background checks.

“We know the last few years have been incredibly challenging mentally, emotionally and physically for many Minnesotans,” Minnesota Commissioner of Health Jan Malcom said in a statement. “Please … check in with the people in your life, and consider reminding them that the 988 Suicide and Crisis Lifeline is available for anyone in need of crisis or mental health support.”

From the Minnesota Department of Health:

Promote 988 and other crisis services. Bring suicide prevention training to your school, faith community, workplace, or other community. Share suicide prevention messages and resources through social media using the Suicide Prevention Awareness Month messaging toolkit. Promote other programs within the community that encourage positive healthy activities and places for connection.

The 988 Suicide and Crisis Lifeline is one among several ongoing MDH initiatives to prevent suicides, including mental health training for school staff and the Zero Suicide Initiative. Minnesota started providing the Kognito At-Risk mental health training for school staff at no cost in May 2020. In addition, Kognito’s Friend2Friend is a student curriculum for grades 6-12 that teaches about emotional and mental wellness, and how to support classmates that may be struggling. To date, 757 students in eight school districts have completed Kognito Friend2Friend.

Another initiative is Zero Suicide, which is a framework to improve the suicide and self-harm care within health care and behavioral health clinics and organizations. This initiative helps identify people with thoughts of suicide and connects them to resources and treatment. It also focuses on ensuring clinicians and staff receive adequate training as it relates to suicide prevention and intervention. In Minnesota, 36 health and behavioral health care systems have committed to adopting the Zero Suicide framework and have completed the initial Zero Suicide training.

UPDATE September 30: A new piece of good news around this need is that philanthropist MacKenzie Scott gave a $30 million gift to the National Alliance on Mental Illness (NAMI), the largest grassroots mental health organization in the nation.

NAMI will set aside $5 million of the gift for its grassroots affiliates, such as the one in Minnesota, to support the communities they serve. As NAMI notes, in 2020, one in five U.S. adults experienced a mental illness. More than half of U.S. adults with a mental illness did not receive treatment. Suicide was the second leading cause of death among youth aged 10–14. 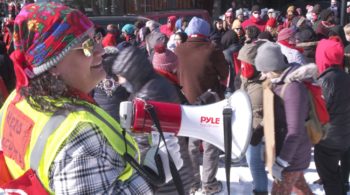