by Mikki Morrissette (as told to)
407
All women today — unlike 30 years ago — will say they know how to do money. But one-third at best are doing it. We need to take a leap to do something — not perfect, not monumental, but a start. We need to keep asking ourselves, what can we do today to get what we need?

In 2002, Minnesota Women’s Press featured a story with Ruth Hayden about how women can build economic power.Since then, she has seen women’s awareness about money grow. Women are now less expectant of having our futures taken care of by marriage, Social Security, or the universe. However, our earnings have not improved much. In addition to ongoing pay inequities and undervaluation, procrastination around financial fears and self-worth issues continue to limit women’s economic power. We talked with Hayden about why this is, and what might be done about it.

Q: After decades of work, what have you seen change and not change about women’s financial habits?

We know more than ever before. Yet, our behavior has  not changed significantly over the last few decades. There are complex reasons for this, internally and externally. Simplistically, women assume if they are not earning enough, it is our fault. That has been our socialization. Women do shame, men do blame. We tell ourselves there is something wrong with us.

The Girl Scouts a few years ago found that no one wanted to be the leader because girls were afraid they would not have friends if they were bossy. As adults we are afraid of seeming bitchy. Among men, bossiness is called leadership.

We can both do good and earn a good living. We can both take care of ourselves financially, and take care of our children and our parents. We tend not to have that “and” model in society. Our perception is that it is either/or. That we have to choose between being a good mother, friend, and daughter, or be successful with money.

As children we are taught to get approval. Think about when we are told we are “a good little girl.” It’s not for being strong, or saying “no, that’s mine.” It is about sharing, being quiet, loving. That is where it starts.

Our part in the long struggle for pay equity is that we think being nice will get us a pay raise. We settle for being a good girl, waiting for approval, being told that “we couldn’t do it without you” rather than getting that pay.

Q: How do we build a sustainable model?

It is in focusing on the how, not the if. We need to tell ourselves, “how can I hold myself to financial success without letting it consume my life?” We need to brainstorm how to earn what we need. We need to listen to our fears and deal with them.

I raised four kids, and ended up on my back with Graves disease trying to do everything. I had run my  health into  the ground trying to juggle teaching work and family, trying to be superwoman. I realized in order to do both, I had to drop some roles. One day I overheard my young daughter exclaim to a friend, “Do mommies cook breakfast?” I took that opportunity to  tell her,  “Some do,  and some just make healthy cereals available for you to choose from.”

We are afraid of being seen as selfish — of that disapproval. It was not until I read, in the early 1980s, Barbara Sher’s book, “Wishcraft: How to Get What You Really Want,” that I changed my  core behaviors. Women get exhausted in that second shift. The first shift is where we get paid, the second is what we take care of in the house. We need to control what we can and retrain the people around us — who won’t say thank you for it.

We also have to stop putting finances off until tomorrow because we are afraid of making a mistake. We ask a man in our life to give us investment advice. We say “after the raise” or “hopefully this summer.” Our job is to understand what is behind our procrastination.

Q: What are some of women’s myths around money?

That men are better investors. In reality, men tend to go for the home run — and that is how Wall Street crashes. Women are great at the little steps involved in building relationships, and investing is the same way. Once we start, we do not sell out in order to buy a car. We stay steady. Yet, we tend to be scared of the stock market and invest much less than men.

In the workplace, we face inequity in pay, the glass ceiling, gender bias, seeing men get promoted over us. Even when women successfully launch their own business, we tend to take that bias with us — that glass ceiling is still over our head. We charge less than men do even in our own companies. We need to look at our belief system about our worth. We are afraid that if we charge too much, that client will go away — we won’t get their approval. Instead, we need to figure out how to convince them that we are worth it. When we charge little, our lives are little.

Women flatline in middle management. The idea is that men manage the money and decision-making power, and we expect women to manage people, just like we do at home.

When two of my kids worked at UPS, there was a strike. All   middle managers were fired because they “did not do their job” in keeping people in line.

The same thing can happen with women entrepreneurs. We work as middle managers, not as bosses. We reject the model of the boss as having power over others, instead of defining the boss as the person trying to set up what we need to do, how, where the money is coming from — holding that structure. We think management is that model of “power  over” instead of “power with.” Can we retrain so that women can be respected as powerful?

Q: So where do women start?

There are four facets to life: emotional, physical, spiritual, and financial. All must be in balance. Women have to stop ignoring the financial aspect. We have to put as much energy into that as we do about the other three. We have nurturing and creative abilities and need to train that toward building up our income as another core value.

First, consider what you need to retire with — how to take care of your 80-year-old self — and work backwards from that. Women are strong willed. If we want to find money to put away, we will figure out how to do it.

When I was growing up, there were men making women feel powerless. I vowed I was never going to be stuck with someone hollering at me. Many women are poor and feel trapped in unhealthy relationships. We need to be teachers and allies. We need to model for each other: if I can do it, you can do it.

We need to ask for raises by pointing out our value on paper, writing down what we accomplish, and being our own lobbyist. “Look at what I do, the value I add,” in bullet points. Compare salaries with online information. See it as simply a matter of telling someone what they need to know in order to see your worth — and getting out if they don’t.

And practice saying no. The way to get what we need is by focusing on what we do, and saying no to the rest.

For more than 30 years, Ruth Hayden (she/her) has taught classes that challenge women to take charge of their lives. She is author of several books, including “How To Turn Your Money Life Around” and “For Richer, Not Poorer: The Money Book for Couples.” 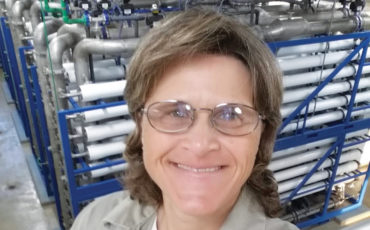 Growing up on a farm helped me to understand that, more than a daughter or a granddaughter, I was a 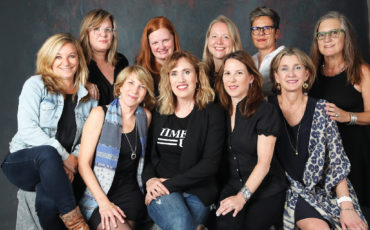 Cinema has always called me, but it took many years for me to listen. My grandpa had a Polaroid and 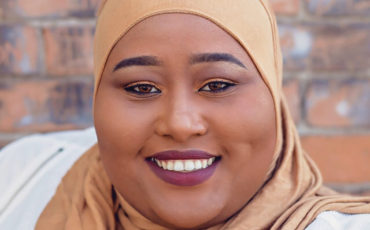 The Power of Conversation

Members of our Somali community dislike impersonal communication. We are very communal people. Oral communication is how we share thoughts and ideas.