The Struggle to Build a Family

For couples who are marginalized in society, starting a family through the adoption system can be difficult.

When Nancy Lyons and her spouse Laura decided to fulfill their dream of raising a child, the process of building a family ended up taking nine years, involving both heartbreak and frustration.

“I don’t think we will ever know how much of our struggle or process was delayed because we are gay,” says Lyons, CEO of digital designer Clockwork.

The couple decided to pursue adoption with a prominent local agency that was said to be friendly to the LGBTQ+ community. The couple met with an adoption coordinator there, however, who stonily stated, “I am not going to collude with you to help you find a baby.”

The couple found a local agency that specialized in international adoption. They faced additional barriers. Korea deemed Lyons “too fat” to adopt. Other countries considered them “too old.”

Lyons and her partner persevered and completed a home study around 2000, intending to adopt internationally. For almost two years they were on a waiting list, until they received a referral for a baby boy in Kazakhstan. They accepted the referral, received photos and information, had a baby shower, and waited eight months for an invitation to travel overseas to proceed with the adoption — only to find out that the baby had disappeared from the system. Several months later, another referral from Kazakhstan came through, and the same thing happened.

The couple then submitted their materials to Adoption Link in Chicago, which specialized in transracial adoption at the time. The couple was on a waitlist for another 18 months. Their resolve was wearing thin. “We felt like we were in limbo,” Lyons says.

At one point they contemplated giving up on their dream. They thought they “probably weren’t meant to be parents,” and could instead find other ways to fill their lives.

In April 2006, an adoption coordinator called out of the blue with news of a Texas woman expecting a baby in August. The mother-to-be was interested in same-gender potential adoptive parents because her sister’s best friends were two gay men who had difficulty adopting.

An interview with the mother went well, despite Lyons making “a dumb joke” during the conversation. Only ten minutes later, they got the call. They had been chosen because the mother sensed there would be “a lot of laughter” in their home.

The mother went into labor early. They arrived in Texas that July, 24 hours after the baby was born. The hospital kicked Lyons and her partner out because they were not considered family. During the 10-day stay, while their official placement paperwork processed, Lyons felt afraid of losing another opportunity to build a family.

Mothers placing children for adoption typically have a period of time after consenting to an adoption where they may change their mind and decide to parent. The rights of both parents must be terminated before the potential adoptive parents may proceed with legally adopting the child.

Eventually, however, they were allowed to take their son home to Minnesota.

The experience made Lyons decide she needed to take action to change how the world responds to LGBTQ+ family building. She was appointed to the board of Rainbow Families. After it merged with the national organization Family Equality Council, she served on the board for nine years.

Lyons shares her adoption story in the hope that it will inspire others to persevere. “We went through hell to get to our son, but knowing him, there’s no doubt in my mind that he’s the person we were supposed to be with,” she says. “All of it was worth it, ‘cause he’s our boy.”

Details: Family Equality Council provides resources and helps people understand the adoption process, find inclusive advocates and adoption agencies, and navigate the system when they experience discrimination. It hosts the largest LGBTQ family gathering in the world in Provincetown, Massachusetts. 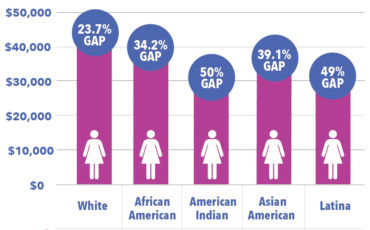 The 2019 Status of Older Women in Minnesota report examines the economic well-being, health, and safety of women ages 55 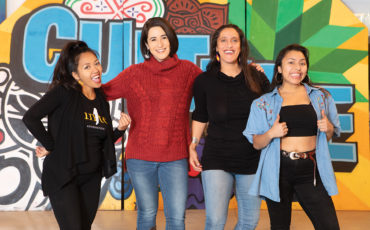 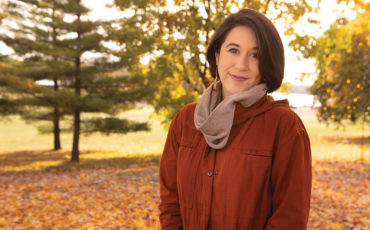 Putting the Healthy Into Sexuality

Montoya-Barthelemy is passionate about helping communities find a holistic approach to sexual and reproductive health. As she puts it, “Sexual health is life force.”