Last summer, our Girl Scout troop went on a three-day trip to the Boundary Waters Canoe Area Wilderness. None of us had ever been there before, but all of us had been camping. We assumed it would be like past experiences. We were worried about the long canoe ride and the bugs, but excited to hang out with friends for three days.

We slept the first night at the Girl Scout base  camp, where we  met  our guide, Bailey. She was the best. Bailey was a nurse-in-training, had lifeguard experience, and was great at cooking over a fire. She taught us the rules of the Boundary Waters, good camping strategies, and staying safe in the wilderness.

We had to prepare well for the trip. Everything we brought had to be carried on our backs and fit in the canoes. We did not want to bring anything unnecessary, but also did not want to have too little. Any garbage we created needed to be brought back in the packs, so that we could preserve the wilderness. After checking our gear to make sure it all fit in packs, and learning how to carry them, we started on our adventure.

There are three places to sit in a canoe. You can sit at the bow. If you paddle at the bow that means you are the motor of the canoe. If you sit at the stern, you are steering. If you sit in the middle, you get to relax. You are the princess.

The water was bigger than what we had experienced before. There were no motorboats. It was peaceful and calm. We saw snapping turtles, and an otter, and lots of trees.

We paddled for what seemed like forever, but it was really only five hours before getting to our campsite. Although it was rocky and on the side of a hill, the site had a pretty view of the lake and lots of shade. We set up our tents and went swimming.

Bailey told us we had to swim in life jackets and boots so our feet did not get cut on any sharp objects in the water. We thought she was crazy at first, but it ended up being really fun. We highly recommend it. When you swim in a life jacket, it pulls your body up. The boots also float, so it is like being in a lounge chair. We played a lot of games, many that Bailey told us about. Then we started to notice the crayfish.

There were two types of crayfish: a rust-colored one and a blue one. The red crayfish were an invasive species. Bailey suggested we collect those to eat with dinner. Any blue crayfish that we caught were set free. We named one of them Alexander McBobbikins, who held a special place in Evelyn’s heart. We were all sad to watch him go.

As for the rust-colored crayfish,  we fried them up in a pan with some olive oil. One member of our troop, Ming, and the adults ate the crayfish. Ming said they were delicious. The three of us did not have any, because we kept thinking about Alexander McBobbikins. Still, it was interesting to see something we caught get cooked and eaten, and we were glad to help diminish the invasive population.

There were a lot of other foods that we enjoyed in the Boundary Waters. We had the fluffiest pancakes, burritos made with huge tortillas, pizza with a ton of cheese, pan-made brownies, and s’mores with chocolate frosting. Everything tastes better when you make it yourself in the woods over a fire.

Bailey was smart. She knew how to flip the canoe over and use it as a table for prepping food. She tied a tool belt around a tree, which held the utensils for our meals.

At night we played games like Werewolf, Murder in the Dark, and Mafia. Since we were camping, those games were kind of creepy, which also made them more fun. When it rained, it was nice to listen to the water hit the tarp above us.

At night in the tents, we laughed too much to be scared, and slept peacefully. We did have to deal with some very sharp rocks, though. Evelyn’s mattress popped.

One night we were wakened to look at the stars. They were very pretty. We had never seen that many stars before.

For us, it generally seems like life skills are about how to use a computer. After our trip into the Boundary Waters, we have new abilities. We paddled about 13 hours over the course of the trip. We know about protecting food from bears, proper canoe techniques, putting up a tarp before it rains, safely cooking over an open fire, and new ways to swim.

Spending time with one another, and sharing these unique memories, makes us feel closer as troop members. After we got home, we were grateful for our beds, our toilets, and our houses. At the same time, we felt very accomplished.

The Boundary Waters has tough challenges, but we will always be grateful for the skills that we learned.

Eve (she/her), Evelyn (she/her), and Ava (she/ her) are 7th graders at Yinghua Academy in Northeast Minneapolis. 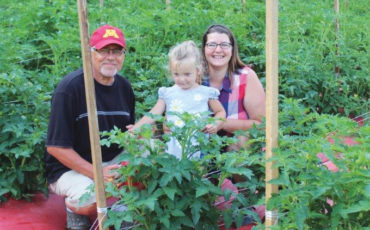 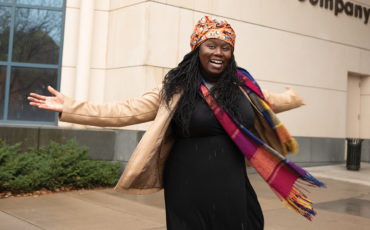 Joy Dolo’s mission is to create opportunities for diverse performers to share their stories and transform narratives. It drives her 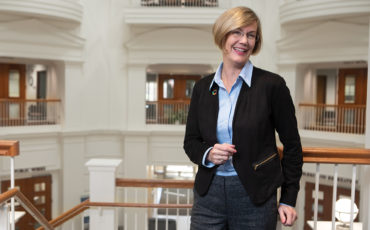