How Are Minnesota Students Faring?

Every three years, the Minnesota Departments of Education, Health, Human Services, and Public Safety collaborate with all types of school districts to survey students in 5th, 8th, 9th, and 11th grades. The voluntary and anonymous survey includes questions about school social climate and bullying, extracurricular activities, eating habits, emotional health, substance use, and family life. State agencies use these findings to identify trends and determine  how to best improve the well-being of Minnesota youth.

In 2019, 81 percent of Minnesota’s school districts participated in the Minnesota Student Survey (MSS). According to the Minnesota Department of Education, the MSS is the primary source of comprehensive data on youth at the state, county, and local levels in Minnesota. It is the only consistent source of statewide data on the health and well-being of youth from smaller population groups.

“Two of the more concerning pieces of data that came out of the [2019] MSS were around youth vaping and mental health. Based on the questions we asked, it is clear that students do not know that vaping is harmful to them,” says Minnesota Education Commissioner Mary Cathryn Ricker. “The data shows that more Minnesota students than ever reported having long-term mental health, behavioral, or emotional problems. We can all do more to promote mental health and talk to the students in our lives about how they are doing emotionally and offer support.”

“Girls deserve to grow up seeing the boundless possibilities that lie before them. That so many are instead buried in stress and anxiety is unacceptable,” says Minnesota Human Services Commissioner Jodi Harpstead. “This survey shows that we need to continue to support efforts to bring mental health services to students at school.”

“You can make a difference by taking the time to cultivate meaningful relationships with students,” adds Commissioner Ricker. “We must work to end the stigma that still exists around mental health. Mental health is as important as physical health.”

According to the Minnesota Student Survey, 24 percent of 11th grade females reported missing a full or partial day of school in the previous 30 days because they felt sad, hopeless, anxious, stressed, or angry. 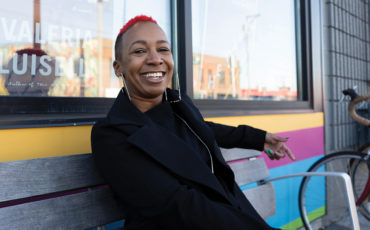 Since her childhood in Chicago, Antoinette Smith has been an innovator equipped to face challenge. She is the only girl 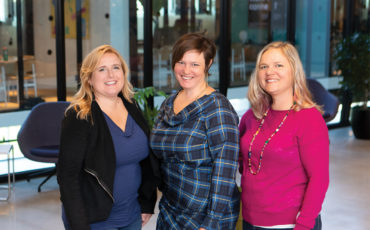 When Dr. Helzi Noponen was a visiting professor at the Humphrey School of Public Affairs from 2005 to 2008, she 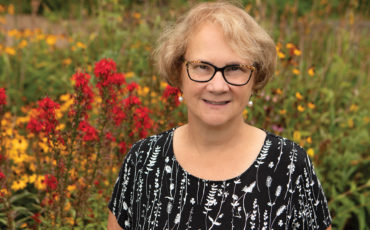 Tear Down the Walls

The Community as Our School As a former member of the Minneapolis School Board and former executive director of AchieveMpls,