Nearly 150 women gathered on December 5, 2019, in celebration of five special honorees who were recognized by Minnesota Women’s Press for their ongoing commitment to issues that strongly impact people, community, and the environment.

Winona LaDuke said she is rematriating society in order to help us recover our origins. To do that we need to remind ourselves of rules that we tell our children and grandchildren: Do not steal property or people. Clean up your old mess before making a new one. Treat each other with respect through restorative justice and reconciliation healing. Stop putting toxic chemicals in our food, water, earth, and bodies. LaDuke urged us to stand against more oil pipelines, but to use resources to bring clean water to all, especially in places like Flint, Michigan.

Talks by the Honorees

Thanks to Deacon Warner and Isaysha McCaleb for filming the event. Thanks to Sophia Morrissette for editing the footage.

Anika first appeared in our magazine in April 2018, when she wrote about restorative justice. She has spoken at the Women’s March, as reprinted in our March Feminisms issue. She ran for St. Paul City Council, in a very competitive district, that I am sure got her feet wet for what will be a long career in public policy and politics. We look forward to showcasing her voice in the future. Currently she is Vice President, Minneapolis NAACP, and Lead Coordinator, MN Restore the Vote Coalition.

We have featured several Green Card Voice storytellers in our magazine (Zaynab Abdi, Veronica Quillien, Regina Santiago, Marcia Malzahn)— immigrants and refugees who talk about who they are, and what drives them. People who take us beyond merely statistics and a one-dimensional perspective that the totality of their story is how they got to the United States. Tea and her team have done incredible work, through books, a Story Stitch game, special exhibits and events, and now a podcast – to connect people with each other as human beings. We are very honored to recognize tonight Tea Rozman Clark for her work as founder of Green Card Voices.

What is especially powerful about Sarah Super is her ability to envision and articulate, with great strength, what we are not seeing. For example, she could see how much we need to stop protecting perpetrators of sexual violence. She conducted sessions to collectively raise up the voices of survivors. Sarah and her network raised the funds to create the Break the Silence memorial — the first to honor sexual assault survivors — which broke ground a few months ago along the Mississippi River. Together with Asma Mohammed, she has sat many times in conversation with legislators to try to change our laws around sexual violence in this state.

Asma Mohammed has also been tireless in shifting our perspectives around sexual violence. We have made improvements in the last 35 years in how we treat victims, but there is still tremendous work to be done. Together with Sarah Super, Asma is part of that effort. She is a strong voice as well for the need for people of color to raise their voices at the legislative level. With Nausheena Hussein and the team at Reviving Sisterhood, she has been instrumental in helping Muslim women in particular recognize their rights as citizens, and how to be engaged in civic action.

Winona LaDuke of Honor the Earth has been one of the few people in our pages who has been celebrated as a Changemaker more than once. She was a 1994 Newsmaker – as it was called at the time, after Time magazine named her and 14 other women, and 35 men, among the country’s new generation of leaders.

She was featured in Minnesota Women’s Press in 2000, when she was the vice presidential candidate for a second time on the Green Party ticket. She told our reporter that there is not a divide between politicians and common people. “You’ve got to eliminate that mystique. Look at me: a woman who is a mother and a person of color who lives in a rural area. Those are four things that aren’t supposed to be in politics, and I disagree with that.”

She is a Harvard-educated economist who wrote a powerful essay in our pages in June 2019 about being a doula to the next economy. In 2000 she said we need to built a multi-party system, with the long view in mind, similar to the work she did as architect of the Seventh Generation Amendment — based on the Iroquois Confederation’s adherence to making decisions based on how they impact seven generations into the future. She attended the Beijing Conference in 1995, when women from all over the world pointed out why women needed to “get control of your country.” She said we are seen as a rogue nation with immense potential that is being totally squandered.

We celebrate Winona LaDuke as our first-ever Lifetime Achievement Award winner. She recognizes that what we do today is the seed for tomorrow – and that we need a very different economy to make things grow — which is a vision much too important to set aside. She continues to dedicate her life to it. 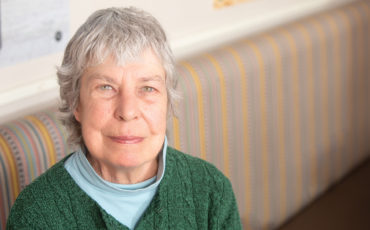 Communism promised an equitable society with workers enjoying the fruits of their labors. Everyone would have housing, health care, education. There would be no discrimination against women, or religious minorities, or people of different ethnic backgrounds. 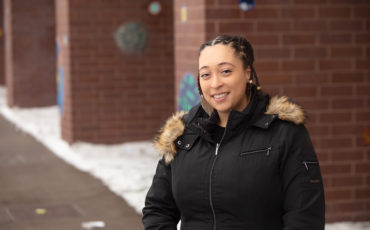 What I want our communities to talk about: how generational trauma affects our financial wellbeing. We can learn and unlearn traumatic events that might be affecting us today, unconsciously sabotaging our own wellbeing.

The Economic Impact of Immigration