Growing up in the 1960s and 1970s, in what was then the small town of Prior Lake, I connected with others through lazy summer days of playing tag, learning how to bake lemon meringue pie with a neighborhood mom, jumping in the lake with friends, getting book recommendations every Saturday from the librarian, and being part of a class of 30 at a Catholic elementary school.

We had dogs, cats, ducks, and sometimes rabbits. My brother and I would catch frogs in the nearby pond, and stroll the creek that showed up behind the house after every snow melt. There were wooded walks at the nearby Franciscan Retreat House, and four-wheeling opportunities in the most rural areas. I bought a Kawasaki 100 motorcycle with my babysitting money so I could join friends on dirt trails.

When I was in middle school, my mother went back to college. Her humanities professor at the University of Minnesota was a Holocaust survivor. We were doing a class research project on the Holocaust, and she arranged for him to become the first person I ever interviewed.

The conversation was a profound experience for me. It awakened me to all the stories people had to share, if only I asked questions.

By the time I moved on to college, I was eager to find and absorb those stories.

Since then I’ve written a book about choosing single motherhood that featured hundreds of conversations with women, children, development experts, fertility doctors, and sperm bank directors. I’ve taken notes as young people interviewed 12 people about the life of Paul and Sheila Wellstone, for an 85-page book called “Be the Change.” My storytelling interviewees have included incredibly bright teenage science fair participants, U.S. women’s soccer star Mia Hamm, a 100-year-old man who lost his home due to gentrification, quantum physicists, green architects, sex trafficking and assault survivors, feminist authors, and a few people who literally drilled holes in their heads to achieve enlightenment.

What all of this has afforded me is a glorious career learning from people who have widely different experiences and perspectives than my own.

It is that kind of exposure to varied storytellers that I love about Minnesota Women’s Press.

For this issue, the general call went out in these pages, in our e-newsletter, and on our Facebook page for any Minnesota women who do not live in the Twin Cities metro area to submit their stories for the month’s theme.

This Greater Minnesota theme is partly about recognizing that the ‘urban/rural divide’ is not a line in the sand. Lovers of nature, activists, community builders, and those who invest time in developing skills are everywhere. We all seek healthy connections with others based on shared values, while also figuring out how to disagree and still interact day after day.

Let’s not be strangers to each other. 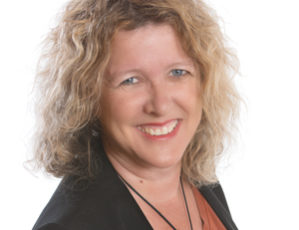 For the Love of Money

We are launching a series of statewide conversation circles about women and money. Offer your input at: tinyurl.com/MWPMoneyForums

This month’s topic: How are society’s tastes changing? We all wore uniforms at my Catholic elementary school, including the nuns 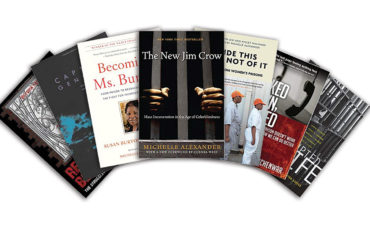 “The past is an inheritance, a gift, and a burden. It can’t be shirked. You carry it everywhere. There’s nothing for it but to get to know it.”
— Jill Lepore