When We Are Gone

When we are gone, our daughters will live on. Mine is a little girl with gray-green eyes, thick brown hair, and olive skin. She has an incredibly long name — Shengyeng Coraline Hokanson-Yang. Shengyeng is just beginning to learn about her place in the big, wide world.

I read an article about 3,000 children locked in facilities, separated from their mothers and fathers. Shengyeng saw the pictures of children no older than herself, tears streaking down faces. She asked, “Mommy, why are they in cages?”

I looked at her, standing beside me, hair pulled up with a flower, dress in the colors of the rainbow. Shengyeng’s fine eyes, bright with intelligence, her little head turned to the side. My heart was unsteady. The tears at the corners of my eyes fell.

I said, “They were taken away from their mothers and fathers.”

I see my beautiful mother — more girl than woman, 16 years old, standing beside my young father, watching as her mother walked away into the depths of the jungle, toward the sound of a rushing stream. It was 1978. The Americans had left Laos to a communist government that had declared genocide against the Hmong, my people, for having helped the Americans in the war.

My mother and her family, my father and his, had fled into the jungle to escape persecution, where they had lived in ragtag family groups, full of babies too afraid to cry. My mother and father — despite the men and the guns, the bullets that rained at them from the dark trees — had decided they were in love. They married, heedless of the concerns of the adults.

My mother stood with my father and watched as her mother walked away to carry water, to prepare supper, thinking there would be a next time. There wasn’t. My mother never saw her mother again. When the soldiers came with their guns, and the planes dropped their bombs, the jungle of Laos burned. The families inside it were dispersed in different directions.

I see myself. When I was Shengyeng’s age, I lived in a refugee camp, where Hmong people got food three days a week. We were held in place by a gate, and then men with guns. I remember thinking then that the camp was the entire world. I had never known anything else.

There was a single dirt road that led into the camp. Other people came in on dusty cars. They had cameras, notebooks, and pens. They took pictures. They drew and wrote things down. Then, they got into their cars, and they left.

We — the other children and I — stood in the exhaust of those leaving cars, wondering where they were going, what was on the other side. We stood inhaling the dirt and the dust, the smoke and the pollution, in our dirty clothes, looking at our dirty feet, until our mothers called us to them, pulled us into their arms, used their hands to brush off the dirt on us.

I see myself looking at my mother, my head tilted to the side, my round eyes staring at her from beneath the fringe of my bangs, asking, “Where are they going and why can’t we leave here?”

My mother had told me that one day I would know. She had said that this world I had been born into wasn’t all that the world had to offer. I wasn’t sure what she meant, but I did not ask because I saw the wash of liquid in her eyes.

I told Shengyeng that there was no good reason why these children were taken away from their mothers and their fathers. I told her that there could never be a good reason why families were separated. I brushed my hands through her hair, tangled with their knots, and I said to my daughter, “Somewhere in this world, or another, their mothers and fathers are waiting for them. They will always wait for them to return.”

Shengyeng’s little hands reached toward my face. She saw the streaks of wet running down my cheeks. She wiped the wetness away with her hands.

I smelled the baby shampoo — the sweet, warm scent of her — and I closed my eyes as I held her tight.

One day, when I am gone, Shengyeng Coraline Hokanson-Yang will live on. It is the feel of my arms that I want her to remember, the memory of my words, the knowledge that I, along with all the mothers and fathers in the world, will always be waiting for the safe return of our children, in a better world — a more beautiful and just world. 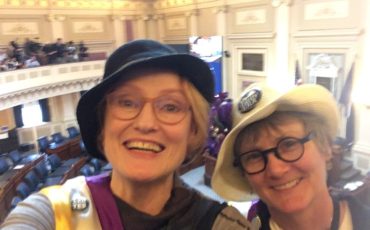 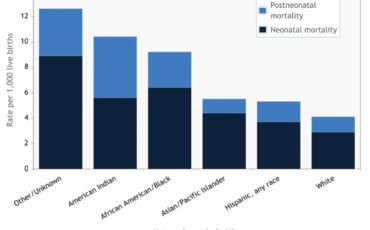 “For Black women in America, an inescapable atmosphere of societal and systemic racism can create a kind of toxic physiological stress resulting in conditions, including hypertension and pre-eclampsia, that lead directly to higher rates of infant and maternal death.” — Linda Villarosa 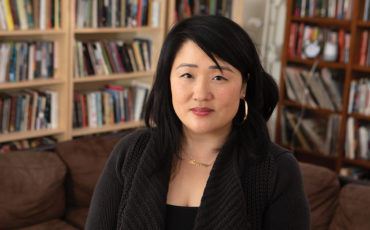 A Korean Adoptee Meditates on the Science Fiction Poetics of Creation and Sacrifice According to my paper birthdate, May 12,