Close to 800 million people are hungry. When we include indicators on malnutrition, the number is closer to two billion. The rural poor — the ones who grow food — are the most hungry and malnourished. The majority of them are women, children, and the elderly.

The United Nations has reported that we could lift at least 150 million people out of hunger and poverty by filling the gender gap in agriculture. We could impact millions more by investing in gender equality across sectors.

I am inspired by this, and have devoted my career to linking sustainable development, food security, and women’s empowerment.

I saw firsthand my mother’s struggles and her active involvement in the U.S. women’s movement. Thanks to her, I can honestly say that I was a feminist from my earliest days.

Later, I got involved globally, following the Beijing Conference on Women in 1995. Though I wasn’t able to go, I saw that 30,000 women attended from around the world. I wanted to be a part of that movement.

In the 2000s, I led a global network of leaders on macroeconomic policy, gender equality, and women’s rights. Trade, food security, and agriculture were important areas of focus. At a time when regional and globalized food markets were developing, I collaborated with women farmers around the world. I learned a great deal about the challenges related to scaling up production, fair trade, land use, and food supply.

I am also a foodie. It has been interesting to watch consumer knowledge around nutrition and food production converge over the last 20 years. This opens new opportunities for farmers and consumers to work together.

As the Director of Compatible Technology International (CTI), based in St. Paul, I get to focus my time on this important work.

Roots From Minnesota to Africa

CTI was founded in 1981 by a General Mills food scientist. Primarily working in Sub-Saharan Africa, the mission of CTI is to help farmers harvest, process, and preserve their crops at the farm level. We design and distribute simple tools. We provide training so that women farmers and their families
have more time, more food, and more economic opportunity.

We are focused on Sub-Saharan Africa because it has the highest numbers of people that are hungry and living in poverty. It also has the least amount of infrastructure and tools for farmers, who are working with traditional but nutritious crops such as millet, sorghum, beans and pulses (dried beans, chickpeas, lentils and peas).

We prioritize African women farmers because they do the majority of post-harvest processing. In fact, women often spend as many as 18 hours of their day processing grains and other crops. They beat crops with sticks, use a mortar and pestle, or rub rocks together — then prepare meals. This work is so laborious and time consuming that women have little time to do anything else.

Although Africa is changing, many countries still lack electricity and clean water. They also tend to lack stable food markets. Food often rots before it gets from the farm to the market, due to lack of refrigeration, preservation, storage, and transport. As much as one-third of nutritious grains and legumes are lost annually. The percentage of wasted fruits is as much as 45 percent. Unemployment is alarmingly high, particularly among young people under 25 years of age.

I strongly believe we can save women’s time, increase the supply of food, and create sustainable jobs with simple interventions. This will go a long way toward filling the gender gap and reducing hunger.

It is clear to me that by investing in women around the world, we will see a positive and long-lasting difference. I am proud to do this work from Minnesota.

Alexandra Spieldoch has served as Executive Director of Compatible Technology International since 2013 and brings over20 years of experience in the non-profit sector with expertise in gender, food security, agriculture, and economic policy. 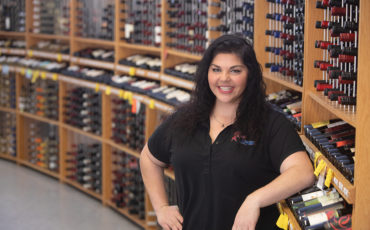 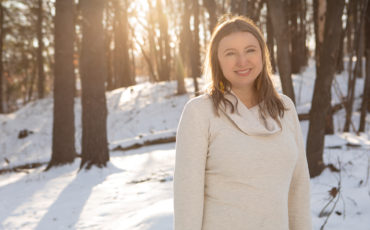 I was born to a mother whose Dakota ancestry defined how she interacted with nature. It was inherent. Walks in